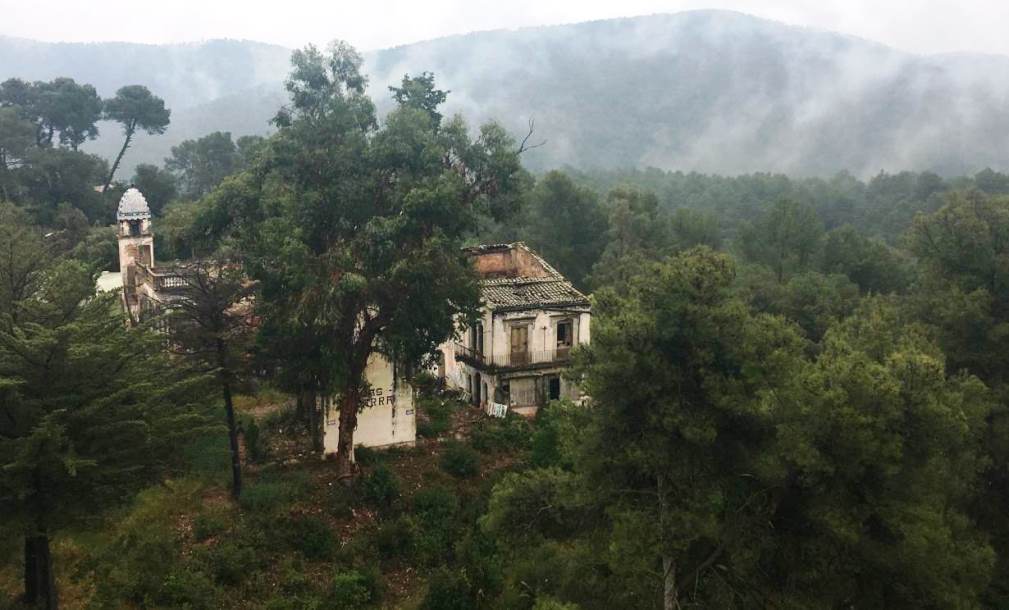 When the air pollution in China caused his son to fall seriously ill nearly three years ago, Miquel Utge knew he had to get his family as far away from city living as possible. The former chef took his family back to his Spanish homeland, moving to the mountains of Catalonia in the country’s northeast.

There, he bought a house in one of Spain’s hundreds of “ghost villages”—as dubbed by locals—a remote, nearly empty town where the family of four make up about half the total population. “We had to come back from China immediately and the best place that I found was this, with its pure air,” Utge reported to the Thomson Reuters Foundation.

Utge and his wife now run an artisanal textiles business, grow fruit in their orchard and have access to “exceptional medical professionals” for their son, he said. “Rural life here is very good.”

For some people, the ghost villages dotted around northern Spain, left over from half a century of economic migration from countryside to city, offer new opportunities and cheap property.

But for many locals and development experts, these villages – where an entire hamlet of several houses can be bought for less than 100,000 euros ($113,000)- are a sign of unchecked demographic decline and flawed economic policy. “There is a huge discussion in Spain over rural depopulation at the moment,” said Paul Soto, a senior policy expert at the Brussels-based European Network for Rural Development (ENRD), which is funded by the European Commission.

The phenomenon began in the ’60s and ’70s, Soto said, when mechanization made many agricultural workers redundant and masses of people moved to the cities looking for work. Since then, many rural areas have struggled to recover, a problem that is partly due to “the country’s whole model of economic development,” he added.

With Spain’s economy geared around developing tourism and construction on the coasts, the middle of the country is being neglected, he warned. 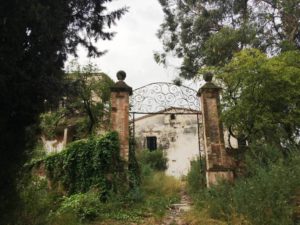 According to Elvira Fafian, founder of real estate firm Aldeas Abandonadas (Abandoned Villages) in Barcelona, there are about 1,500 abandoned hamlets across the country, most of them in northern provinces like Galicia and Asturias.

Her company sells three or four entire villages or large rural properties a year, she said, double what it sold a decade ago.

But her clients are very much in the minority, as young people continue to leave the economic stagnation of the countryside for better prospects in the city.

While 85% of Spain’s territory is made up of rural areas, only 20% of the population live in them, according to a recent report by the European Association for Information on Local Development (AEIDL), a non-profit also based in Brussels.

The European Union considers an area “sparsely populated”, and therefore at risk of depopulation, when it has fewer than eight residents per square kilometer.

When the population in an area thins out drastically, the remaining residents can face “a lack of economic dynamism and limited access to services and infrastructures”, an issue that has now reached a “critical point”, the AEIDL report warned. “What is really lacking is a vision of the potential that rural areas have in today’s world,” said Soto of the ENRD.

He noted that Spain’s abandoned villages could be repurposed to house large projects, such as commercial production sites or 3D-printing facilities, at a fraction of what it would cost to keep them in a city.

Some of Spain’s policymakers see reversing depopulation as a priority in the country, where official census data showed that in 2017 deaths outpaced births at the fastest rate since records began in 1941.

Depopulation is “one of the most complex demographic and territorial processes affecting Spain, and it requires more decisive action,” said Ignacio Molina de la Torre, director of the government’s Commission for the Demographic Challenge.

The government recognizes the need to turn rural areas into “spaces of opportunity” that take advantage of local resources, De la Torre said in emailed comments. To do this, it needs to improve digital connectivity, repurpose industrial spaces and repopulate residential areas, among other measures, he stressed.

The government also plans to set up anti-depopulation offices in areas that “require urgent action due to their economic and social vulnerability,” he added.

Concerns over the emptying of rural Spain are driving several revival initiatives to try to bring people back to the countryside.

The Living Villages project offers free information and guidance to anyone considering a move to the countryside, including help finding a property, work and social contacts.

A three-year trial of the project, which began in 2016 in the arid northeastern region of Aragon, will finish later this year.

So far, about 25 families have used the service to relocate, mostly from Spanish cities but also from France and Latin America, said Patricia Sanchon, a manager at the non-profit CEDER Somontano, which runs Living Villages.

The project helps the parents find new jobs as shepherds or handymen, giving them the chance to become what the group’s website calls “the agents of the revitalisation and development of rural communities”. 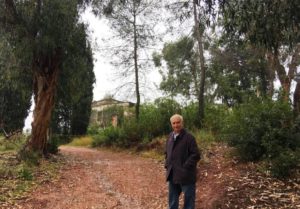 Pablo Nuno stands in front of his former property, a 12th Century farmhouse in the countryside north of Barcelona, May 3, 2019.

Pablo Nuno wanted to play his own part in revitalizing the countryside when he bought a large 12th-century farmhouse in a tiny hamlet north of Barcelona nearly 20 years ago.

His plan was to turn the house in Molins de Rei into a hotel, to bring visitors and business back to the area, but he was eventually put off by the strict regulations on the listed building.

Two years ago, Nuno, a 78-year-old entrepreneur, sold the house to a French family. But today it sits empty and dilapidated, with two or three smaller properties and a medieval church as its only neighbors.

Nuno lamented the emptying of rural areas that he has witnessed over his lifetime, including the village where he grew up a few hundred kilometers from the farmhouse.

He remembered there being more than 600 people living in his village when he was young. Now there are closer to 100 residents.

Nuno’s failed attempt to give new life to even a small part of Spain’s emptying countryside has left him saddened and frustrated. “I bought the farmhouse for its history, as an investment and to set up a business,” he said. “But it was very hard to get off the ground.”

All photos are courtesy of Thomson Reuters Foundation/Sophie Davies.

This article by Sophie Davies (edited by Jumana Farouky and Zoe Tabary) originally appeared on the website of the Thomson Reuters Foundation. Reprinted here (with minor edits) by permission.