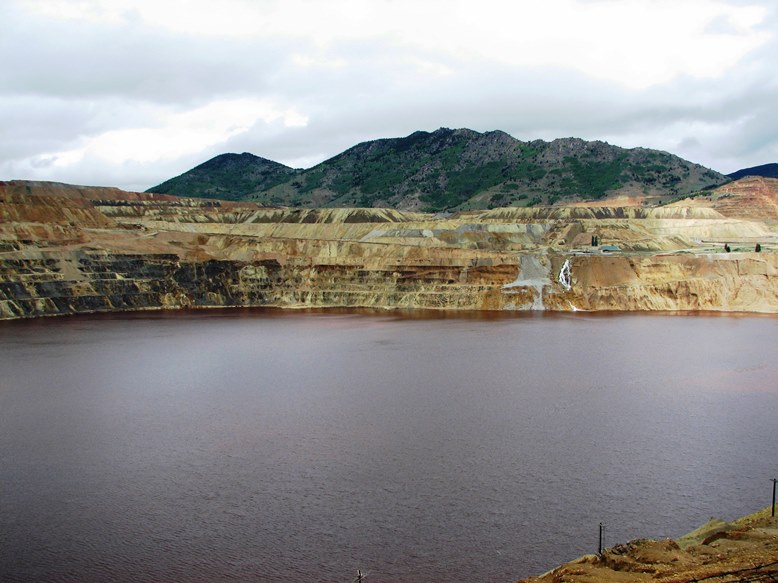 Inside a new microbrewery on a warm autumn evening, a woman in gauzy fairy wings sang indy rock and played the ukulele.

It would have been an unremarkable scene in Portland or Los Angeles, but this was Butte.

Butte is a southwestern Montana town best known for the Berkeley Pit, a toxic lake in an old copper mine that’s part of the nation’s largest Superfund site.

Butte power-couple Courtney and John McKee of Headframe Spirits want to use the story of the Orphan Girl mine, the namesake of their bourbon cream liqueur, to convey the “untold history of Butte.”

On the public side of things, city planner Julia Crain helped start a group called the Butte Idea Exchange to engage more young professionals in community development. The goal is to determined to halt the exodus of young people from the town.

The group listed Butte’s assets, and asked what people still wanted. The answers: More family activities, and things like community gardens, a livelier nightlife and arts scene, and better recycling programs. Basically, people wanted a New West economy and culture, and didn’t want to have to go to Missoula to get it.

The group started encouraging young leaders to participate in the school board, the historic preservation board and in economic development groups like McKee’s, and they’re trying to turn abandoned lots into small parks.

But to really grow, Butte will still have to attract new transplants, and that’s an ongoing challenge. “It has a reputation to overcome,” says Ray Rasker, the executive director of Headwaters Economics in Bozeman. Take the Berkeley Pit. “That’s pollution tourism. You’re telling the world you’re one of the most polluted places in the world.”

On the other hand, he says, “People throughout Montana really respect Butte because they have a can-do spirit. That’s worth marketing. They are scrappy people, and they get it done.”