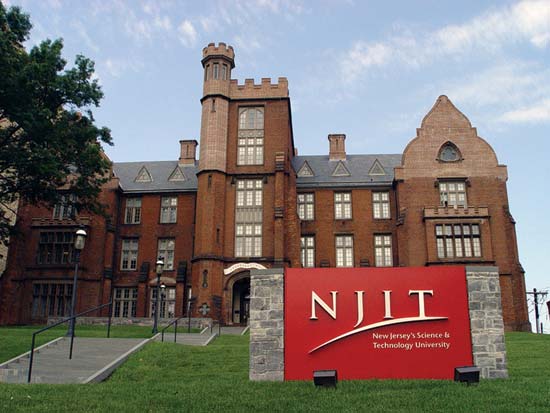 The U.S. Environmental Protection Agency (EPA) has awarded a $3 million grant to a team of sustainability experts at New Jersey Institute of Technology (NJIT) who provide technical assistance to communities working to transform contaminated properties into clean and productive land.

Formed in 2008 with funding from the EPA, the TAB team has spent the past several years working with groups – from states, to towns, to non-profit organizations – in the agency’s Region 1 and Region 3 states in New England and the mid-Atlantic, respectively. The new grant will allow NJIT to continue providing its free scientific, engineering and planning advice to communities in those areas, while expanding the university’s program into the Southeast, from Kentucky to Florida.

“We are thankful to the EPA for the agency’s continued confidence in our program, since it will allow us to continue to help transform and return underutilized properties to productive use, thereby improving environmental conditions, increasing the tax base, creating jobs and strengthening communities,” said Colette Santasieri, TAB’s director, who added that the team looks forward to “working with hundreds of communities throughout much of the Eastern United States over the next five years.”

The TAB program continues to thrive, Santasieri said, because it succeeds on two levels. While the team puts on broad educational programs, from webinars to conferences, it also works directly with communities to address their specific needs. The team helps them develop “big picture” strategies for redeveloping sites, while working through issues such as community engagement, funding, regulatory requirements and resilient design.

“Every community is different, as are its needs and challenges, and we are able to provide individualized technical support,” she said.

The team has, for example, prepared a plan for the redevelopment of brownfield sites along a four-mile stretch of the Jefferson Davis Highway corridor in Richmond, Virginia. It also created a widely deployable tool to guide communities looking to locate green infrastructure, such as bioswales and rain gardens, to manage storm water runoff on brownfield sites. TAB recently conducted a workshop designed to engage young people in brownfield planning and advocacy. In addition to Santasieri, NJIT’s TAB team includes Sean Vroom and Elizabeth Limbrick.

There are an estimated 450,000 abandoned and contaminated sites in the United States, according to the EPA. Since the inception of its Brownfields program in 1995, cumulative investments have leveraged more than $21.6 billion from a variety of public and private sources for cleanup and redevelopment activities, resulting in approximately 113,000 jobs nationwide.

“The EPA’s brownfields program improves communities by cleaning up toxic pollution that can pose a threat to public health and the environment,” said EPA Regional Administrator Judith A. Enck, in a press release this week announcing a total of $11 million in funding for brownfields programs. “Much of the funding announced today will benefit low-income communities — places where environmental cleanups and new jobs are often most needed.”

“The EPA has increased funding this round for each region because the agency sees the value of providing direct technical assistance to communities that are having trouble navigating the clean-up and redevelopment process,” Santasieri said.