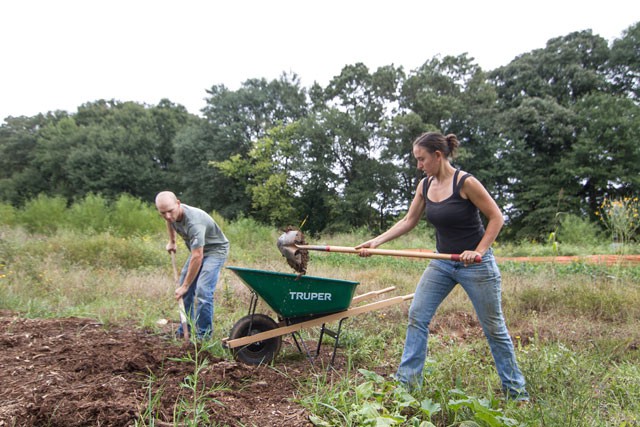 On a four-acre plot of land in Adair Park, seeds are sprouting from dirt. Once a contaminated lot where buses were repaired, the land along the Atlanta Beltline‘s Westside Trail is becoming an urban farm. After undergoing an EPA cleanup and a crowd-sourced funding campaign, the farm now yields produce that is sold to local restaurants.

The current harvest includes microgreens, like buckwheat and arugula, and sunn hemp, a legume. The site is one of several that Atlanta Beltline Inc. plans to build around the project’s 22-mile loop.

“These farms … can really raise up the whole area because they give people a place to go, [and] food where there may not be,” Susan Varlamoff, of the University of Georgia’s College of Agriculture and Environmental Sciences and a lead partner in the initiative, says. “[It] provides exercise, it’s a safe place to be, and it creates a sense of pride for people.”

The farm’s success can largely be attributed to Andy Friedburg and Andrea Ness, the two farmers who were selected by Atlanta Beltline, Inc. to farm its property located at at Allene Avenue and Catherine Street toward the end of last year.

Ness says the two were drawn to the site in part because they would not just learn “how to make good food, but how to take damaged land and make it into clean soil” — a critical component of urban farming.