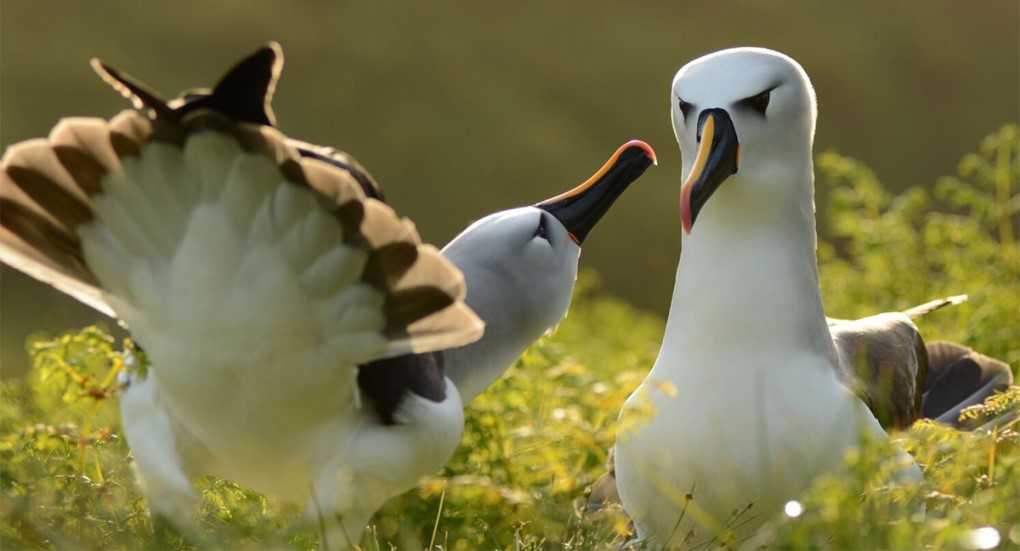 Restoring islands by eradicating damaging, non-native invasive mammals such as rats, cats, goats, and pigs has repeatedly proven to be a high impact conservation action. New research published in PLOS ONE shows this conservation action can have a major contribution towards stemming the global extinction crisis by identifying 107 islands that could have eradication projects initiated by 2020, and 62 islands where projects could be initiated by 2030, to benefit 9.4 percent of the Earth’s threatened island species.

The paper, titled “Globally Important Islands Where Eradicating Invasive Mammals will Benefit Highly Threatened Vertebrates,” used biological and geographic data compiled for 1,279 islands with 2,823 populations of 1,184 bird, reptile, mammal and amphibian species listed as Critically Endangered or Endangered on the IUCN Red List of Threatened Species™ – the world’s most comprehensive information source on the conservation status of animal, fungi and plant species.

“Eradicating invasive mammals from islands is a powerful way to remove a key threat to island species and prevent extinctions and conserve biodiversity,” stated Dr. Nick Holmes, lead author on the study and Director of Science at the international biodiversity conservation nonprofit, Island Conservation, “This study is an invaluable global assessment of where these future conservation opportunities exist and supports regional and national decision-making about where and how to prevent extinctions.”

Practical criteria were applied to consider the technical and socio-political feasibility of eradicating damaging non-native invasive mammals. In total, 54 experts contributed to the assessment which considered whether these island restoration actions would be socio-politically feasible to initiate before 2020.

The paper represents an important global collaboration coming together to recommend practical actions where progress can be made against the global species extinction crisis. Fifty authors representing more than forty institutions from around the world contributed to publishing this paper, including non-government organizations, government, and academic institutions.

“Through the UN Convention on Biological Diversity and the UN Sustainable Development Goals, the global community has agreed to halt the loss of biodiversity and preventing extinctions by 2020. Eradicating the non-native invasive species on the priority islands identified through this research would significantly contribute towards meeting this important target,” said Co-author Piero Genovesi of the IUCN SSC Invasive Species Specialist Group.

Stuart Butchart of BirdLife International stated, “This research highlights an extraordinary opportunity to deliver disproportionate conservation benefits from applying proven methods of island restoration. We can now target conservation funds at the key locations where they will deliver the greatest benefits for native biodiversity.”

The study highlighted restoration opportunities including: 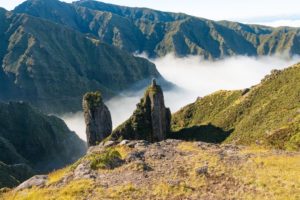 Islands represent both a unique conservation need and opportunity. Islands total only a small fraction of our planet’s land area and host a disproportionately higher rate of extinction and endangerment per unit area than continents. For this reason, investing limited conservation funds on islands provides a high return on investment.

There are ~465,000 islands in the world, yet they comprise just 5.3% of the Earth’s terrestrial area. Islands have been epicenters for extinctions: Islands have hosted 75% of known bird, mammal, amphibian and reptile extinctions since 1500. Islands provide critical refuges for highly-threatened species, currently supporting 36% of bird, mammal, amphibian and reptile species that are classified as Critically Endangered on the IUCN Red List.

Invasive species devour eggs, young and even adults of native animals and plants, spread invasive seeds, and destroy vegetation. Islands offer hope that we can prevent extinctions and protect biodiversity.

Eradication of invasive mammals from islands is a proven conservation and restoration tool. More than 1,200 invasive mammal eradications have been attempted on islands worldwide, with an average success rate of 85%. Larger more remote and technically challenging islands are being successfully cleared of invasive species populations each year. Many of these investments have resulted in remarkable stories of restoration success, including the recovery of globally threatened species.

Island Conservation is the only global, not-for-profit conservation organization whose mission is to prevent extinctions by removing invasive species from islands. We work where the concentration of both biodiversity and species extinction is greatest – islands. Removing a primary threat – introduced invasive vertebrates – is one of the most critical interventions for saving threatened plants and animals and restoring island ecosystems. Once invasive species are removed, native island species and ecosystems can recover, often with little additional intervention. To date, we have successfully restored 63 islands worldwide, benefiting 1173 populations of 468 species and subspecies. IC is headquartered in Santa Cruz, CA with field offices in British Columbia, Chile, Ecuador, Hawai’i, New Zealand, Palau, and Puerto Rico.

Coastal Conservation Action Lab at UCSC: Our lab brings science and action together to solve conservation problems. We use science to identify and prioritize conservation problems. We then work with agencies and NGOs to develop and test cost-effective solutions that can be taken to scale. Much of our work has focused on seabirds and island ecosystems, but we will apply our approach to any ecosystem where it can make a profound difference.

BirdLife International is the world’s largest nature conservation Partnership. Together we are 120 BirdLife Partners worldwide – one per country – and growing with 13 million members and supporters, over 7,000 local conservation groups and 7,400 staff.

BirdLife’s vision is a world rich in biodiversity, where people and nature live in harmony. We are driven by our belief that local people, working for nature in their own places but connected nationally and internationally through our global Partnership, are the key to sustaining all life on this planet. This unique local-to-global approach delivers high impact and long-term conservation for the benefit of nature and people.

BirdLife is widely recognised as the world leader in bird conservation. Rigorous science informed by practical feedback from projects on the ground in important sites and habitats enables us to implement successful conservation programmes for birds and all nature.

IUCN is a membership Union uniquely composed of both government and civil society organisations. It provides public, private and non-governmental organisations with the knowledge and tools that enable human progress, economic development and nature conservation to take place together.

Created in 1948, IUCN is now the world’s largest and most diverse environmental network, harnessing the knowledge, resources and reach of more than 1,300 Member organisations and some 13,000 experts. It is a leading provider of conservation data, assessments, and analysis. Its broad membership enables IUCN to fill the role of an incubator and trusted repository of best practices, tools, and international standards.

IUCN provides a neutral space in which diverse stakeholders including governments, NGOs, scientists, businesses, local communities, indigenous peoples organisations, and others can work together to forge and implement solutions to environmental challenges and achieve sustainable development.

Working with many partners and supporters, IUCN implements a large and diverse portfolio of conservation projects worldwide. Combining the latest science with the traditional knowledge of local communities, these projects work to reverse habitat loss, restore ecosystems and improve people’s well-being.