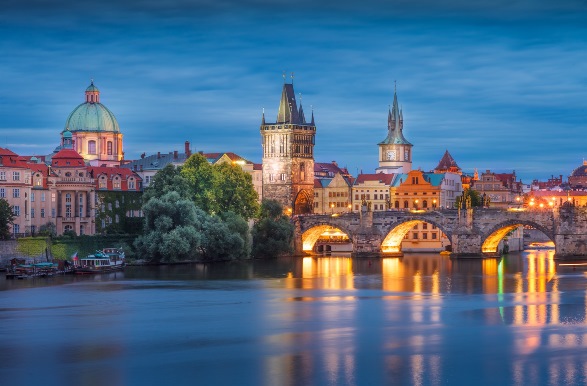 To further reach out to cities, foster the exchange of best practices and the development of urban strategies, the European Commission launched a new web portal for cities on October 12, 2016.

Answering a need expressed by numerous cities in the development of the Urban Agenda for the European Union (EU), the new “One-stop shop” portal provides up-to-date information on EU policies such as climate change adaptation, mobility, or circular economy that directly impact cities and urban areas. Urban stakeholders can also get clear information on financing opportunities under the different EU funding instruments and on events related to urban development.

It will help cities to address challenges such as affordable housing, energy efficiency or accessibility, by making the most out of EU funding opportunities.

In addition, the new Urban Data Platform, hosted on the Knowledge Centre for Territorial Policies operated by the Joint Research Centre, provides a single access point to common indicators on the status and trends in over 800 European urban areas – on demography, economic development or access to services, for example. This database will enable urban authorities and stakeholders to compare data, benchmark and monitor, which is one of the aims of the Urban Agenda.

“Over 70% of the EU’s population lives in urban areas; it is here where the transition to a green economy is being decided. Cities play a crucial role in the activation of citizens and consumers and in promoting change by investing in energy-efficient renovation of buildings, making transport more sustainable, raising citizens’ awareness, implementing new technologies, supporting vulnerable consumers and much more. Therefore we are launching instruments which will enable cities to experiment with new ideas and see if they are feasible and useful” said European Commission Vice-President for Energy Union Maroš Šefčovič on the occasion of the presentation of the two tools in the context of the European Week of Regions and Cities.

Commissioner for Regional Policy Corina Creţu added: “These platforms represent what the Urban Agenda is all about: connecting and learning from each other. I will soon have the pleasure to go to Quito for the UN Habitat III conference and present our Urban Agenda. I believe it can set an example for other regions of the world.”

In partnership with UN Habitat, the U.N. programme working towards a better urban future, the Commission also released today the State of European Cities Report. It supports the Urban Agenda by assessing the performance of European cities with regards to its priority themes: jobs and skills, fight against poverty, shift towards a low-carbon economy. This analytical work enables mayors to evaluate the performance of their cities while encouraging peer learning.

The work on the Urban Agenda for the EU will be presented next week in Quito during the United Nations Conference on Housing and Sustainable Urban Development (Habitat III) taking place from 17 to 20 October. It will contribute to a global “New Urban Agenda” adopted there, which will reflect the world’s shared vision and joint commitment to harness the potential of rapid urbanization for sustainable development across its social, environmental and economic dimensions.

The Pact of Amsterdam (30 May 2016) and the Council Conclusions (24 June 2016) launched the Urban Agenda for the EU and laid out its key principles. At the heart of the Urban Agenda, 12 partnerships allow cities, Member States, EU Institutions, NGOs and business partners to work together on an equal basis to find common solutions to improve quality of life in European urban areas.

By January 2017, four new partnerships will be launched: on circular economy coordinated by Oslo (Norway); on digital transition coordinated by Estonia, Oulu (Finland) and Sofia (Bulgaria); on urban mobility coordinated by the Czech Republic and Karlsruhe, Germany as well as on jobs and skills coordinated by Romania, Rotterdam, The Netherlands, and Jelgava, Latvia.