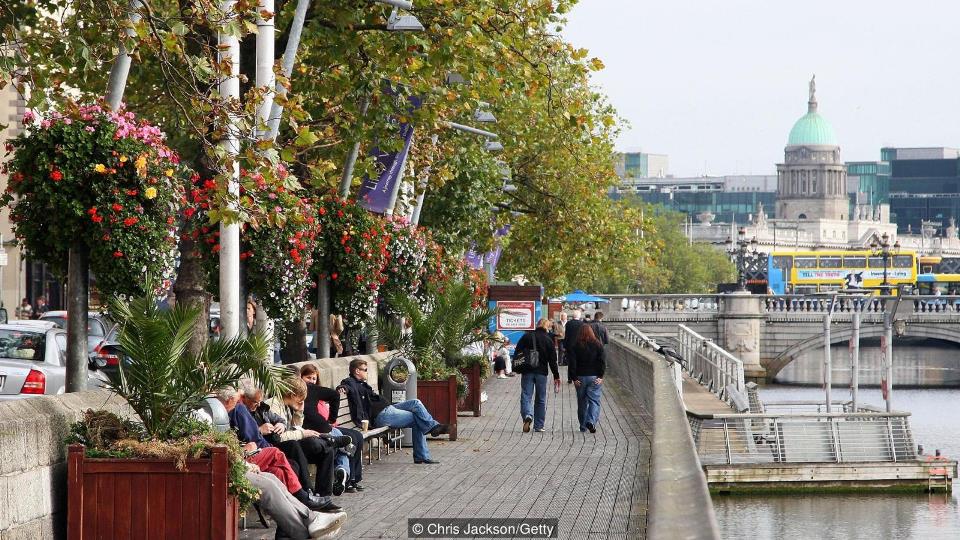 Growing a reputation as Europe’s “Silicon Valley”, Dublin is attracting new businesses from around the world – and they’re bringing a host of expats to Ireland with them.

More than 600 American companies alone – including Facebook and Pfizer – have moved part of their business to the Emerald Isle in the last few years, employing more than 100,000 workers and taking advantage of the appealing 12.5% corporate tax rate.

Despite the recent growth, however, the city is a still a place where tradition thrives.

“Most people like to get together after work or during the weekend for a pint,” said Julie Eboutou, who volunteers for expat organisation InterNations and is originally from Yaoundé, Cameroon. “Drinking beer can be considered as a ‘tradition’ in Ireland, and especially in Dublin!”

While bad urban planning destroyed much of Dublin’s older architecture during the city’s rapid 20th-century growth, historic Georgian buildings – marked by a symmetrical design that’s influenced by classic Greek and Roman architecture – can still be found in parts of the city, particularly in Fitzwilliam Square, 2km south of central Dublin.