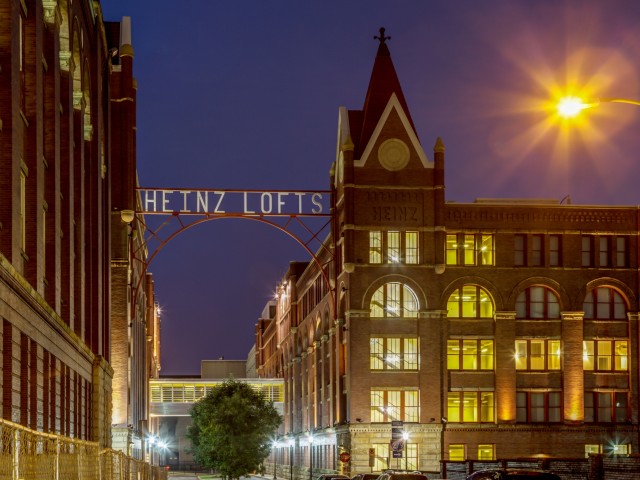 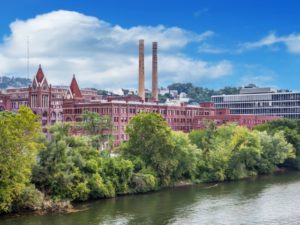 The $37 million renovation began in 2015. Built in 1930, the stately red brick structure previously housed an auditorium and office space for Heinz employees. As a Historic Tax Credit project, much of the building’s original grandeur and architectural flourishes have been maintained throughout the structure.

On Pittsburgh’s North Shore along the Allegheny River, five historic buildings that once comprised the Heinz food processing plant now make up a unique and exciting residential complex that continues to grow. Built in the early 1900s, the buildings that once housed commodities like meat, beans and cereal already offer 267 high–end units, with the new project adding 150. 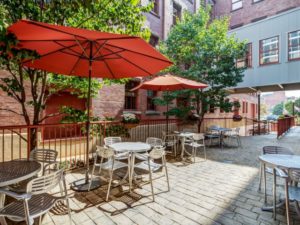 At first sight, John Ferchill knew the storied Heinz food processing operations on the North Shore of downtown Pittsburgh would be a perfect place for urban dwellers to call home. He purchased the decade-long abandoned property in 2001 and embarked on a plan to convert it into Pittsburgh’s largest multi–family housing development in nearly a decade. The $72 million Heinz Lofts project officially opened in November 2005, just 15 months after construction began.

Five of the buildings were built between 1912 and 1913, offering plenty of potential to catalyze additional redevelopment in the adjacent neighborhood. The Ferchill Group solved the problem of lack of indoor parking – a much desired amenity in Pittsburgh’s winter climate– by converting one of the buildings into enclosed, secured parking. To further resident convenience, the five buildings were connected with enclosed sky bridges. 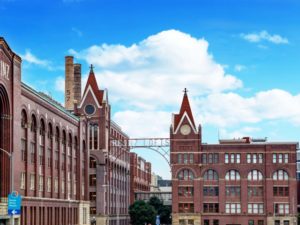 Within five months of completion, the Heinz Lofts project was over 60 percent leased. Similar popularity is expected at Heinz at 950. “Besides being gorgeous and really convenient, living in Heinz Lofts offers residents the chance to truly experience the ‘new’ Pittsburgh. The lofts are modern and luxurious while retaining the old steel town charm that makes this city such a great place to live,” says Ian Rosenberger, a Heinz Lofts resident.

Added to the list of Pittsburgh historic landmarks in 2004, the Heinz complex in Pittsburgh’s unique Strip District has been reborn as apartments that boast stunning 1890s architecture on the outside, with sleek contemporary interiors and upgraded modern amenities. 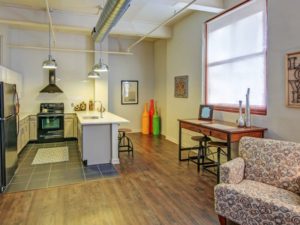 One, two, and three-bedroom floor plans are available with an abundance of natural light, and gourmet kitchens with new fixtures and built-in breakfast bars. Modern perks like in-home washers & dryers contrast with original construction details like exposed brick and painted wood ceilings.

All photos courtesy of Heinz Lofts.