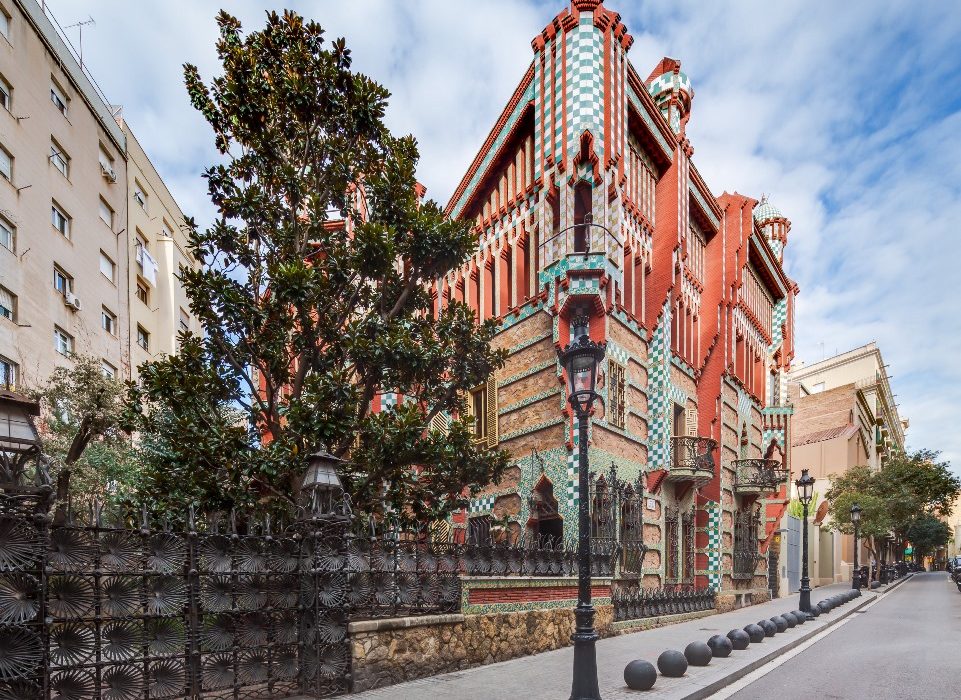 The first residence ever designed by famed Catalan architect Antoni Gaudí is now being restored. It was built in Barcelona, Catalunya, Spain between 1883-1885 for a local businessman. 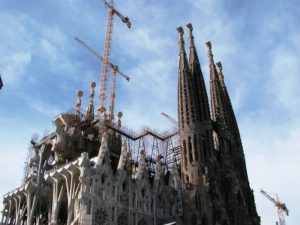 Gaudí left his mark all over lovely Barcelona, with the most famous–of course–being the basilica Sagrada Familia, whose construction started in 1882, and is scheduled to be completed in 2026 (no: that’s not a typo). Gaudí’s work on the building is part of a UNESCO World Heritage Site.

The design of Sagrada Família was originally assigned to architect Francisco Paula de Villar with Gaudí becoming involved in 1883 after Francisco resigned. Gaudí transformed it, combining Gothic and curvilinear Art Nouveau forms. Gaudí devoted his last years to the project, and at the time of his death at age 73 in 1926, less than a quarter of the project had been completed. 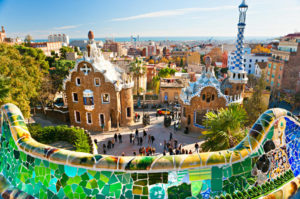 Another of Gaudí’s projects, Park Güell, is one of the most-photographed places in Spain. It’s a public park comprising gardens and architectonic elements located in La Salut, a neighborhood in the Gràcia district of Barcelona. With urbanization in mind, Eusebi Güell assigned the design of the park to Gaudí. It was built between 1900 and 1914, and was officially opened in 1926. In 1984, UNESCO declared the park another World Heritage Site under “Works of Antoni Gaudí”. Gaudí’s playful, colorful, often-flamboyant style motivated the stuffy British to turn his name into the pejorative “gaudy”.

Now, Barcelona architectural firms Martínez Lapeña-Torres Arquitectes S.L.P. and Daw Office S.L.P. Work are restoring Gaudi’s first house project, which is yet another of the eight Gaudí projects that have been designated as a World Heritage Site.

is a modernist building in the neighborhood of Gràcia on Carrer de les Carolines, 24. It is considered one of the first buildings of Art Nouveau and was the first house designed by Gaudí. It helps explain the character of his work and also a new chapter in the history of modern architecture.[1] 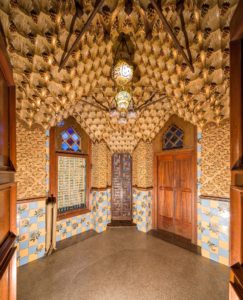 The style of Casa Vicens is a reflection of Neo-Mudéjar architecture, one of the popular styles that can be seen throughout Gaudí’s architecture, including oriental and neoclassical as well. However, what was unique about Gaudí was that he mixed different styles together and incorporated a variety of different materials, such as iron, glass, ceramic tiles and concrete, many of which can be seen in this building. Gaudí broke away from tradition and created his new language of architecture, and Casa Vicens represents a new chapter in the history of Catalan architecture as well as the beginning of a successful career for Gaudí.

The Casa Vicens was commissioned in 1877 by Manuel Vicens i Montaner, an owner of a brick and tile factory living in Barcelona at the time.

This early work exhibits several influences, most notably the Moorish (or Mudéjar) influence. Casa Vicens marks the first time Gaudí utilized an orientalist style, mixing together Hispano-Arabic inspiration. This was a style of architecture that completely breaks with the norm of the period. Not only does this house mark Gaudí’s coming of age, being his first major work of architecture, but it also represents the flowering of Catalan modern architecture.