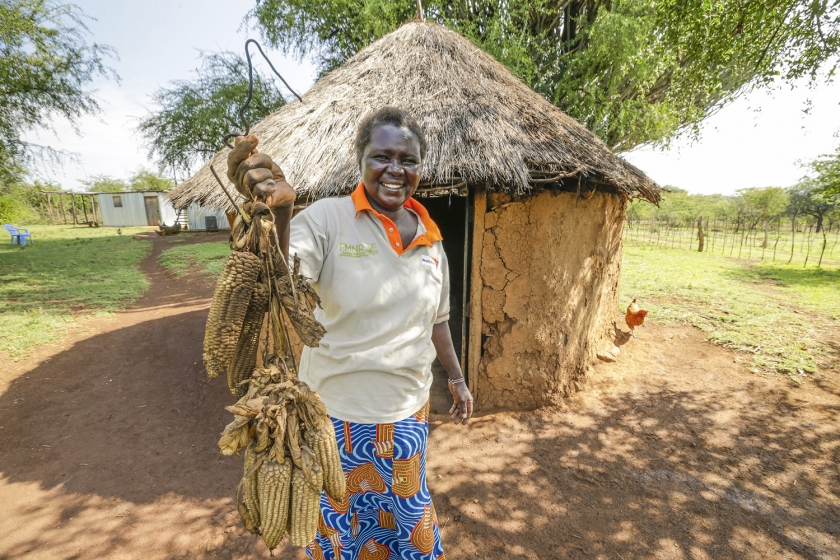 In Baringo County, KenyaIvan Kiptui, project officer for World Vision says “You should always ask people what they want, get their opinion and involve them. That’s the only way they can feel ownership and have a successful project.”

His job is to train people in farmer-managed natural regeneration, a methodology that helps farmers manage their land in a way that will preserve or improve the ecosystem, building upon indigenous knowledge and the latest approaches adapted to the landscape.

Nancy Kemboi, a mother of five, has been a farmer all her life. She has 17 cows and 20 chicken and lives in a semi-arid landscape. Before she would cut all the trees on her land, not realizing the importance of indigenous trees, and wait for grass to grow, unaided, where her cattle could graze.

They would have enough food until the dry season hit and then there would be no more. To get money to buy grass, they would resort to destroying the forest for charcoal and firewood to make a quick buck.

But since 2015, when Kemboi learned about farmer-managed natural regeneration, she understands that with the growing population and the growing number of cattle, there is an urgent need to become an agro-pastoralist, growing crops in a more efficient and eco-friendly way. 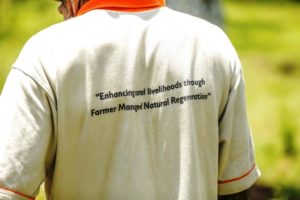 She now grows grass and stores it in a facility where it doesn’t get wet and rot, where it is kept until drought hits and she needs it to feed her livestock. She also now leaves the indigenous trees in her fields because they allow the grass to grow better due to the shade and retention of moisture.

The indigenous trees she kept all have a specific purpose: they provide fodder for her cattle (the bark is very nutritious), firewood, medicine, some attract bees and in general, they are resistant to drought and termites. She puts their leaves and spikes on the ground to cover the soil and become humus.

The trees that pop up, but which she deems unsuitable, she removes and uses to fence off her property. The ones that she decides to keep, she will prune carefully because although indigenous trees grow slower than exotic ones, the right pruning helps them grow faster. She also tries to revive and regenerate shrubs and trees which is cheaper than planting new ones.

Kemboi has also put terraces in her plots to reduce soil erosion and retain water, and she is growing crops in a more efficient way, planting potatoes, cabbage, tomatoes and various other vegetables in between maize and fruit trees. The fruit trees attract bats and birds and increase the biodiversity of the ecosystem.

In the past four years, Kemboi has been a model farmer for the farmer-managed natural regeneration system and has trained ten other farmers. “My life has improved drastically,” she says. “Because I have a diversified income now, from my maize crops, vegetables and beekeeping, I was able to buy a better breed of cows and these give a lot more milk, so I am making more money.”

The farmer-managed natural regeneration project also trains troubled youth to give them a chance to return to the land. “They practice free prior and informed consent, a series of stakeholder engagement guidelines and rules that were developed with support from the Ministry of Environment and Forestry as part of UN-REDD Programme’s targeted support to Kenya through the United Nations Development Programme,” says Judy Ndichu, Technical Coordinator for the Forest Carbon Partnership Facility in Kenya. “It gives the opportunity for communities to participate in the decision-making process on projects regarding the forests their livelihoods depend on.”

“Beyond sequestering carbon, and therefore contributing to global mitigation goals, landscape restoration enhances food security, increases resilience and conserves biodiversity. If applied at scale, the benefits can be seen in terms of both improved ecosystem health and higher levels of human development,” says Gabriel Labbate, Global Team Leader for the UN-REDD Programme.

One of Kemboi’s farmers that she has trained, David Korrir, says, “This land is my gold. I invest in agroforestry, planting vegetables amongst different varieties of fruit trees like mangos and papaya, so I can harvest something all the time and never go hungry. Future generations will benefit from my farm and its indigenous trees which brought back the birds and the bees.”

Led by El Salvador and joined by over 70 countries from all latitudes, the United Nations General Assembly proclaimed 2021–2030 as the Decade on Ecosystem Restoration. This action positions the restoration of ecosystems as a major nature-based solution towards meeting a wide range of national priorities, thus growing the global restoration economy.

All photos courtesy of UNEP.

This article originally appeared on the website of the United Nations Environment Program (UNEP). Reprinted here (with minor edits) by permission.