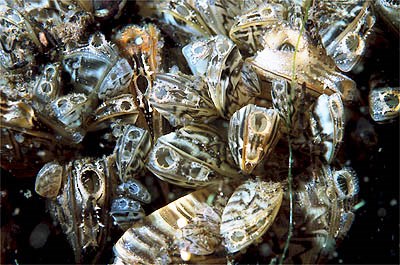 Crowdsourcing is the form of the latest effort to restore the Great Lakes and other bodies of water infested by invasive mussels. The bivalves were brought in from other parts of the world by freight ships.

Weak federal regulations in the U.S. and Canada created this mult-billion-dollar-per-year problem that damages infrastructure and devastates wildlife. The freighters were allowed to dump their bilge water—which was full of eggs and larvae—when they arrived.

Now, the U.S. Bureau of Reclamation has launched a new prize competition seeking innovative solutions for the 100% eradication of invasive quagga and zebra mussels from large reservoirs, lakes and rivers in a cost-effective and environmentally sound manner.

Solutions may be novel treatments or approaches that build upon existing treatments. They must be specific to invasive mussels without significant harm to non-target organisms such as native mussels or threatened and endangered species. They must already be in compliance with existing federal discharge permits and environmental protection regulations or must be implementable with reasonable modifications to existing regulations. Successful treatments must be cost-effective and scalable to large water bodies.

The challenge will consist of three stages. Stage one is a theoretical challenge. It requires the submission of a white paper that describes novel treatments/methods for open-water mussel eradication. Reclamation is making a total prize purse of $100,000 available, to be divided among a maximum of five winners. If successful, stage two is planned to provide proof-of-concept in a laboratory-scale demonstration.

The Bureau of Reclamation is collaborating in this effort with the U.S. Geological Survey, the U.S. Army Corps of Engineers, and Molloy & Associates.

This prize competition is part of a series of initiatives that were developed through a collaboration with western governors and federal, state and Tribal agencies and highlighted by Secretary of the Interior Ryan Zinke last June.

Photo of zebra mussels by GerardM via Wikipedia.