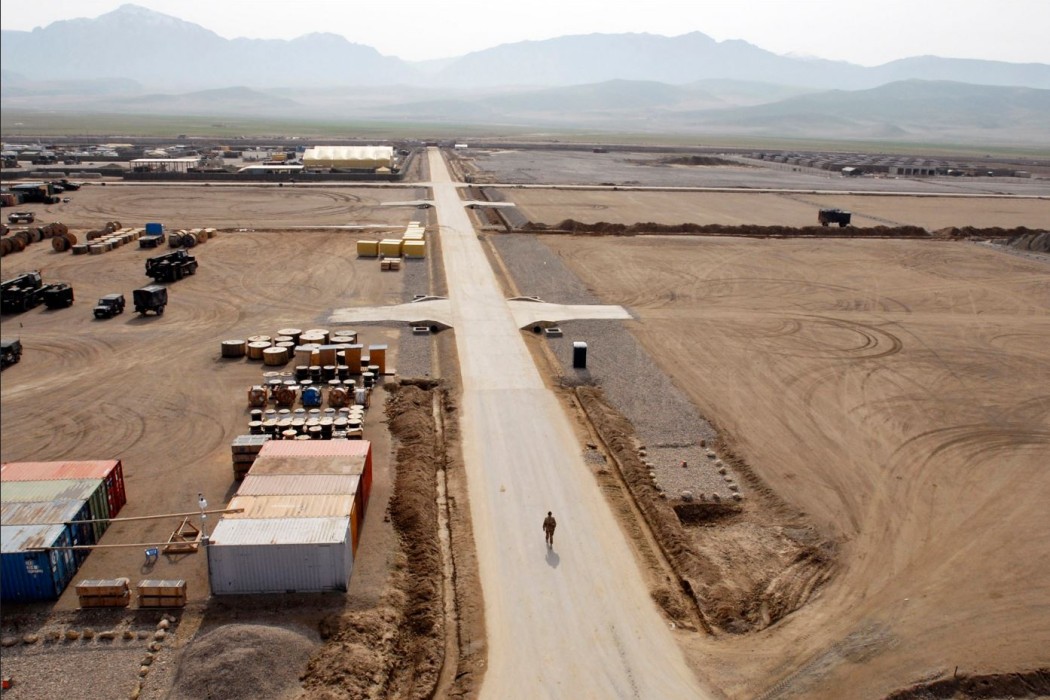 At a five-star hotel in Dubai, nearly 200 people in suits and military uniforms flipped through color-coded maps outlining the perks available if they bought space in soon-to-be-vacated U.S. air bases in Afghanistan.

Atta Mohammad Noor, the acting governor of Balkh province in northern Afghanistan, showed the crowd a promotional video set to upbeat folk music with polished images of natural resources and infrastructure. Slides promised “good security” and a “smooth environment” if investors put money in the Mazar-e-Sharif air base.

One way to get more cash is to turn military bases into economic zones. As U.S. and NATO forces slowly exit, they’re leaving behind massive compounds equipped with power, storage, water and residential facilities.

“Eventually when you create jobs and employment, security will become less and less of a factor,” Daoud Sultanzoy, a special adviser to Ghani who oversees the Afghanistan Airfield Economic Development Commission, said in an interview (a safe distance away) in Dubai. “Right now is the best time for the keen-eyed investors to come in at the ground floor.”

He said the bases are an ideal space for maintenance, information technology, service and packing industries, as well as the oil, gas and agriculture sectors.

Talks are under way to transfer three of eight major U.S. bases to Afghan authorities in the next few months: Herat, Kandahar, and Mazar-e-Sharif. Some sections of the bases will continue to house coalition forces and serve as posts for the Afghan military. The bases are also home to civilian airports.

Ghani’s biggest selling point to investors is mineral wealth estimated at more than $1 trillion. The obstacles are numerous: the country lacks skilled labor, good roads and reliable electricity, it’s a long way from the global trade routes on the world’s oceans.