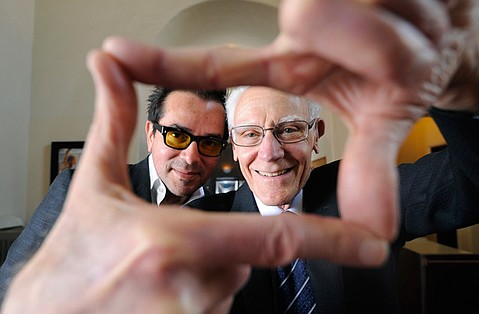 The Santa Barbara International Film Festival (SBIFF) has found a new home: the historic Riviera Theatre. The Riviera Theatre will allow SBIFF to expand their current slate of education programs, preserve an important historic landmark, and create a cultural hub for all things film.

Santa Barbara, California became a movie town in 1912, when the American Film Co., aka the Flying A, set up shop there.

This year’s festival, which kicked-off February 1, 2017, introduced its major capital project: the renovation of the city’s historic Riviera Theater.

The Riviera Theater, recently acquired by the SBIFF through a 30-year lease, has long been symbolic of the arts in town as an auditorium and performing stage on the campus of the Santa Barbara State Normal School, which in 1954 vacated the city to repurpose a former U.S. Marine Corps training facility at nearby Goleta, where it grew to become the University of California, Santa Barbara.

The SBIFF is currently raising $5 million to repurpose the facility as a multi-purpose, state-of-the-art film educational center by April of 2017.

“We’re redoing everything,” says Sean Pratt, SBIFF director of operations, who cited a new acoustic system and slope to the auditorium as two of the improvements.

“As we enter our 32nd year, the Santa Barbara International Film Festival has cemented itself as a part of our great city’s history,” stated Mark Scher, President of SBIFF and owner of the Scher Investment Group. “We believe a long-term home at the Riviera Theatre is a pivotal point in the evolution of SBIFF and will allow us the opportunity to greatly expand our programming and bring a real cultural center for film to the Santa Barbara Community. I couldn’t be more thrilled for SBIFF and the City of Santa Barbara.”

At the heart of SBIFF’s mission is education, and through its programs its staff is able to seek to engage, enrich, and inspire people through film. The Riviera as the new home will allow for expansion in the current programs and the ability to implement new ones, and to ultimately better serve the Santa Barbara community on a year-round basis.

The new theater allows service to more underserved youth and families through programs such as AppleBox Family Films and Mike’s Field Trip to the Movies. Other programs will continue at the Riviera Theatre, including three year-round programs: Cinema Society (an exclusive membership program), the Rosebud Program for Film Students (a program for local college students), and the Wave Film Festival (the mini film festival which will be increased to three times per year). The Showcase, which features innovative independent films, will move to the Riviera from its current location Plaza de Oro.

“We are very excited to provide this new home for the Santa Barbara International Film Festival at the Riviera Theatre”, stated Michael Towbes, Chairman of The Towbes Group. “Over the years we have brought the Riviera campus to an entirely new quality level. The historic significance of the campus, dating back to its locating on the Riviera in 1913, makes it a very special place for me and the Santa Barbara community. The upgrades which SBIFF plans to make to the theatre will complete the campus improvements which we began some 40 years ago. They will greatly enhance the audience experience and honor the legacy of the building.”

SBIFF will continue to provide quality, year-round arts education, provide access to independent and international cinema, and celebrate, nurture, and promote the art of storytelling, as well as the storytellers themselves. Its programs will continue to evoke inspiration and creativity, and will stimulate civic discourse, engagement and exploration.

See SBIFF announcement of their move to the Riviera Theater + photo credit.