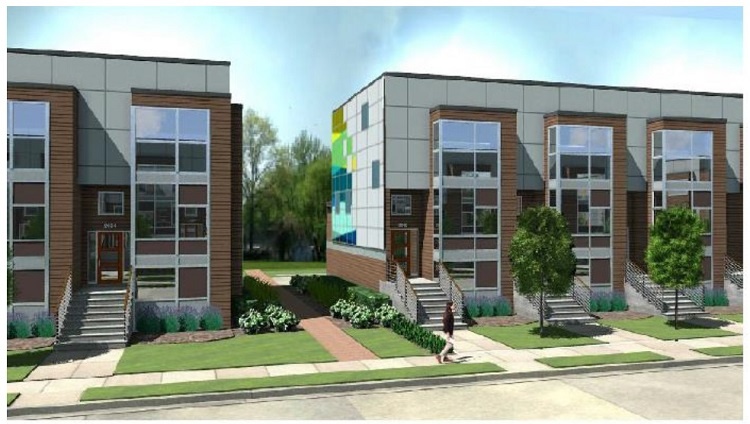 On October 28, 2020, projects that will support revitalization and economic recovery in five communities around Michigan received support from the Michigan Strategic Fund, a program of the Michigan Economic Development Corporation.

In total, the projects are expected to generate a total capital investment of $31.7 million and create or retain 278 jobs, bringing new vitality and economic activity in downtowns across the state.

“Today’s MSF approvals demonstrate our continued focus on laying a path for economic growth and recovery in all regions of our state, while continuing to support the community projects that will lay the foundation for long-term economic resiliency for Michiganders,” said MEDC Senior Vice President of Community Development Michele Wildman.

“By contributing to traditional downtown districts and revitalizing public spaces, these projects are helping to establish attractive places to live, work and play,” she added.

The City of Detroit Brownfield Redevelopment Authority has received MSF approval of a brownfield work plan that will include $62,333 in state tax capture reimbursement for the Corktown Housing Redevelopment Project-Phase I in the North Corktown neighborhood in the city of Detroit.

The project will result in the construction of three three-story structures consisting of 14 two-bedroom for-sale townhomes on the north side of Pine Street between Wabash Avenue and Rosa Parks Boulevard. The project also includes public infrastructure improvements, including a green alley, a pocket park, and installation of a bioswale stormwater system. The developer, Corktown Housing LLC, will be targeting residents with 80-120 percent of average median income.

The project is expected to generate a total capital investment of $3.3 million, and will bring public art and well-maintained community spaces to the neighborhood. The city of Detroit is supporting the project with a Neighborhood Enterprise Zone abatement valued at $332,669 and the local portion of the brownfield work plan valued at $429,253. The project aligns with MEDC’s strategic plan by developing attractive places in a geographically disadvantaged area, and it creates more housing options for residents, addresses blighted property and creates improved public space. The city of Detroit is engaged with the MEDC’s Redevelopment Ready Communities (RRC) program.

The City of Detroit Brownfield Redevelopment Authority has also received MSF approval of a brownfield work plan that will include $606,800 in state tax capture reimbursement for the Junction Redevelopment Project in the Milwaukee Junction neighborhood of Detroit.

The project will convert and connect one and three-story buildings on East Grand Boulevard into retail space and 18 residential units, with four of the units to be reserved as affordable at 80 percent of area median income. A third building will be rehabilitated to accommodate creative office space. The project will also include public improvements including curb and gutter, sidewalks and streetlights.

The project is expected to generate a total capital investment of $12.9 million and create 175 full-time equivalent jobs, and will help meet demand for retail and housing stock in Detroit’s Milwaukee Junction District. It will also bring three buildings back to productive use after years of underuse, vacancy and neglect. The additional retail space and residential apartments within the city will bring in additional foot traffic and spur additional economic development in the surrounding neighborhood.

The Oakland County Brownfield Redevelopment Authority has received MSF approval of a brownfield work plan that will include $275,868 in state tax capture reimbursement for the Downtown Clawson Redevelopment Project in the city of Clawson.

The project includes rehabilitation and new construction of commercial and residential space located in the downtown. The property currently has one vacant building and another building that houses an ACE Hardware store and vacant commercial space. The vacant building will be demolished, and the other building will be rehabilitated into commercial and residential space. When completed, the first floor will include the current hardware store and space for a future tenant. The project also includes public infrastructure improvements.

The project is expected to generate a total capital investment of nearly $10 million and create 20 full-time equivalent jobs, and will increase urban density and provide new commercial attractions for Clawson residents. In addition, the project is consistent with the MEDC strategic plan because it will attract talent through innovative placemaking and creating more downtown residential and commercial density.

Local support for the project includes a 10-year Commercial Rehabilitation Act (CRA) tax abatement valued at $1,388,951. The City of Clawson is engaged in MEDC’s RRC program.

MBSHAW LLC plans to rehabilitate a vacant, blighted building into a mixed-use development in the heart of downtown Grayling.

The building will undergo renovations to create commercial space for a new, unique coffee shop on the first floor and two market-rate residential units will be added on the second floor. The project is expected to generate a total capital investment of $714,333 and create 13 full-time equivalent jobs, supported by a $274,482 Michigan Community Revitalization Program performance-based grant.

The project will increase vibrancy and density in downtown Grayling by transforming a blighted building into viable commercial and residential space and is expected to act as a catalyst to bring additional investment to the entire block. It will also restore the historic look of the building and bring needed housing to downtown Grayling.

The city of Grayling has secured EPA assessment services for environmental testing, which is expected to have a value of $40,000. The city is certified with MEDC’s RRC program.

The project is expected to generate a total capital investment of $4.8 million and consolidate approximately 70 full-time professional jobs from outside the city. The project aligns with the MEDC strategic plan and economic priorities by transforming vacant and underutilized properties into a vibrant area and by developing an attractive place where talent is interested in locating. The commercial district will greatly benefit from the new building and businesses by creating new activity, density and economic vitality for this important commercial section of the city.

Local support for the project includes the local portion of the Brownfield Tax Increment Financing Plan, valued at $133,536. The city of Grand Rapids is certified with MEDC’s RRC program.