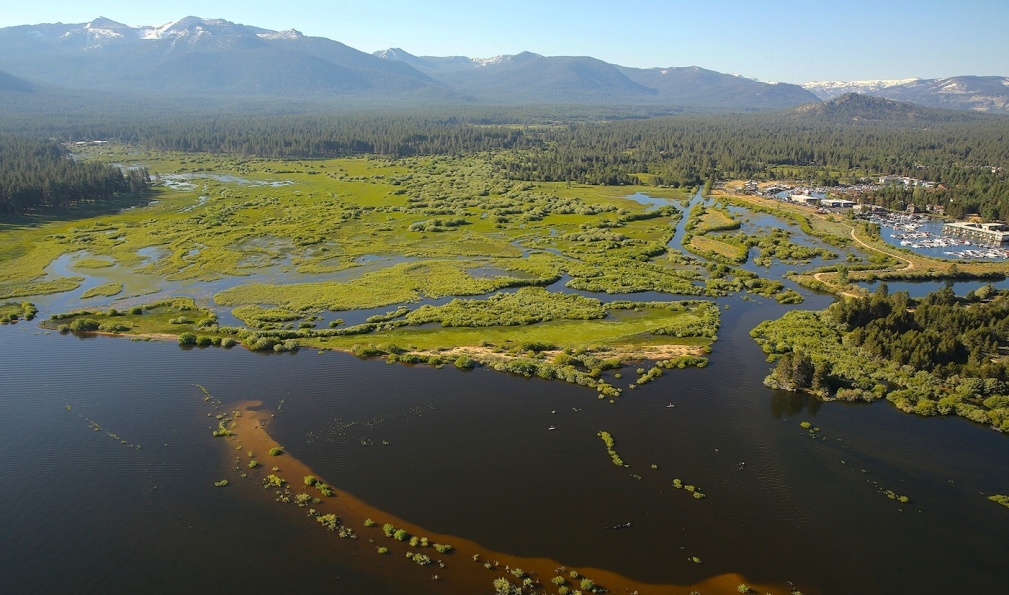 On April 28, 2020 in California, the California Tahoe Conservancy announced that construction has begun on restoring the Upper Truckee River Marsh, the largest wetland restoration project in the history of the Lake Tahoe Basin. The marsh is a popular recreation area and home to more than 600 acres of wetlands that serve as a natural filter for pollutants that damage the lake’s famed clarity.

“This project has been a Basin priority for decades,” said California Natural Resources Secretary Wade Crowfoot. “It also demonstrates how much we’ve learned during that time about the importance of rivers and their floodplains to the health of the lake and the Basin’s ecotourism-based economy.” 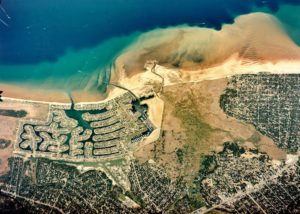 The Tahoe Keys development carved out about half of Tahoe’s largest wetland, and dried out the rest, which now deposits plumes of sediment that damages the lake’s famed clarity.

The Conservancy began acquiring land at the marsh in 1988 to restore what remained of the Sierra Nevada’s largest wetland complex after the adjacent Tahoe Keys neighborhood and marina was built in the 1960s.

The 1500-unit residential development later came to symbolize how development pressures were threatening the clarity of Lake Tahoe, which had been dropping by about a foot every year before a massive public and private restoration effort began to stem the decline.

Laurel Ames, a long-time resident and state conservation leader who has lived adjacent to the marsh since the 1960s, was pleased to hear that the project is underway. “I grew up with the marsh lapping at my doorway before it began to dry out,” she said. “I’m thrilled that I will finally be able to witness its rebirth as a living, breathing river.”

The Upper Truckee River, which drains more a third of the land in the Basin before flowing through the marsh, was also dredged and straightened, which frequently dried out the marsh’s wetlands and floodplains.

“While it is not possible to undo all the mistakes of the past, this project is the best, single opportunity to remedy one of the largest,” said Geoffrey Schladow, Ph.D., Director of the UC Davis-Tahoe Environmental Research Center. “By restoring the marsh and its floodplain we are enabling the Tahoe ecosystem to heal itself long into the future,” he added.

The $11.5 million restoration project, guided by the recommendations of a national panel of experts, will cut new channels into the river to spread its waters over a historical channel network identified through aerial photos taken in the 1930s.

The restored river and floodplain will improve lake clarity, support dozens of fish and wildlife species, and combat climate change by capturing and storing carbon and nutrients that fuel algal blooms in the lake. The wetter marsh will also be more resilient to droughts, extreme events, and other impacts of climate change.

Patrick Wright, the Conservancy’s Executive Director, acknowledged that it was a long and difficult process to design the project and build support among the residents of the surrounding dense neighborhoods to let the river find its own path.

“We’ve learned as much from the neighbors as the engineers,” Wright said, “and look forward to joining them as we all experience the full potential of the marsh and see the river flow into its historical channels for the first time in decades.”

Beginning this week, crews from the California Conservation Corps will be clearing brush to make way for the project, which will be constructed over the next two or three years. The Conservancy will also build a new highly accessible trail to improve public access to the marsh and Lake Tahoe.

The project is funded by the Conservancy and grants from the California Wildlife Conservation Board, the California Department of Fish and Wildlife, the USDA Forest Service, the U.S. Army Corps of Engineers, and the Bureau of Reclamation.

Photos courtesy of the California Tahoe Conservancy. Featured photo shows flooded marshland in the spring of 2017, will become much more common after restoration of the Upper Truckee Marsh.