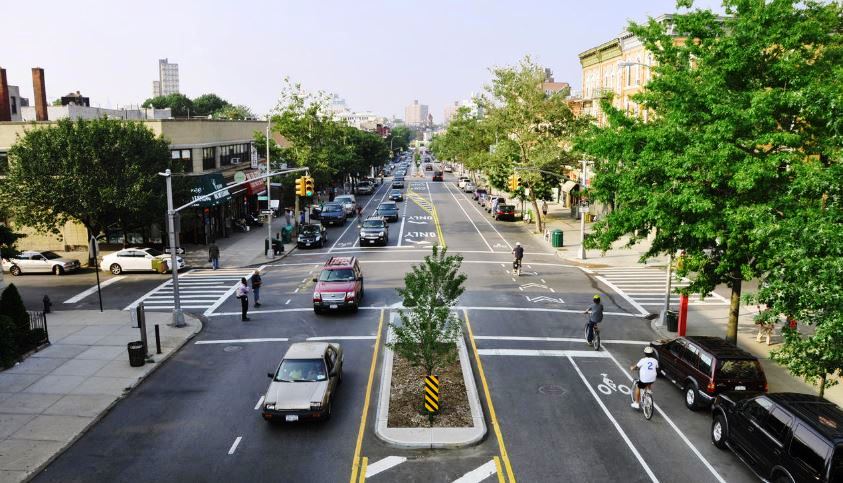 On July 19, 2018, the Natural Resources Defense Council unveiled a “roadmap” for fixing a broken transportation system in the Northeast and the Mid-Atlantic regions of the United States.

NRDC released its roadmap report to help guide a bipartisan coalition of seven governors and the mayor of Washington, DC, who have committed to developing a regional clean transportation plan.

“Our transportation system is broken. It needs an extreme makeover. Everyone has a story—we suffer in gridlock, choke on car and truck exhaust, drive on decaying roadways, cope with substandard public transit, and walk and bike on dangerous streets,” said Bruce Ho, senior advocate and principal author of NRDC’s report.

“That’s why it’s exciting to see Northeastern and Mid-Atlantic states step up, and move toward fixing these chronic problems with a modern, regional transportation plan. States in this region have a golden opportunity to transform transportation—becoming a model for the world—as they create cleaner, safer and more livable cities, towns and rural communities. This is a big deal. Let’s get this show on the road,” he continued.

NRDC released “Transportation Reimagined: A Roadmap for Clean and Modern Transportation in the Northeast and Mid-Atlantic Region” in state-focused telephone press conferences today. The groundbreaking report outlines what might work in the states based on existing strategies already piloted around the country that could be implemented more broadly.

“U.S. investors and companies strongly support policies that promote a clean and efficient transportation system,” said Carol Lee Rawn, director of transportation at Ceres, who joined the event. “Transportation is the largest contributor to U.S. greenhouse emissions and a critical driver of the economy. The measures outlined in this report — including clean vehicles, strong public transportation systems, and robust pedestrian and cycling infrastructure — provide significant economic benefits as well as critical emissions reductions.”

So far this year, the states have held several public listening sessions to gather comments and recommendations on that plan. The most recent one wase on July 24, 2018 in New York City.

Some regional benefits from a cleaner transportation system include:

NRDC is calling on local, state and regional leaders to act boldly in designing a 21st century transportation system. Achieving that vision will require new investment in technologies and infrastructure, new policies and funding, strong political leadership, and public engagement.

Read a blog on the report by principal author Bruce Ho.