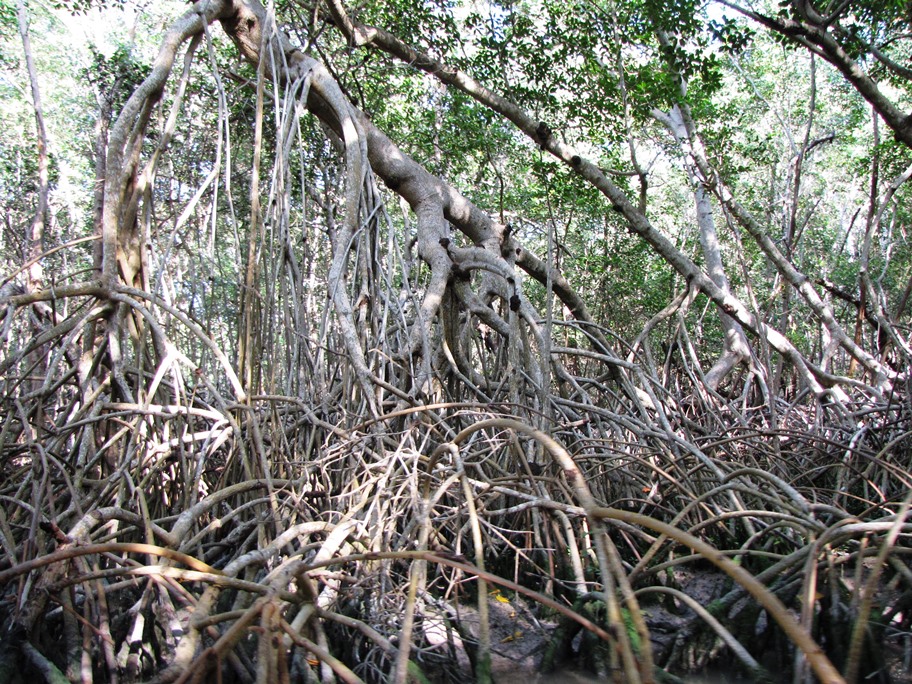 Efforts are underway to replant and re-propagate the red mangrove all across southern Florida. Special permits are required to trim mangroves and uprooting or killing them is strictly prohibited. Finding these trees is easy. They line both sides of Wildlife Drive, and inhabit almost all the back bay section of Captiva Island, including Roosevelt Channel and the bay side of South Seas Plantation.

It is impossible to underestimate the value of the red mangrove forests of both Sanibel Island and Captiva Island. To start with, the early formation of both islands were in large part dependent on these trees catching and trapping the sand and sediments in their extensive root systems. Without red mangroves there might not be a “Living Sanibel” because there might not be a Sanibel or a Captiva to write about.

Beyond their island and land building capabilities, red mangroves offer an extensive list of other benefits to the estuarine and marine eco-systems. To begin with, every acre of mangroves produces 3.6 tons of leaf litter per year. This litter falls into the tidal waters and helps to feed a host of living organisms, from the micro-organisms that break down this detritus to oysters, barnacles, crabs, shrimps and the fishes that feed on them. An estimated 75 percent of all of Southwest Florida’s game fish and 90 percent of all commercial species depend on the mangrove system for cover and nutrients.

Photo of mangroves by Storm Cunningham