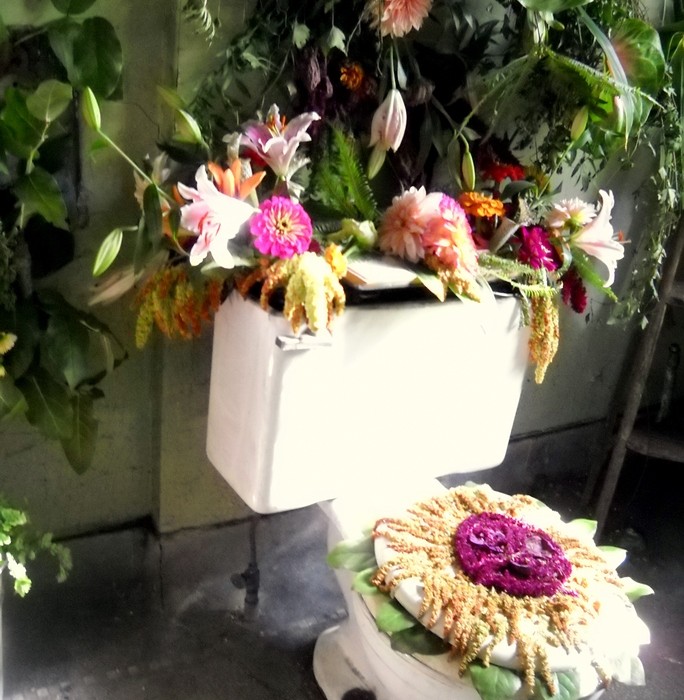 Once again, something amazing and ephemeral has appeared in Detroit, Michigan.

Flower House Detroit (which was actually located in the city of Hamtramck, 2 square miles enveloped by the city of Detroit) was, at its simplest, a gorgeous three-day floral installation in a two-story abandoned house. In reality, the project was much, much more.

Lisa Waud was inspired to create Flower House Detroit after experiencing the 2012 Dior Runway show, which had been staged in an abandoned house filled with flowers in Paris. As a floral designer based in a neighborhood with more than its share of abandoned houses, Lisa knew that she was destined to create an installation that would bring the wild spirit of the Dior show to her hometown.

There is a lovely symmetry to the plans for the Flower House. An abandoned, ruined home was filled with flowers, made beautiful once again before facing its final demise.

The installation, designed to be fleeting, was then dismantled and composted – 100,000 blooms returned to the soil. Next, the house will be deconstructed. At least 75 percent of the raw materials will be recycled for other projects by Reclaim Detroit, a program of the Detroit non-profit EcoWorks.

And finally, the site will once again be made beautiful with flowers, this time as the site of a flower farm, growing blooms that will be used in more wonderful pot + box productions.