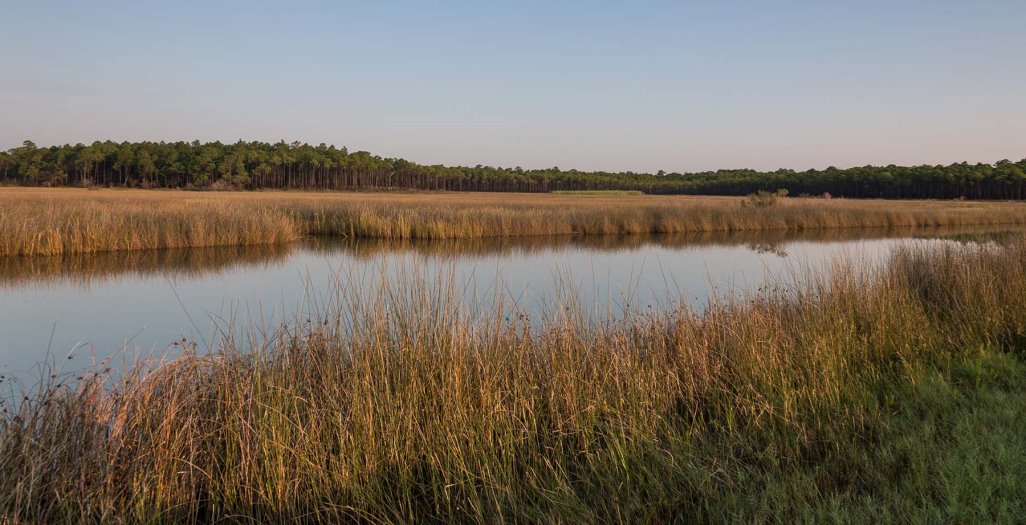 On April 2, 2020, it was announced that the National Fish and Wildlife Foundation (NFWF) had awarded nearly $24 million from its Gulf Environmental Benefit Fund (GEBF) to four new coastal resilience and environmental restoration projects in the state of Alabama.

The projects, developed in consultation with state and federal resource agencies, are designed to remedy harm and reduce the risk of future harm to natural resources that were affected by the 2010 Deepwater Horizon oil spill. The Alabama projects address high-priority restoration needs, including the acquisition and protection of important wetland habitats.

“The funding of these projects continues reinvestment in the Alabama Gulf Coast communities that were impacted by the Deepwater Horizon oil spill nearly 10 years ago,” Alabama Governor Kay Ivey said.

“I appreciate the work of the Alabama Department of Conservation and Natural Resources and our partnership with NFWF as we continue to recover and build a more resilient coast,” she added.

NFWF created the GEBF in 2013 to receive and administer funds resulting from remedial orders in plea agreements between the U.S. Department of Justice and BP and Transocean. The plea agreements resolved certain criminal charges against both companies relating to the 2010 oil spill. Provisions within the agreements directed a total of $2.54 billion to NFWF to be used to support natural resource projects in each of the five Gulf States.

The number of awards from the GEBF in the state of Alabama now stands at 34, with a total value of nearly $215 million. All projects were selected for funding following extensive consultation with the Alabama Department of Conservation and Natural Resources (ADCNR).

This project, in partnership the Alabama Forever Wild Land Trust, will acquire and permanently protect 2,300 acres of coastal habitat at the confluence of the Blackwater and Perdido rivers.

The subject tract includes four miles of frontage along both rivers, more than 1,200 acres of wetlands, and a 90+ acre lake. Wetlands and other diverse habitat types found on the property support a variety of bird species and other wetland-dependent species.

Protection of the subject property will maintain water quality in the Perdido estuary and the living coastal and marine resources it supports. Once acquired, the property will be conveyed to the Alabama Forever Wild Land Trust.

The project builds upon previous acquisition investments made within the area by the Alabama Forever Wild Land Trust, The Conservation Fund, The Nature Conservancy, ADCNR, and other partners in Florida that are working together to protect this important river corridor.

The acquisition was facilitated by The Conservation Fund.

This $2,687,000 project, administered by the Mobile County Commission, will acquire and permanently protect approximately 300 acres of wetland habitat in the Dog River Watershed.

The target acquisition area in Lower Halls Mill Creek comprises one of the largest contiguous undeveloped areas of bottomland hardwood wetlands remaining in the watershed.

Acquisition of this tract will preserve unique tidally influenced marshes in the Dog River Watershed that support many species of shellfish, finfish, birds, and other wildlife of the type directly impacted by the Deepwater Horizon oil spill. Protection of these natural wetland areas will ensure continued protection of downstream water quality and wetland habitats in the Dog River Watershed.

A $6,554,000 award under GEBF will focus on highly-eroded riparian areas and stream channels within the Lower Fish River Watershed, a priority coastal watershed draining into Weeks Bay. Engineering and design plans will be developed for the most severely-eroded stream channels. The project also includes the restoration of an unnamed tributary to Fish River near the community of Marlow. This project will reduce sediment and nutrient pollution into Weeks Bay, improving water quality and enhancing seagrass beds and oyster reef habitat.

A $9,392,000 award under GEBF will create and protect important coastal habitat, reducing vulnerability of the only access route between south Mobile County and Dauphin Island.

This project will design and install breakwater and create intertidal marsh habitat to provide protection against future erosion and storm damage. Project activities will be co-funded through NFWF’s Emergency Coastal Resilience Fund.

Hurricanes Michael and Florence, Typhoon Yutu, and the coastal wildfires of 2018 caused more than $50 billion in damage and severely degraded a range of wildlife habitats. Congress provided funding under the Supplemental Appropriations Act of 2019 (P.L. 116-20), allowing grants to be awarded through a partnership between NFWF and NOAA. Senator Richard Shelby was instrumental in the passage of this critical funding legislation.

The Emergency Coastal Resilience Fund will provide an additional $4.9 million toward the Dauphin Island Causeway Shoreline and Habitat Restoration Project.