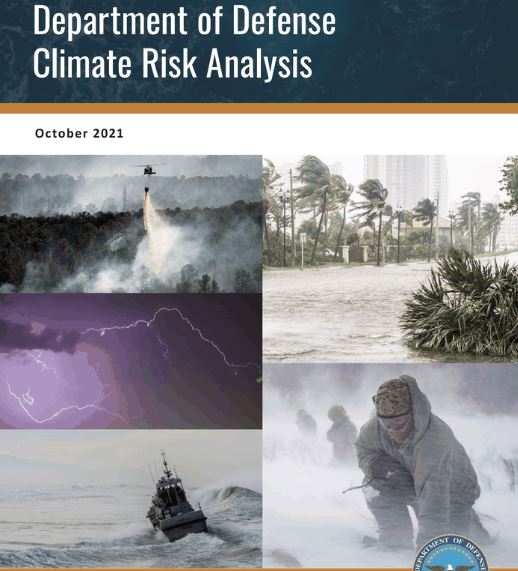 The Biden administration has released four reports that analyze the threat that climate change is posing to national security, and its role in driving migration.

The reports document concerns over the potential for climate change to exacerbate American political instability, and offer opportunities to rival nations, such as China.

The new Office of the Director of National Intelligence’s National Intelligence Estimate on climate change found that the intelligence community sees three broad categories of risk: rising geopolitical tension as countries argue how to address climate change and how quickly; exacerbation of cross-border geopolitical flashpoints as states take steps to secure their interests; and intensifying physical effects of climate change increasing instability and internal conflict in developing countries. The report identifies 11 countries and 2 regions at particular risk but said that no country would be spared from consequences related to climate change.

The Department of Defense’s Climate Risk Assessment focused on the military challenges brought on by climate change. Regarding extreme weather events and rising sea levels exacerbated by climate change, the report expressed concern that “competitors such as China may try to take advantage of climate change impacts to gain influence.” It describes how the department will “integrate the security implications of climate change into key strategic documents, programs, and international partner engagements.”

The Department of Homeland Security offered a “strategic framework” guiding the department’s policies to address climate change through five lines of effort, which includes plans for “empower individuals and communities to build climate resilience” and “build readiness to respond to increases in climate-driven emergencies.” The “need to achieve equity” underpins each line of effort in the strategic framework.

The White House detailed how climate change is fueling migration within the United States as people tire of constantly rebuilding their homes and communities after repeated climate-related catastrophes. It marks the first time the U.S. government has officially recognized this linkage. The report notes that extreme weather can create conflict and force population displacements, which could lead to maligned state actors such as China or Russia to “seek to gain influence by providing direct support to impacted countries grappling with political unrest related to migration.” The primary recommendation of the report is to establish an interagency policy process on climate change and migration.