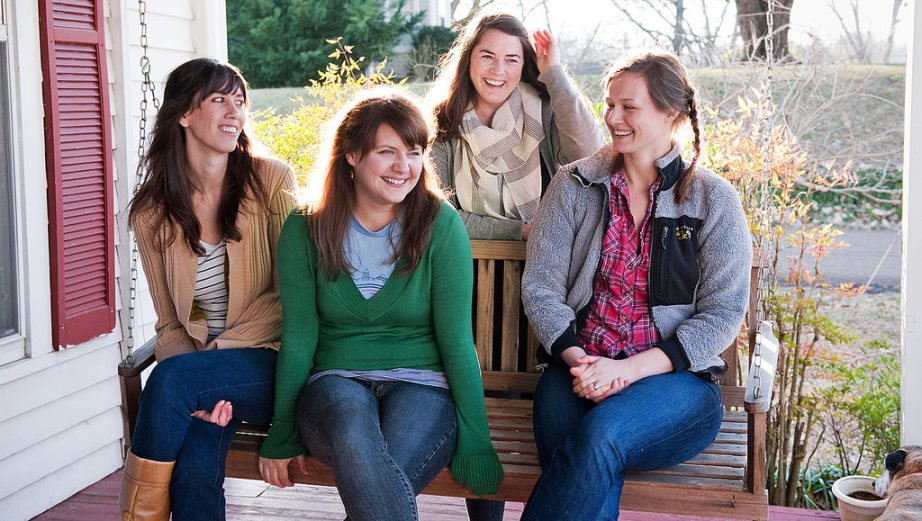 Over lunch at the B.T.C. Old-Fashioned Grocery, four women of Water Valley, Mississippi were talking demolition several years back.

Coulter Fussell, 34, an artist and an owner of Yalo Studio, a gallery a couple of doors down the block on the town’s Main Street, favors a crowbar. Megan Patton, also 34, an artist, waitress and Ms. Fussell’s gallery partner, likes to use a hammer and a screwdriver. Erin Austen Abbott, 36, a photographer, gift shop owner, pop-up gallery impresario and travel nanny, doesn’t care what tool she uses, as long as she has company.

All are particularly skilled at renovation, having stripped and rebuilt, among them, three houses and one storefront. That their husbands are in the music business and on the road for months at a time has only accelerated their prowess with hand tools. They prefer to work alone or with one another. “Let’s just say it’s better that way,” Ms. Fussell says.

These women, along with Alexe van Beuren, 28, B.T.C.’s owner, are emblematic of a new wave of business and home owners, many of them female, who are revitalizing this small town of just under 4,000.

Yalobusha County has firmly established itself as a North Mississippi Boom Town over the past two or three years, an undebatable fact as the small town of Water Valley and its fewer than 4,000 residents have rolled up their sleeves and plunged the area into a revitalization and restoration blitz.

The vigorous downtown development mission, the Water Valley Main Street Association, perpetually works to improve the area, spur economic development and provide a plethora of entertainment opportunities for residents and its cousins from the north (Oxford). 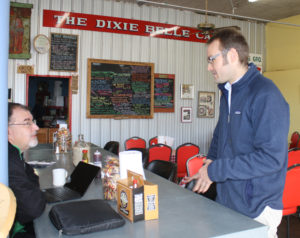 In addition to the four women mentioned above, one of the most essential proponents of the Boom Town blitz is 10-year Valley resident Kagan Coughlin.

When Coughlin and Alexe van Beuren first visited Water Valley a decade ago, the majority of the storefronts on the small town’s Main Street were empty.

But the couple was charmed by the people they met; inside an old soda fountain, a fourth-generation business owner made them a milkshake, chatted for half an hour, and hugged them when they left. They decided to move to town.

They became part of a small group of people who have helped rebuild Main Street. A former machine shop is now a brewery. A drugstore is an art gallery. A service station became a restaurant.

Coughlin and van Beuren bought an old department store and turned it into a grocery store, cafe, and apartments. They later bought five more vacant buildings, fully remodeled them, and leased them out to new local businesses.

To help build a local 21st-century workforce, some of the renovators are beginning to focus on education. “We’re kind of running out of stuff to fix up now,” says Mickey Howley, who bought an empty storefront with his wife in 2002, and turned it into an art gallery.

Coughlin, who quit a tech job in nearby Oxford, Mississippi, to work on Main Street, helped a new new coding school, Base Camp Coding Academy in the repurposed department storm.

Featured photo by Robert Rausch via The New York Times.