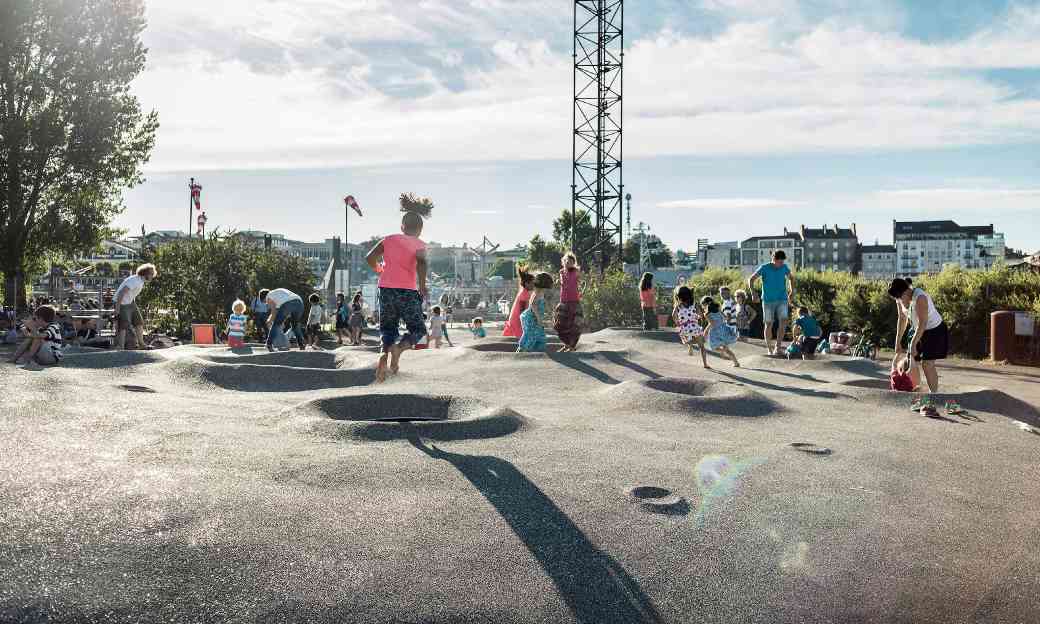 The 20th century left many scars on Nantes, France; geographical, physical and emotional.

Firstly, bad urban planning filled-in the city’s canals and waterways between the wars, robbing it of its title as a Venice of the west.

Less than two decades later, in 1943, it suffered badly at the hands of allied bombs.

In the 1980s, its historic shipbuilding yards closed for good.

“The city was culturally dead when I arrived here,” says Jean Blaise, an artistic director and cultural impresario who has been based in Nantes since the mid-1980s. “There was one interesting festival and the opera house, that’s all.”

Blaise was determined to transform the city and its fortunes. In the late 1980s, along with Nantes’ socialist mayor Jean-Marc Ayrault, he set about creating culture wherever he could. They had two cardinal rules: events had to be free, and they should take place outdoors or in public spaces.

This yearn, artistic director Aurélien Bory was asked to rethink a major boulevard on an island in the city centre, where the port and shipbuilding yards once thrived.

The outcome is a series of florid and geometric crossings that encourages peaceful coexistence between pedestrians, cars and bicycles without the need for lights.

“It’s rare for a public works company to collaborate with artists but we can do this today because we are credible,” Blaise says. “We’ve shown art and culture is not just about decoration or adornment.”

Perhaps most importantly, Blaise has proved that culture can make money. Voyage à Nantes spends €3 million (£2.5 million) on the festival, but the economic returns are now put at more than €48.8 million, thanks to last summer’s 615,000 visitors (of which 15% were from neighbouring European countries).