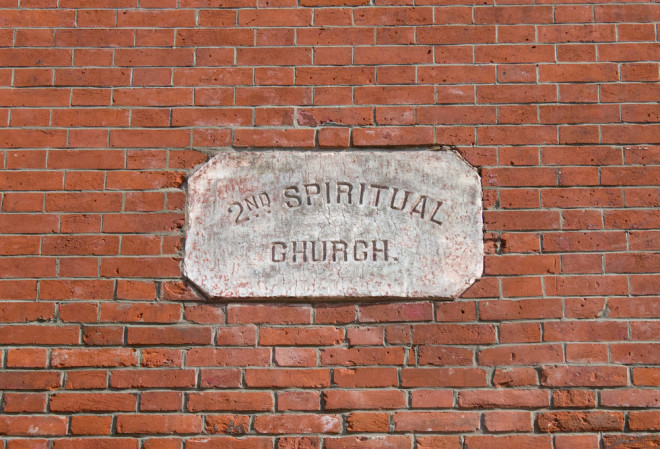 Eric Larsen knew he wanted something with character when he first began the hunt for new office space in Philadelphia, Pennsylvania.

The president of structural engineering firm Larsen & Landis was looking for a challenge, an unusual building with good bones and a simple, open floor plan ripe for remodeling.

Landis found himself at the doorstep of St. John Memorial Baptist Church, an austere 140-year-old, two-story building,—with a history of conjuring the dead—sitting on prime real estate at Frankford and Thompson Streets destined for demolition.

With the aid of Partners for Sacred Places, Larsen’s conversion of the late-19th century building into his firm’s new headquarters has removed a threatened Fishtown church from the grasps of hungry developers, while preserving the only house of worship built by Spiritualists in Philadelphia.

The church was built by the congregation of the Second Association of Spiritualists in 1875, an atypical specimen for a sect that would typically rent public halls for performing séances and communication with the dead, hypnosis, magnetic healing, and other extra-sensory rituals.

The popularity of the writings of Andrew Jackson Davis, known as “the Poughkeepsie Seer,” is largely attributed the rise of Spiritualism in the mid-19th century among middle and upper class Americans.