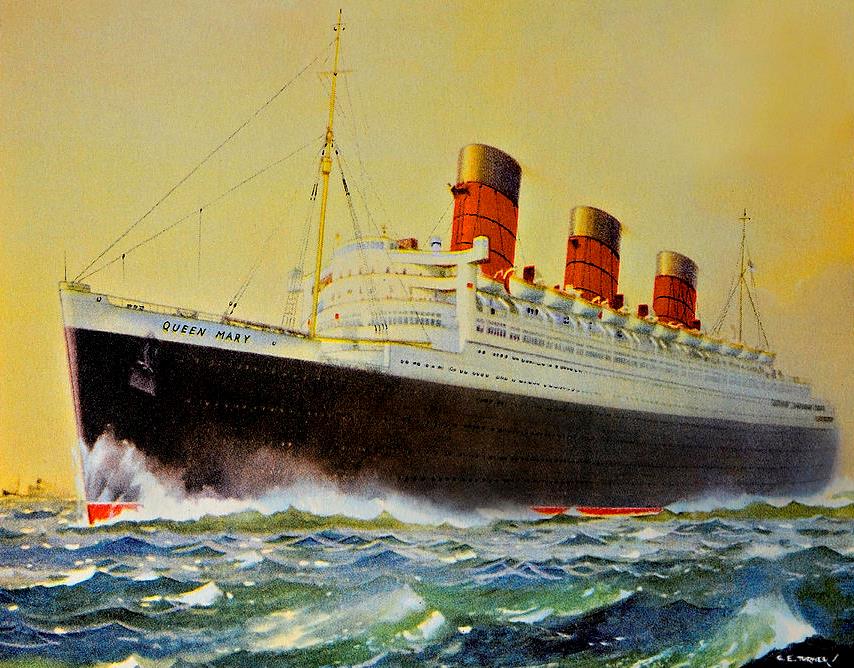 It’s been some 52 years since the RMS Queen Mary made her final voyage from Southampton, England to her restoring place in Long Beach, California.

It’s been even longer than that (don’t ask) since I (Storm Cunningham) made the voyage on the Queen Mary from New York City to Southhampton as a very young child. I was too young to remember much of that voyage, but was privileged to said both the RMS Queen Elizabeth and the SS United States (still the fastest ship ever built) later on, and those memories are vivid. 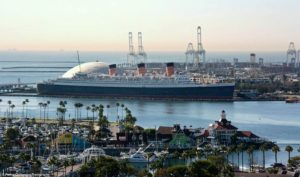 The Queen Mary in Long Beach, CA.Photo courtesy of Restore The Queen.

The RMS Queen Mary was built by John Brown & Company in Clydebank, Scotland, and sailed primarily on the North Atlantic Ocean from 1936 to 1967 for the Cunard Line (which was known as Cunard-White Star Line when the vessel entered service.)

The Queen Mary—along with RMS Queen Elizabeth—were built as part of Cunard’s planned two-ship weekly express service between Southampton, Cherbourg and New York. The two ships were a British response to the express superliners built by German, Italian and French companies in the late 1920s and early 1930s.

Queen Mary sailed on her maiden voyage on May 27, 1936 and won the Blue Riband that August; she lost the title to SS Normandie in 1937 and recaptured it in 1938, holding it until 1952 when it was taken by the new SS United States. With the outbreak of the Second World War, she was converted into a troopship and ferried Allied soldiers during the conflict.

Following the war, Queen Mary was refitted for passenger service and, along with Queen Elizabeth, commenced the two-ship transatlantic passenger service for which the two ships were initially built. The two ships dominated the transatlantic passenger transportation market until the dawn of the jet age in the late 1950s. By the mid-1960s, Queen Mary was aging badly, and was operating at a loss.

After several years of decreased profits for Cunard Line, Queen Mary was officially retired from service in 1967. She left Southampton for the last time on October 31, 1967 and sailed to the port of Long Beach, California, where she remains permanently moored. The ship serves as a tourist attraction featuring restaurants, a museum and a hotel. The ship is listed on the National Register of Historic Places. The National Trust for Historic Preservation has accepted the Queen Mary as part of the Historic Hotels of America.

Mary Rohrer, a community outreach coordinator for the nonprofit Save The Queen, said the group was formed following critical reports about the ship’s deteriorating condition. She says that both the city and the ship’s operator, Urban Commons, should step up and accept financial help from the nonprofit to restore the ship.

Johnny Vallejo, the city’s property services officer who oversees the Queen Mary, said the city is open to the possibility of working with the nonprofit and is setting up meetings. Any partnership would have to include a memorandum of understanding that would require City Council approval, he said.

A letter from the City of Long Beach to Urban Commons warned the company it was in danger of defaulting on its lease agreement if urgent repairs are not done. Rohrer said funds generated though their campaign, called Project Royal Rivets, will be earmarked for specific restoration projects.

An organization called Queen Mary International was formed in 2013 to help raise awareness for the ship, but this is the first time the ship enjoyed a community-driven funding source for restoration.

Donations are already arriving, including $2000 from a World War II veteran who returned home on the ship after the war.