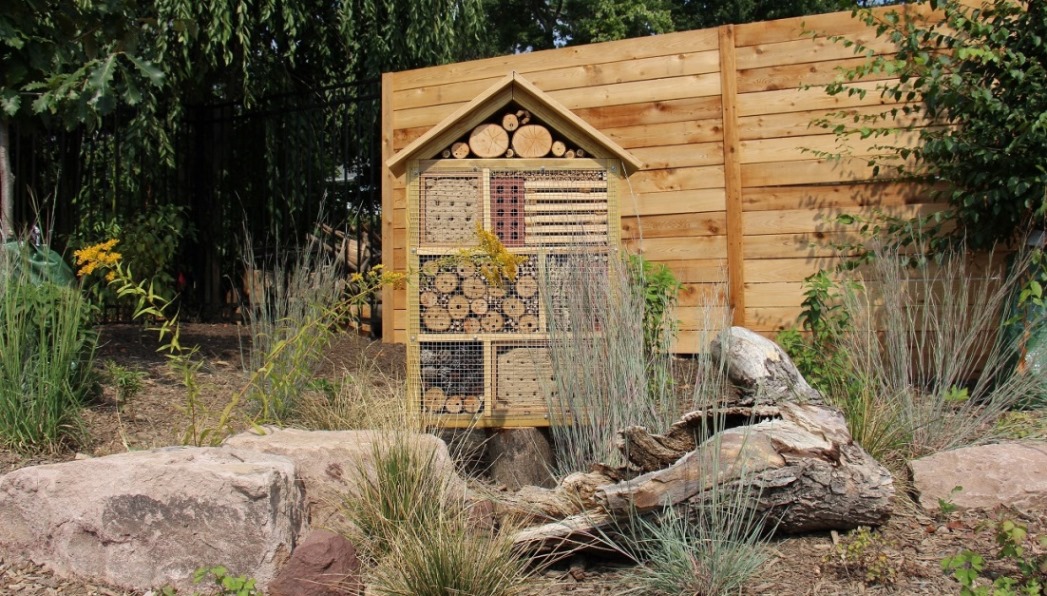 Gaithersburg is a city in Montgomery County, Maryland with a population in excess of 67,000, which makes it 4th-largest city in the state, after Baltimore, Frederick, and Rockville. It’s northwest of Washington, DC and is considered a suburb. 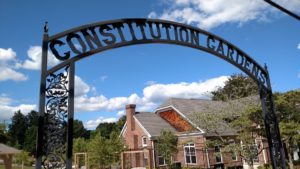 Incorporated as a town in 1878, the city has many old parks. But it’s one of their newer, smaller parks that recently got repurposed and renewed: Constitution Gardens.

The ordinary original version of the park was created as a way to repurpose the former site of the old Gaithersburg Library in the city’s Olde Towne. The library, which opened in 1960, burned down in February of 1981. Despite the library’s relative newness, it was apparently a landmark to many.

In an email to REVITALIZATION, the city’s sustainability planner, Dyan Backe, told me “I actually saw a British woman driving around the City Hall parking lot one day and she appeared to be lost…when she drove by me she asked, ‘Where is the library?’ I’ve been working here since 2011 (and lived here growing up 1986-1994)…and had no idea what she was talking about!” 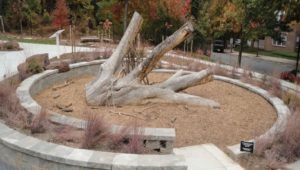 In 2015, that plain-vanilla, half-acre park again began the process of being repurposed. This time, as an ecologically restored, interactive nature play space. The park now features log posts and sculptural trees for climbing, a sand pit and hand pump, an insect hotel, and a reading area with lending library boxes and an over-sized storyteller’s chair.

“Nature play spaces invite children to engage with organic materials like stone, wood, water, and plants, through play,” said Nancy Striniste, founder and principal designer of Earlyspace. “The textures, sounds and fragrances of a nature play space provide a sensory richness that isn’t part of the experience in manufactured playgrounds. Children in these spaces tend to be more creative and collaborative than in traditional playgrounds.” 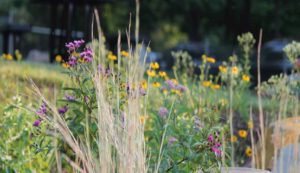 Native plants are showcased throughout the park, from dedicated pollinator gardens to hilltop oaks that honor the memory of Gaithersburg’s lost Forest Oak tree, the inspiration for the City’s logo.

In November of 2016, the Landscape Contractors Association of Maryland, DC and Virginia presented their Grand Award in the Commercial Landscape (Design/Build) category to J&G Landscape Design, along with designers Nancy Striniste, Mary Sper, and Lauren Wheeler. for their innovative renovation of the park. 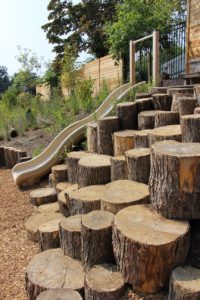 The award recognized the designers for the unique, interactive play spaces they created within the park, the integration of these elements with Gaithersburg’s history, and the use of innovative and creative sustainability and stormwater management techniques.

The concept for the redesign came about in 2013, when Director of Parks, Recreation and Culture Michele Potter attended a workshop conducted by the Maryland Department of Natural Resources.

“The concept of reconnecting children to nature was intriguing, and with the City’s focus on sustainability, the environment, and being a Tree City, such a park would be a wonderful addition,” recalls Potter.

A few months later the idea of repurposing Constitution Gardens was discussed during a Mayor and City Council Work Session, and the vision of creating a nature play space in Gaithersburg started to become a reality. An Ad Hoc Committee reviewed and made recommendations for improvements to the existing park. 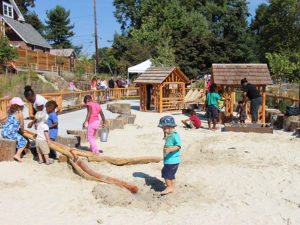 After a bidding process, Natural Resources Design Inc., Earlyspace LLC, and J&G Landscape Design, known collectively as the Seneca Creek Collaborative, were chosen as the park’s designers and contractor.

“We wanted to transform Constitution Gardens into a welcoming, accessible and ecologically responsible urban oasis where people of all ages and backgrounds would want to go for mental restoration, community interaction, reflection and recreation,” says Mary Sper, Landscape Designer with Natural Resources Design, Inc.

Constitution Gardens now celebrates the past, present and future of Gaithersburg, weaving together threads of sustainability with elements inspired by the cultural, economic and natural history of the area.

All photos courtesy of the City of Gaithersburg.