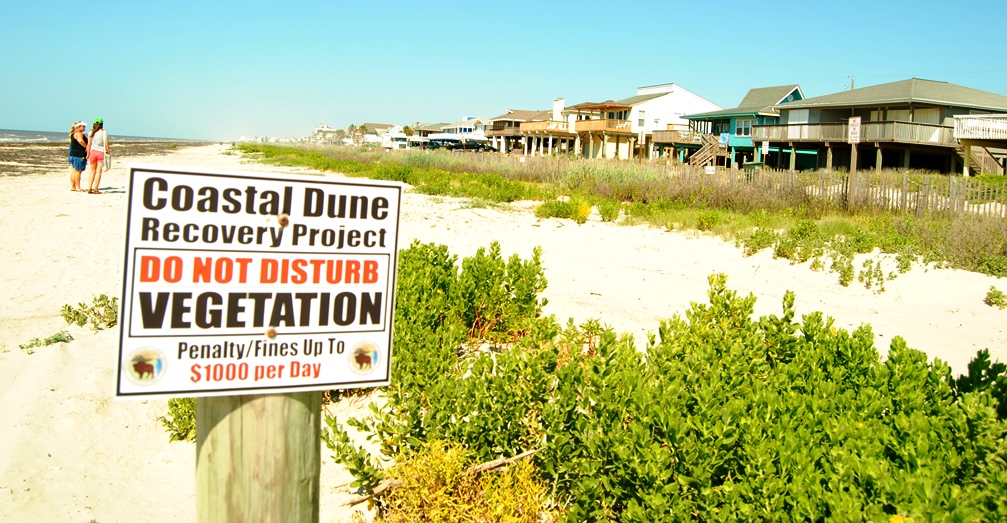 The Galveston Seawall Restoration project was recently recognized at the 2019 Coastal Summit Program in Washington DC on March 12-14, 2019. “Our Texas beaches are a crucial part of our communities,” said Commissioner Bush.

“The restoration of these beaches not only assures our coastal resiliency but restores recreation areas that thousands of Texans enjoy each year. The Texas General Land Office is honored to partner with the Galveston Park Board of Trustees. Their contribution to this project will impact not only the Galveston community, but also our great state,” he added.

Galveston Island is primarily a beach tourism-driven economy, with approximately 7 million visitors a year to Galveston’s beaches. This restoration project provided nearly 27 additional acres of coastal beach, dune, and enhanced recreational opportunities for residents and visitors. Previously, the erosion problem on Galveston was viewed as unstoppable.

However, this project helped develop a greater understanding of the ongoing coastal processes, and the approach to public policy decision making has become more science based than “seat of the pants.” This project is significant because it was the very first beach project implemented on the Texas coast whose project volume exceeds 1 million cubic yards — by far the largest project ever in Texas, and potentially twice the size of the previous largest project pending final surveys. 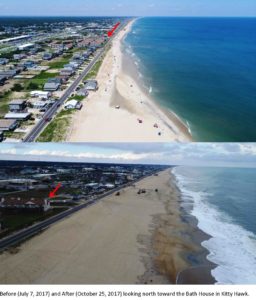 Prior to 2017, the historic Galveston Seawall area had not seen a major restoration project for almost 23 years. In 1994, 710,000 cubic yards of sand were placed along the seawall.

This original project is recognized as the first Gulf of Mexico beach nourishment project in Texas. Fourteen years later in 2008, the impacts of Hurricane Ike resulted in an emergency placement project (approximately 500,000 cubic yards in 2008/2009) to re-establish a sand beach in front of the original sections of the seawall.

This was necessary to protect the untreated piles supporting those original seawall sections. These emergency actions were primarily focused on providing structural support and protection to the seawall; and had relatively nothing to do with enhancing a public beach.

“This year’s Best Restored Beach winners represent a wide variety of beach types that offer unique and varied attributes. I congratulate the winners for their hard work and for the beautiful beaches they have protected and enhanced,” said ASBPA President Tony Pratt. “For more than 50 years, beach restoration has been the preferred method of shore protection in coastal communities. Beach restoration is the process of placing beach-quality sand on dwindling beaches to reverse or offset the effects of erosion.”

Of course, that’s a rather simplistic definition of restoration, though it’s a good formula for making dredging companies wealthy. Merely stealing sand from one coastal area to replenish the sand of a more economically-valuable beach isn’t restoration, though it can certainly result in economic revitalization in beach-dependent communities.

Restoration addresses the problem; it doesn’t just cover-up the effects. True restoration involves making changes to the fluvial dynamics that are causing the erosion in the first place. In many (probably most) cases, this means undoing earlier civil engineering mistakes.

Here are some of the values of beach replenishment, according to the ASBPA:

During times of economic hardship, the beach can be an even more desirable vacation destination than other domestic and foreign alternatives, offering families and visitors an accessible and affordable getaway. It is also a jobs bonanza and tax generator, since healthy coasts drive local economies:

To enter the Best Restored Beach competition, coastal communities nominated their projects for consideration, and an independent panel of coastal managers and scientists selected the winners. Judging was based on three criteria:

According to Lee Weishar, Ph.D., chair of the Best Restored Beach Committee responsible for making the selections, “I look for commitment and dedication to the project. I want the applicant to make me love his or her beach.”

This year’s winners spotlight a diverse selection of beaches and challenges, ranging from protecting coastal marshes in a wildlife refuge to protecting upland properties in one of America’s most exclusive locales.

What they all have in common, however, is working creatively to address complex coastal issues in way that is sustainable and mitigate the ravages of nature, compatible with the surrounding environment and achievable in the face of both political and natural obstacles.

The other 2018 winners were Dare County Beaches in North Carolina; Cardiff Beach in Encinitas, California; Sagaponack-Bridgehampton Beaches in New York; and Thompsons Beach in New Jersey.

Featured photo of Galveston dune restoration is by Adaptation Stories.