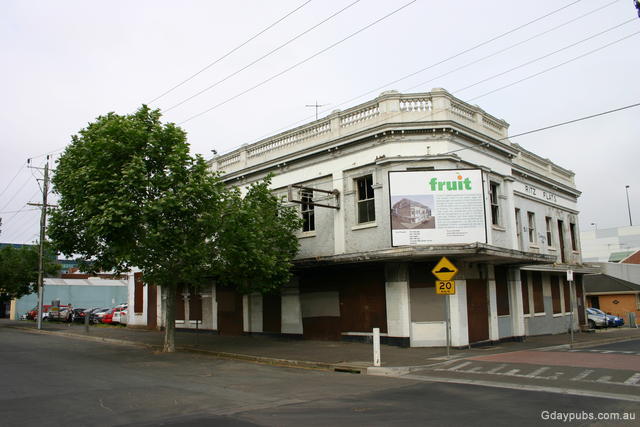 Geelong is a port city located on Corio Bay and the Barwon River in the state of Victoria, Australia. It’s about 75 kilometres (47 mi) southwest of the state capital, Melbourne. Geelong is the second largest city in Victoria, with an urban population of about 188,000.

Like most cities, Geelong has derelict buildings owned by people invest nothing in the properties, passively hoping for a neighborhood revitalization that raises the value. Such owners retard the very revitalization they seek, since their buildings become eyesores.

Most cities lack to the courage to get tough with such landlords. Property owners tend to have political clout, so politicians shy away from offending them. That’s no longer the case in Geelong. It all started with the city’s most notorious eyesore: the formerly-grand Ritz Hotel. 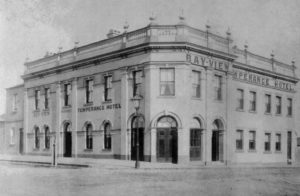 Ritz in 1889, when it was the Bay View Temperance Hotel.

The degradation of the building, a former grand hotel, over the past 30-odd years eventually led the council to introduce a so-called “Ritz law”. That allowed the council to fine owners of derelict buildings monthly, until they brought the property up to standard.

The former long-term owners, Tuyet ‘Tim’ and Diem Truong, received a $17,000 penalty in the Geelong Magistrates Court in November of 2016. The motivated them to finally sell the property.

The get-tough effort has now paid off nicely: the new owners have filed plans for a massive $40 million redevelopment.

See full article by Shane Fowles in the Geelong Advertiser.