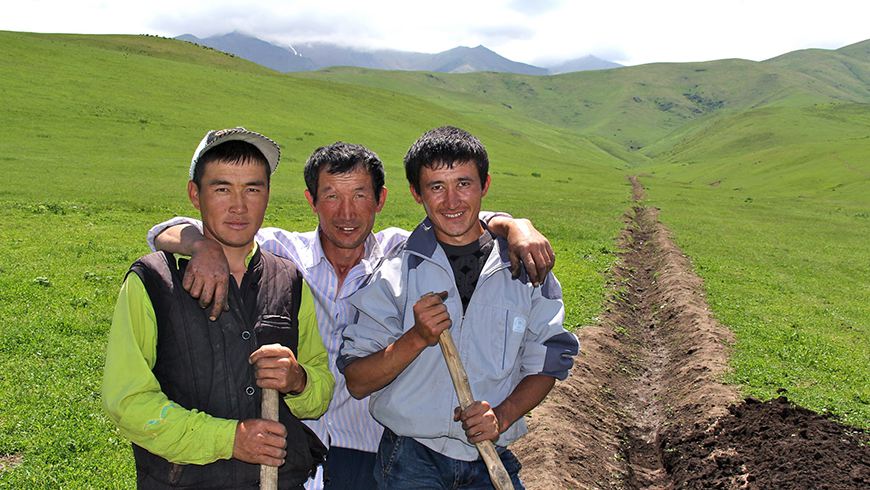 Through the Global Environment Facility’s (GEF) Small Grants Programme, a project in Kazakhstan assisted local farmers with reestablishment of traditional agricultual practices lost with the fall of the Soviet Union. The project, called the Shiyen Public Fund, established a number of important initiatives.

During the Soviet era, seasonal rotation of distant pastures was a collectively organized practice. Shepherds gave their pastures a recovery period by rotating their grazing areas, herding cattle and other livestock to lowlands in spring and mountain foothills in summer. The state also financed and maintained necessary infrastructure, including water wells, and schools for training shepherds in practices such as crop seasonality and grazing routes.

However, state-funded support ended once the Soviet Union was dissolved: wells on distant pastures were left unmaintained, and shepherd schools were shuttered. Lacking the knowledge and infrastructure for seasonal grazing methods, villagers chose to let their livestock graze close to home, eventually leading to widespread land degradation.

The GEF Small Grants Programme (SGP) helped reverse this situation through the creation of Public Fund “Shiyen.” This local organization received approximately USD $50,000 in funding from the GEF SGP in 2012 to implement a project with the aim of restoring seasonal pasturing methods and increasing local incomes. This ensures that the local villagers who will benefit when the land’s productivity is restored will also act as its stewards in the years to come.

The GEF SGP project complemented a previous project supported by the United Nations Development Program and the German International Cooperation (GIZ), that restored wells as a source of water during springtime, and provided satellite phones and yurts (mobile houses) with solar panels that ease the villagers’ nomadic lifestyle.