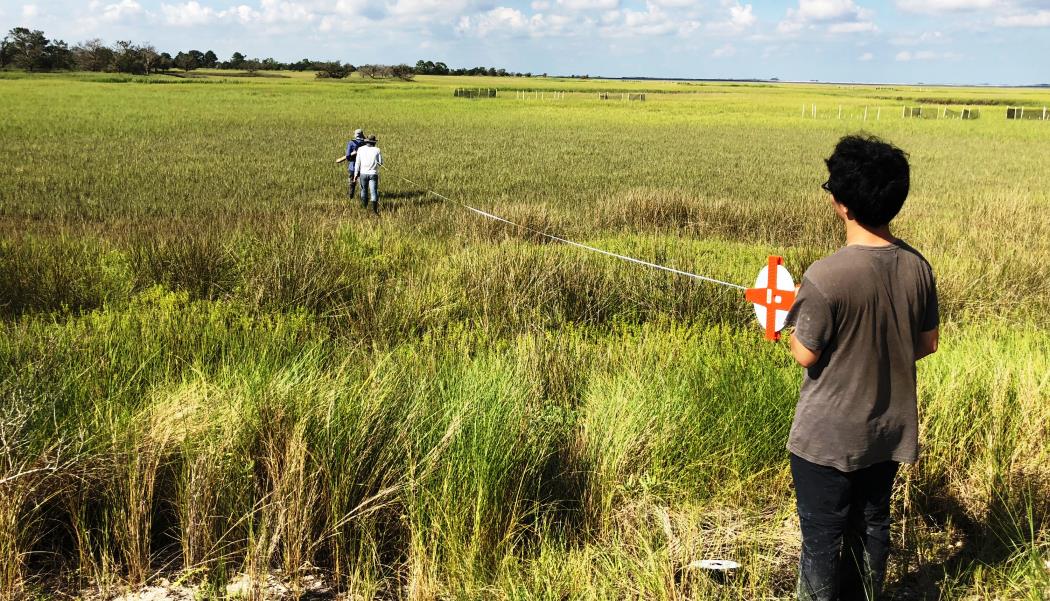 In the first week of September of 2022, the South Carolina Department of Natural Resources (SCDNR) was awarded $1.5 million to work with partners and volunteers in the Charleston area to restore seven acres of degraded salt marsh in a historically important area. 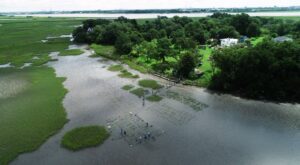 The restoration site is in what was formerly Maryville, a small town with an important role in Charleston’s history.

Chartered and settled in 1886, Maryville was one of the area’s most prominent settlement communities – self-sustaining, all-Black communities that offered the region’s formerly enslaved population safer places to buy land, raise families, and pursue farming or trades in the Jim Crow-era South.

Despite later annexation by the city of Charleston and rapid development of surrounding West Ashley, the area is still known to some locals – including descendants of the town’s founders – as Maryville.

The project will unfold over four years and use volunteers to plant salt marsh grasses and construct oyster reefs through SCDNR’s South Carolina Oyster Recycling and Enhancement (SCORE) Program.

“We’re ecstatic to receive funding for this project,” said Michael Hodges, SCDNR shellfish biologist and lead on the project.

“We’re excited that we will get to involve so many volunteers and partners in the project’s implementation. This will be a unique project, using novel, nature-based solutions to restore the degraded tidal marsh in this historically significant part of the Lowcountry,” he added.

Granted by the National Fish and Wildlife Foundation through the National Coastal Resilience Fund, the award is one of eight funded across the country and represents a continuation of federally funded work on Old Towne Creek in West Ashley.

Phase one of the project, led by the Georgia Institute of Technology (GT), involved developing engineering and design plans for coastal marshes in West Ashley.

A team led by Dr. Joel E. Kostka, Professor and Associate Chair for Research in the Schools of Biological Sciences and Earth & Atmospheric Sciences at GT, will lead post-restoration monitoring and quantify habitat improvements as well as collaborate with SCDNR to train volunteers and citizen scientists. Other partners in this phase of the project will include Robinson Design Engineers and the South Carolina Aquarium. 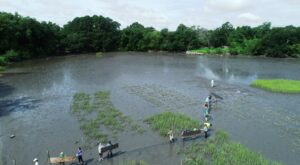 Photo (by Shellfish Research Section/SCDNR) shows staff and volunteers using boards to tread carefully over the pluff mud of Old Towne Creek as they prepare to plant salt marsh grass.

“This project is a win-win for the Charleston area as it will restore critical wildlife habitat while strengthening the resilience of the coastline to damage from storms and erosion made worse by climate change,” said Dr. Kostka.

“We at Georgia Tech are excited to participate in the project, in particular to leverage science to develop metrics and improve strategies that will ensure the success of nature-based restoration activities across the U.S.,” he continued.

Old Towne Creek is the tidal waterway that connects this area to the nearby Ashley River. In 1670, it saw the first English settlers arrive and establish ‘Charles Towne’ on its banks. Later, the fishermen of Maryville plied its waters for crab, oysters and fish. Today, the creek is popular among kayakers and birdwatchers.

But like many urban waterways, Old Towne Creek and its surrounding marshes have degraded over time, particularly after a severe drought in 2012 and another salt marsh dieback event in 2016. Researchers have found that the salt marsh within the project area has not recovered naturally like other areas with similar conditions.

The recent $1.5 million in funding will allow for the restoration and monitoring of seven acres of degraded salt marsh through community-based restoration efforts. Members of the community and the Ashleyville-Maryville Neighborhood Association, who initially noticed that the marsh vegetation was dying back, participated in the initial site assessment and will now be engaged as volunteers in the restoration.

SCDNR biologists have been constructing ‘living shorelines’ – shorelines made of natural materials – for two decades, primarily using recycled oyster shells. These shells attract young oysters, which settle on the hard materials and collectively grow into reef structures that filter waterways, provide habitat for fish and buffer shorelines from erosion.