A coal-mine that powered German industry for almost half a century will get a new lease on life when it’s turned into a giant battery that stores excess solar and wind energy. 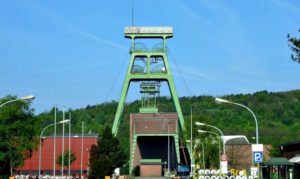 The state of North-Rhine Westphalia is set to turn its Prosper-Haniel hard coal mine into a 200 megawatt pumped-storage hydroelectric reservoir, which acts like a battery and will have enough capacity to power more than 400,000 homes, said state governor Hannelore Kraft.

The town of Bottrop, where people worked the 600 meter (1,969 foot) deep mine since 1974, will thus revitalize its economy while maintaining its historic role in providing uninterrupted power for the country.

Germany’s decision to turn a coal mine into a pumped-hydro-storage station may solve two of the most intractable challenges created by its shift to clean power. 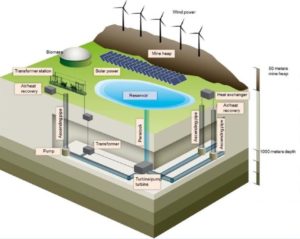 On a local level, it provides new economic activity in a region where generations of workers have relied on fossil fuel for their livelihoods. On a regional level, it catalyzes the expansion of renewable energy by helping to maintain electric capacity even when the wind doesn’t blow or the sun doesn’t shine.

The consortium running the Prosper-Haniel project, which includes the University of Duisburg-Essen and mine owner RAG AG, are confident that the mine is suitable to become a storage pump.