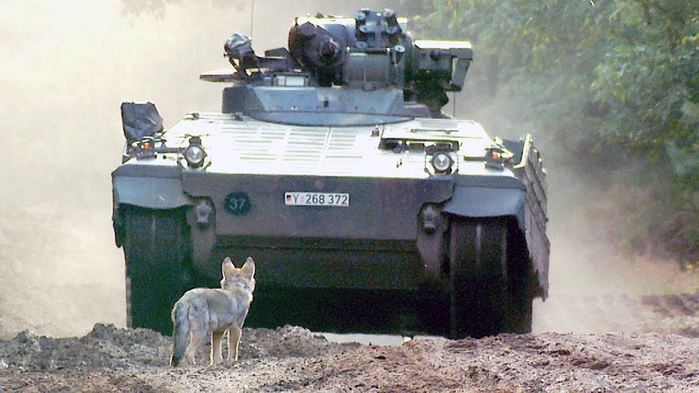 Wolves are an impressive success story for wildlife recovery in central Europe. From near extermination—due mostly to huntin, trapping, poisoning (not to mention loss of habitat) in the 19th and 20th centuries—they’ve rebounded to a population of several thousand today.

And in Germany, where populations have been growing by 36% per year, military bases have played a surprisingly central role in helping the animals reclaim habitat. 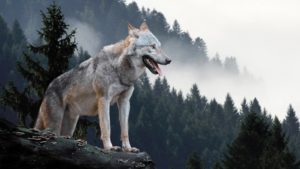 “What is really remarkable is that the military areas acted as a stepping stone for the recolonization”—and were far more important than civilian protected areas in the early stages of recovery,” says Guillaume Chapron, a wildlife ecologist at Swedish University of Agricultural Sciences in Uppsala, who was not involved in the research. “It shows that when you strictly protect wildlife, it comes back.”

In the 1980s and 1990s, new European laws protected wildlife and habitat, setting the stage for their recovery. And in eastern and southern Europe, abandoned farmland meant fewer people and more deer for wolves to hunt.

In the late 1990s, wolves began to dart into Germany from the forests of Poland. The first litter of pups in Germany was reported in 2001 in Saxony-Brandenburg. They’ve since spread westward into six more of Germany’s 16 federal states, and monitoring data show their numbers are rising.

The population growth “is quite impressive,” says Ilka Reinhardt, a biologist with Lupus, the German Institute for Wolf Monitoring and Research in Spreewitz, who has been involved in efforts to study the wolves since they returned to Germany.