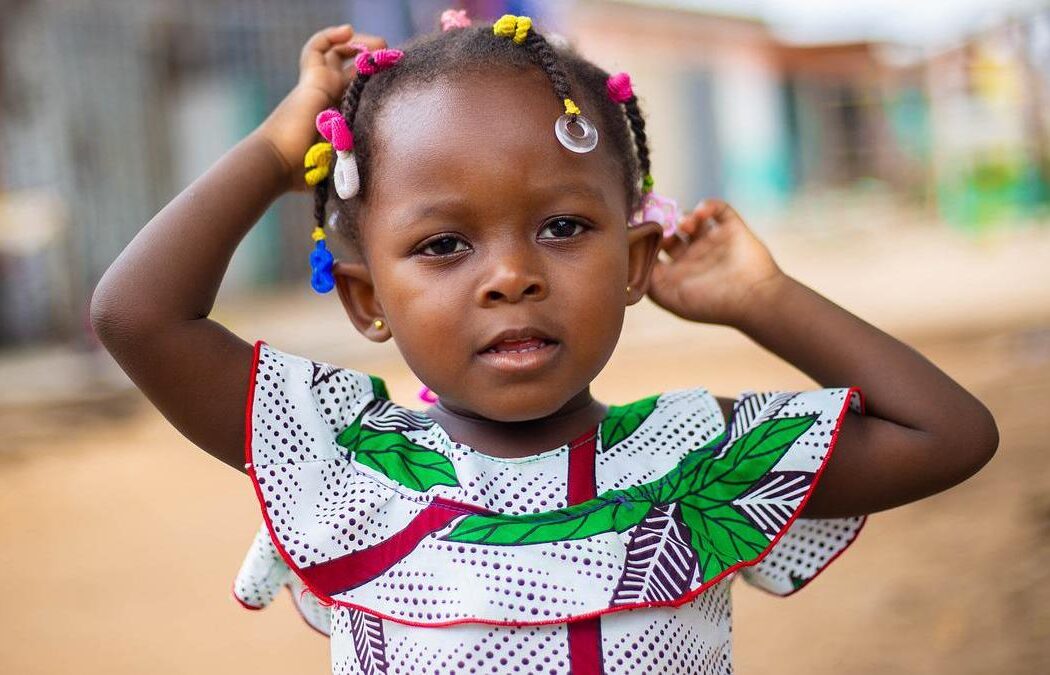 The way land resources—soil, water and biodiversity—are currently mismanaged and misused threatens the health and continued survival of many species on Earth, including our own, warns a stark new report from the United Nations Convention to Combat Desertification (UNCCD).

It lends new urgency to the expansion of the global restoration economy, first documented exactly 20 years ago in the 2002 book, The Restoration Economy, and recently updated in the 2020 book, RECONOMICS: The Path To Resilient Prosperity.

“Restoring long term health and productivity in food landscapes is a top priority to ensure future sustainability. Much as an investor uses financial capital to generate profits, regenerating a forest or improving soil health provides returns in the form of a future supply of timber or food,” said Louise Baker, Director, Global Mechanism, UNCCD.

UNCCD’s evidence-based flagship Global Land Outlook 2 (GLO2) report, five years in development with 21 partner organizations, and with over 1,000 references, is the most comprehensive consolidation of information on the topic ever assembled.

It offers an overview of unprecedented breadth and projects the planetary consequences of three scenarios through 2050: business as usual, restoration of 50 million square km of land, and restoration measures augmented by the conservation of natural areas important for specific ecosystem functions.

“The second edition of the Global Land Outlook is a must-read for the biodiversity community. The future of biodiversity is precarious. We have already degraded nearly 40 % and altered 70 % of the land. We cannot afford to have another “lost decade” for nature and need to act now for a future of life in harmony with nature. The GLO2 shows pathways, enablers and knowledge that we should apply to effectively implement the post-2020 Global Biodiversity Framework,” Elizabeth Mrema, Executive Secretary, UN Convention on Biological Diversity.

Warns the report: “At no other point in modern history has humanity faced such an array of familiar and unfamiliar risks and hazards, interacting in a hyper-connected and rapidly changing world. We cannot afford to underestimate the scale and impact of these existential threats.”

“Conserving, restoring, and using our land resources sustainably is a global imperative, one that requires action on a crisis footing…Business as usual is not a viable pathway for our continued survival and prosperity,” it continues.

GLO2 offers hundreds of examples from around the world that demonstrate the potential of land restoration. It is being released before the UNCCD’s 15th session of the Conference of Parties to be held in Abidjan, Côte d’Ivoire (COP15, May 9-20, 2022).

Says Ibrahim Thiaw, Executive Secretary of the UNCCD: “Modern agriculture has altered the face of the planet more than any other human activity. We need to urgently rethink our global food systems, which are responsible for 80% of deforestation, 70% of freshwater use, and the single greatest cause of terrestrial biodiversity loss.”

“Investing in large-scale land restoration is a powerful, cost-effective tool to combat desertification, soil erosion, and loss of agricultural production. As a finite resource and our most valuable natural asset, we cannot afford to continue taking land for granted,” he added.

The report predicts the outcomes by 2050 and risks involved under three scenarios:

Baseline: Business as usual, continuing current trends in land and natural resource degradation, while demands for food, feed, fiber, and bioenergy continue to rise. Land management practices and climate change continue to cause widespread soil erosion, declining fertility and growth in yields, and the further loss of natural areas due to expanding agriculture.

Restoration and Protection: This scenario includes the restoration measures, augmented with protection measures of areas important for biodiversity, water regulation, conservation of soil and carbon stocks, and provision of critical ecosystem functions.

“Land is the operative link between biodiversity loss and climate change, and therefore must be the primary focus of any meaningful intervention to tackle these intertwined crises. Restoring degraded land and soil provides fertile ground on which to take immediate and concerted action,” said Andrea Meza Murillo, Deputy Executive Secretary, UNCCD.

Other key points in the report include:

Many regenerative agriculture practices have the potential to increase crop yields and improve their nutritional quality while reducing greenhouse gas emissions and drawing down carbon from the atmosphere, it says.

“Indigenous Peoples and local communities are proven land stewards. The recognition of their rights and their involvement in the long-term management of their lands and of protected areas will be vital to success,” said Miriam Medel, Chief, External Relations, Policy and Advocacy, UNCCD.

Examples include rewilding—reducing the human footprint to allow natural ecological processes to re-establish themselves—in the Greater Côa Valley in northern Portugal and the Iberá wetlands in Argentina; drought preparedness and risk reduction through national programs in Mexico, the USA, and Brazil; sand and dust storm source mitigation in Iraq, China, and Kuwait; and gender-responsive land restoration in Mali, Nicaragua, and Jordan. There are also cases of integrated flood and drought strategies as well as forest landscape restoration using high-value crops.

Africa’s Great Green Wall, meanwhile, which aims to restore the continent’s degraded landscapes, exemplifies “a regional restoration initiative that embraces an integrated approach with the promise of transforming the lives of millions of people,” says the report.

“The case studies from around the world showcased in GLO2 make clear that land restoration can be implemented in almost all settings and at many spatial scales, suggesting that every country can design and implement a tailored land restoration agenda to meet their development needs,” explains Thiaw.

Many of the cases, he adds, underscore the value of education, training, and capacity building, not just for local communities, but also for government officials, land managers, and development planners. Linking local engagement to national policies and budgets will help ensure a responsive and well-aligned restoration agenda that delivers tangible outcomes for people, nature, and the climate.

Preventing, halting, and reversing the degradation of ecosystems worldwide is the focus of the UN Decade on Ecosystem Restoration (2021-2030), which calls for a broad and balanced response, addressing all ecosystems and their connectivity to reestablish a healthy landscape mosaic. These efforts are closely aligned with SDG target 15.3, which calls on countries to strive to achieve Land Degradation Neutrality (LDN) by 2030.

“Hope remains as the decade of restoration has begun,” continued Thiaw. “Now is the time to harness political will, innovation, and collective action to restore our land and soil for short-term recovery and long-term regeneration to ensure a more stable and resilient future.”

By the numbers, GLO2:

Land degradation: The persistent or long-term loss of land-based natural capital. It gives rise to poverty, hunger, and environmental pollution, while making communities more vulnerable to disease and disasters like drought, floods, or wildfires. This is especially true in the drylands that cover more than 45% of the Earth’s land surface, home to one in three people.

Land restoration: A continuum of sustainable land and water management practices that can be applied to conserve or ‘rewild’ natural areas, ‘up-scale’ nature-positive food production in rural landscapes, and ‘green’ urban areas, infrastructure, and supply chains.

“…land restoration and other nature-based solutions (must) be undertaken to prevent further environmental decline and ensure a healthy and prosperous future. We can reduce the risk of zoonotic disease transmission, increase food and water security, and improve human health and livelihoods by managing, expanding, and connecting protected and natural areas, improving soil, crop, and livestock health in food systems, and creating green and blue spaces in and around cities,” said Barron Orr, Lead Scientist, UNCCD.

The restoration scenario assumes that land restoration is done on a massive scale – across a potential 50 million square kilometers (5 billion hectares) with measures such as:

The restoration scenario envisions these measures applied to roughly 16 million square kilometers of cropland, 22 million of grazing land, and 14 million of natural areas. Sub-Saharan Africa and Latin America are estimated to have the largest areas with the potential for land restoration.

Compared to the baseline scenario, restoration means by 2050:

“As a global community we can no longer rely on incremental reforms within traditional planning and development frameworks to address the profound development and sustainability challenges we are facing in coming decades. A rapid transformation in land use and management practices that place people and nature at the center of our planning is needed, prioritizing job creation and building vital skill sets while giving voice to women and youth who have been traditionally marginalized from decision making,” said Nichole Barger, report steering committee member, Department of Ecology and Evolutionary Biology, University of Colorado, USA.

This scenario includes the restoration measures, augmented with protection measures expanded to cover close to half of the Earth’s land surface by 2050 – a threefold increase on the current coverage. These protected areas are important for biodiversity, water regulation, conservation of soil and carbon stocks, and provision of critical ecosystem functions.

However, significantly increasing the extent of protected land would limit the expansion of agriculture. Under this constraint, current yields would have to be 9% higher by 2050 than in the baseline scenario to meet expected demand. Nonetheless, food prices are projected to increase, particularly in South and Southeast Asia, where a scarcity of agricultural land is already impacting food security.

Under this scenario, most of the new protected areas would have to be in sub-Saharan Africa and Latin America. When compared to the baseline, the restoration and protection scenario means by 2050: