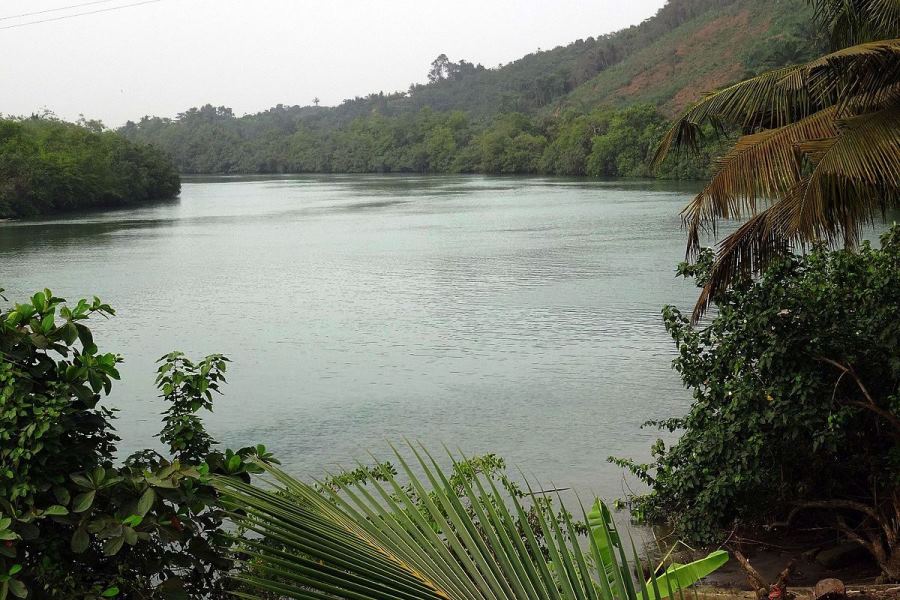 The imminent threat of Ghana’s water resources running dry in a few years gets scarier by the day. Water treatment plants are being shut down one after the other. In almost every case, it’s due to pollution from illegal gold miners.

Though illegal, small-scale mining has been rampant in Ghana for decades, the government has done little to curtail it. Now, it is faced with the massive costs of restoring the land and waterways destroyed by their neglect. 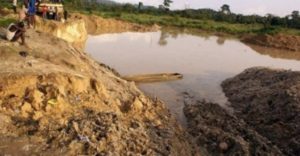 Illegal, small-scale mining is popularly referred to as “galamsey”. The subject is now being discussed widely in the country, due to the immediate and long-term effects on the environment, agriculture, wildlife habitat, and livelihoods as a whole.

In April of 2017, the government of Ghana started the process of reclaiming an estimated 1.5 per cent of the country’s land surface which has been degraded by illegal mining and other destructive environmental activities. The country’s land space is estimated at about 238,000 square kilometers. Out of this, between 50,000 and 60,000sq km, representing 1.5 per cent, is reportedly degraded by such practices.

The Minister of Lands and Natural Resources, Mr John Peter Amewu, who announced this, said work had already started on the reclamation exercise by the levelling of the land in the degraded areas. “Mining on rivers, digging of riverbeds and degrading the environment is criminal and punishable by law; and the laws will be applied with appropriate sanctions,” he indicated.

The level of degradation will reportedly cost millions of cedis to reclaim and restore the lost vegetation to the sites. 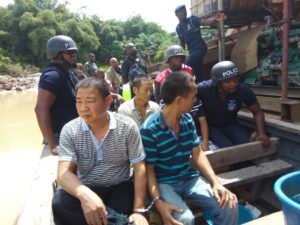 The Ankobra River is one of the damaged rivers that will receive restorative attention. It starts northeast of Wiawso, it flows about 190 kilometres (120 mi) south to the Gulf of Guinea, and its entire course is in south Ghana. Enforcement has begun: five Chinese nationals and their Ghanaian colleagues were arrested in March of 2017 for engaging alluvial mining on the River Ankobra. They were not only polluting the river by washing mud into it, but were defecating into the same river that is a source of drinking water for the local people.

Tribes have been helpless–or unwilling–to stop the galamsey. The Abakoma Hene of the Heman traditional council, Nana Kwan Nsowah II, divisional chief in the area said there was nothing the traditional council could do when the river started polluting by the activities of small scale miners due to the high unemployment in the area. And said the galamsey earns a lot of revenue to families in the area where one person earned about GHC 400 a day minimum and is difficult to stop the activities but will sit down with implementing agencies to ensure the right thing is done because is also affecting them.

Though galamsey affects many facets of life, one area in which its impact is being felt most is the pollution of rivers and water bodies. The extent to which rivers have been polluted exerts significant pressure on individuals who live near and depend on river bodies as source of drinking water and livelihood. According to the Cambridge English Dictionary, a river is a wide flow of fresh water across the land into the sea, a lake or another river. Pollution on the other hand is damage caused to water, air, and humans by harmful substances or waste. Thus, river pollution can be said to be the act of adulterating river bodies with harmful substances such as industrial waste, oil and grease, washing at the banks of rivers, amongst others.

Galamsey does not only pollute rivers and other water bodies but also leaves death traps for miners themselves and other individuals. There were reports in 2015 that showed that galamsey operations in the East Akyem District were polluting the Birim, Densu, and Ayensu rivers which served as sources of water for communities in those catchment areas. In spite of the negative effects of illegal mining on rivers and other water bodies, many communities in the rural areas, due to lack of alternative sources of water, tend to use the same polluted rivers without any fear. They drink, cook, bath and perform all tasks with the polluted water in spite of the risk of contracting diseases such as cholera, dysentery, fever, amongst others.

The pollution of rivers also has significant effects on the activities of the Ghana Water Company in its mandate to provide safe drinking water to Ghanaians. For instance, a few years ago the Ghana Water Company shut down a water treatment plant due to the fact that chemicals used for treating polluted water had become expensive. The company also had to shut down its water treatment plant at Kyebi for one-and-half years due to the pollution of the Birim River.

There have been statements by representatives of government, NGOs, environmentalists and traditional authorities on the dangers that the ‘galamsey’ menace poses to the sustainability of livelihoods for communities affected by these illegal mining activities and the nation as a whole. In 2014, the Project Officer for Friends of the Nation, an NGO, Mr. Solomon Kusi Ampofo, appealed to communities living along the Bonsa River in the Tarkwa Nsueam Municipality in the Western Region to fight against illegal mining operations in the Bonsa River. In April this year, a Deputy Chief of Staff, Mr. Jonny Osei Kofi also called for stakeholder efforts to end illegal mining which has had an adverse effect on potable water supply in the country.

Photo of Ankobra River (looking north from southern end) by ZSM via Wikipedia.