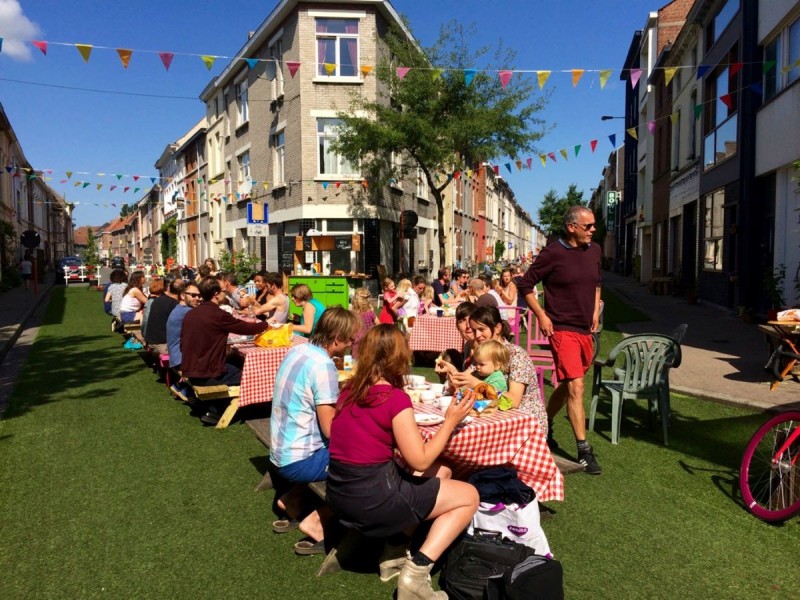 You’ve probably read about projects like PARK(ing) Day and Neighborhood in Motion, which show how the removal of cars affects the urban space and the mindsets and lifestyles of the residents.

Ghent, Belgium has another bottom-up approach, where 16 residential streets were transformed into collectively created spaces for no less than 2.5 months.

It all started in 2013 with a bunch of enthusiasts who were busy with the Ghent policy concerning the future of mobility. In order to make people feel what a difference it makes when streets are used by people instead of cars, they came up with the idea of “Leefstraten” which translates as Living Streets.

Leefstraten is an experiment that enables inhabitants to transform their street into a place they’ve always dreamed of. By removing the cars and finding other places for parking, new space came available that were turned into places with slides, hen houses, petanque courts, pop-up bars and a lot of astroturf and picnic benches.

The success in Ghent has led to initiatives in different cities across the Netherlands and Belgium, but seems suitable for every city with inhabitants that want to create places for people instead of cars.