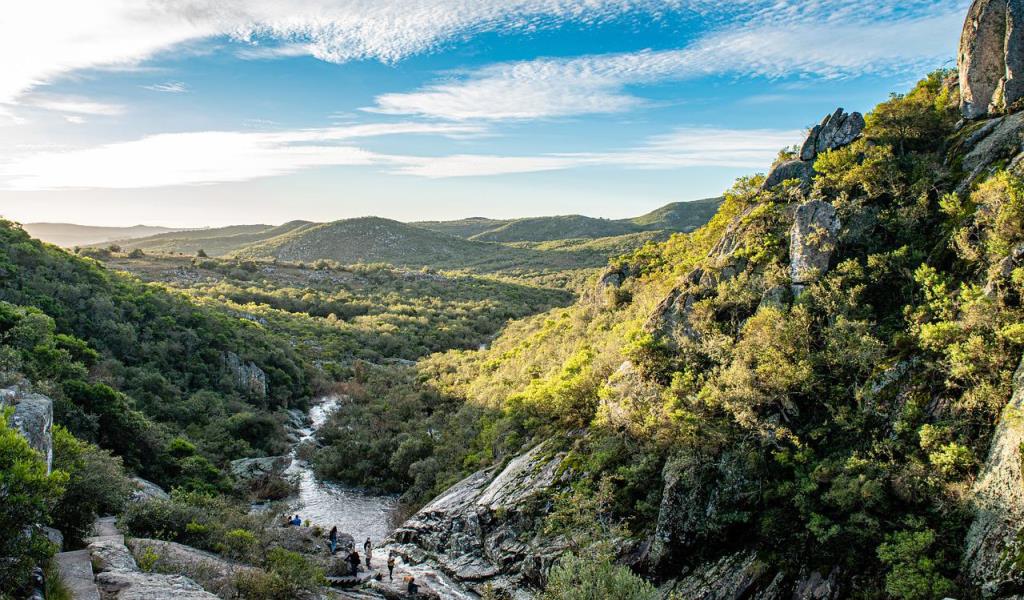 Founded in 1999, Buenos Aires, Argentina-based Mercado Libre claims to be Latin America’s leading ecommerce technology company, being among the 50 most visited websites in the world.

Aware of the environmental impact and the responsibility to create concrete actions to mitigate it, Mercado Libre is reinforcing its commitment to grow in harmony with the environment and generate a positive social and environmental impact in the regions where it operates by taking a more restoration economy-style approach: restoring forests and ecosystems, rather than just minimizing new damage to them (which is the focus of most sustainability and green initiatives. We can’t have a better future by slowing down the rate of damage: only a less-bad future.

Through the Regenera América Program, the company announced on June 9, 2022 that it will invest $18 million to support initiatives for the regeneration (and conservation) of biomes in Latin America.

The program was created in 2021 with an initial investment of almost $8 million to finance two projects in Brazil’s Atlantic Forest, one of the most threatened ecosystems in the region.

This year, Regenera América will make an additional investment of $10 million for new projects and the expansion of projects already implemented. In this new edition of the program, four projects in Brazil and one in Mexico have been selected.

In Mexico, Regenera America will support the Llanos de Apan (Aquifer Restoration Project) together with Pachama and Toroto, a leading company in the environmental sector that works with nature-based solutions to address the climate crisis.

The initiative aims to prevent the increasing erosion in the area that has eliminated meters of soil, and to improve the health of the aquifer by restoring 3100 hectares of which 100 hectares will be actively restored with the planting of 120,000 native trees, and 3,000 hectares passively. The initiative includes soil conservation activities, rehabilitation of water bodies, and environmental education in the area.

“We are delighted to expand our partnership with Mercado Libre to originate new forest restoration and conservation projects throughout Latin America. Last year, we began with a single project, restoring 250 hectares of land in Brazil. This year, we’ll be partnering on five projects in total, in which we will protect and restore 3,300 hectares of land and over 3 million trees across Brazil and Mexico. These projects will have a meaningful impact on the local communities, wildlife and our climate, impacts that we’ll be measuring consistently over the years. We’re honoured to partner with leaders like Mercado Libre to restore nature, using technology at every step along the way,” says Diego Saez Gil, Co-Founder & CEO at Pachama.

Latin America is home to some of the planet’s most important biomes, which play a fundamental role in the well-being of people and the planet, as they help to mitigate the advance of climate change by capturing and storing carbon emitted into the atmosphere. Protecting this heritage is essential to combat the climate crisis and guarantee environmental services that are indispensable for life.

“Mercado Libre’s rapid growth in Latin America increases the responsibility and challenges regarding the impact of our operations. With this in mind, we have adopted the following measures to reinforce our commitment to generate a positive socio-environmental impact in the regions where we operate: measuring and reporting our carbon footprint; using renewable energy sources in our Storage Centers and offices; expanding our fleet of electric cars; implementing material circularity management processes; and supporting projects with environmental and social impact that we finance from the proceeds of the US$400 million sustainable bond announced in 2020,” says Pedro Arnt, Chief Financial Officer of Mercado Libre.

“Regenera America is part of Mercado Libre’s global ESG strategy. Each year, we will invest an amount proportional to our carbon footprint in regeneration and conservation initiatives that contribute to the fight against climate change and generate new carbon credits,” he concluded.

In partnership with the Instituto de Pesquisa Ecológica (IPÊ), a leading organization in environmental issues, an additional 50 hectares will be restored in Brazil’s Atlantic Forest, and 100,000 native species will be planted. The program will also promote three new projects.

The first will be in the Pau Brazil Corridor. Together with local NGOs, it will work on the restoration of 70 hectares of Atlantic forest by planting 116,000 native trees in the state of Bahia and the creation of a biological corridor between two national parks.

In the Tinguá-Bocaina Parks, 70 hectares will be restored by planting 116,000 native Atlantic Forest trees in the state of Rio de Janeiro and protecting the region’s watersheds.

Café Apuí is the third initiative that will focus on creating forestry projects in the Amazon. The projects will be implemented together with Pachama, a startup that uses satellite data and artificial intelligence to protect and manage ecosystems.

Photo of forest in Uruguay by Ernesto Velázquez from Pixabay.