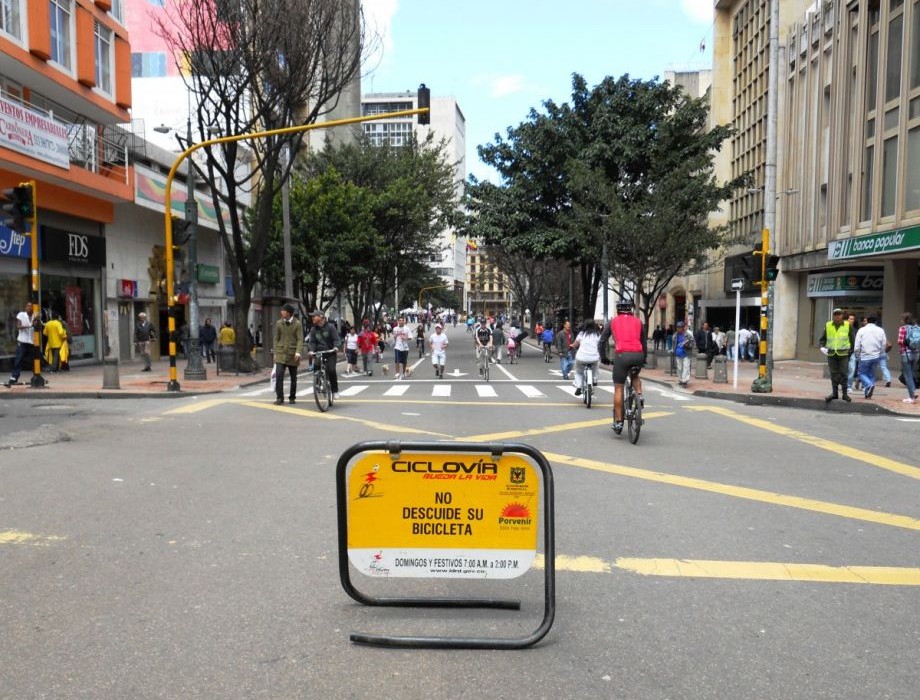 Note from Storm: I had the pleasure of working with Gil Peñalosa in 2014, when he did a workshop at the regional Growing Sustainable Communities conference in Dubuque, Iowa (which I keynoted).  Back in 2003, his brother, Enrique Peñalosa, and I keynoted another sustainable communities conference in Burlington, Vermont.  Both are visionary thinkers and doers that city leaders worldwide would do well to emulate.

From the article: In his time as Bogota’s parks commissioner, Gil Peñalosa championed the creation or revitalization of over 200 parks, including the 988-acre Simon Bolivar Park. He instituted Ciclovia, a weekly car-free streets event that now takes place on 75 miles of closed streets and sees 1.3 million participants each Sunday. He also supported his brother, former Mayor Enrique Peñalosa, in his installation of 174 miles of protected bike lanes, which helped bring bicycling’s mode share from .5 to 5 percent.

“Bogota is evidence that this is not a financial issue, not a skills issue. It is a political issue,” Peñalosa said.

Step one in the Gil Peñalosa guide to transforming cities: Create a sense of urgency. He says with an obesity epidemic, shrunken city budgets, exploding urban growth, climate change and aging populations, that urgency is already very real.

The second step is implementing infrastructure that not only works for everyone, but also is attractive and inviting. “We need to stop building cities as if everyone is 30 and athletic,” Peñalosa exclaimed, eliciting applause from the audience.