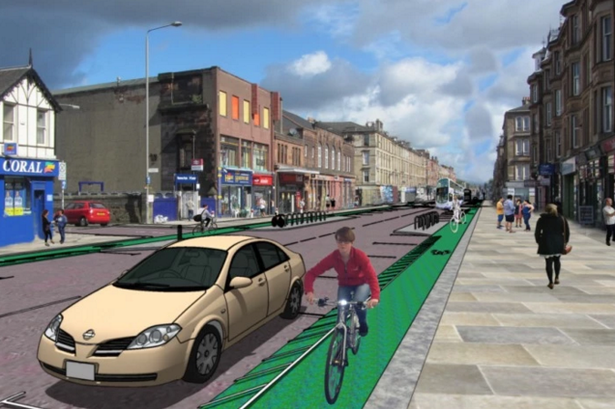 A new bicycle route that’s set to transform one of the south side’s busiest streets has been given £3.25 million in funding from the Scottish Government.

The £6.5 million, 3 kilometer-long South City Way will take cyclists from Victoria Road into the city centre via Stockwell Street, with massive refurbishment plans ahead for the neighbourhood.

On August 12, 2016 Minister for Transport Humza Yousaf announced that the project had won the Community Links Plus (CLP), a streetscape design competition launched by Sustrans Scotland and the Scottish Government.

Matthew MacDonald, CLP Manager at Sustrans Scotland, commented: “We’re hopeful that Scotland will become a leading example of why places that integrate people moving by foot, bike or public transport are more attractive, places to spend time and money, and this leads to stronger local economies and healthier people than places designed around vehicles.”