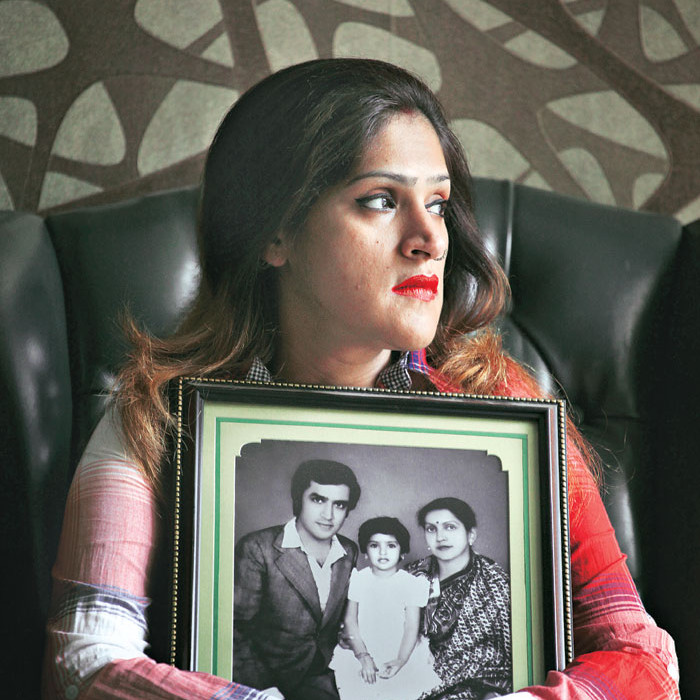 If anyone had asked six-year-old Avantika Maken what she wanted to do when she grew up, it would had taken the little girl an instant to reply: “Kill the person who killed my parents.”

It was a sentiment that festered in her as she grew up, with anger, loneliness and helplessness compounding her immeasurable loss.

One of the attackers, known as “Kuki”, fled to the US and was arrested by Interpol in New Jersey, USA in 1987. He was deported to India in February 2000 and sentenced to life imprisonment in 2003.

Later that year, a petition was filed asking that his life sentence be commuted on the ground that the fatal shots hadn’t been fired by him. But it hinged on Avantika’s consent.

The volcano of bitterness that had been building up in Avantika finally found its vent in 2008, but in a manner no one quite expected.

That year, Avantika met the then Delhi chief minister Sheila Dikshit and asked her to agree to the petition.

She then went to Kuki’s house and had a meal with his father.

As Kuki’s sentence in prison ended and he was set free, it was Avantika who finally found a release.

Restorative justice, where criminals either meet their victims or are forgiven by them, may still be a rarity in India as compared to the West, but it has slowly started to make an impact.