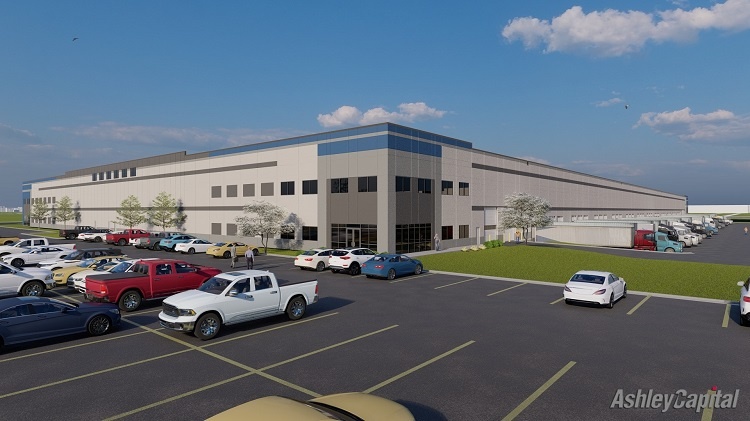 On December 7, 2021, the Michigan Economic Development Corporation (MEDC) announced that the Michigan Strategic Fund (MSF) board had approved several projects and initiatives that will help ensure continued economic revitalization throughout Michigan in the new year.

Right now, Michigan has an unprecedented opportunity to invest in families, communities, and small businesses with a $3.5 billion surplus, up from a projected $3 billion deficit, the third-fastest growing economy in the country at 8.3% GDP growth, and billions of dollars in federal funds from the American Rescue Plan and the Bipartisan Infrastructure Plan.

“Today’s approvals will help us continue to invest in Michigan’s economy by boosting our inventory of site ready facilities, supporting placemaking efforts in communities statewide, and investing in initiatives that will ensure long-term economic opportunity for businesses in the state,” said Governor Gretchen Whitmer. “Through these investments, we can position Michigan to usher in a new era of prosperity and stay laser-focused on growing our economy, creating good-paying jobs, and lowering costs.”

The Livonia West Commerce Center 2, LLC project will redevelop the former GM plant and construct a new 370,000-square-foot high-bay, multi-tenant industrial building in the city of Livonia. The project is expected to generate a total capital investment of $32 million, and when fully leased it will have the potential to support efforts that could employ up to 185 full-time equivalent workers. In addition, the project will bring high-quality, available space critical for ongoing business attraction efforts in the region. Completion of the project will also bring additional investment, increased worker traffic and tax revenue to the neighborhood and city.

The City of Livonia Brownfield Redevelopment Authority received MSF approval of $3.6 million in state tax capture for the alleviation of brownfield conditions at the site, making it suitable for redevelopment. The city of Livonia is supporting the project through the local portion of the brownfield work plan valued at $4.6 million.

The developer on this project, Ashley Capital, has a strong track record of success in creating speculative facilities in the state, including the Tri-County Commerce Center in Hazel Park and Liberty Park Commerce Center in Sterling Heights.

Market analysis has repeatedly shown that move-in ready sites in the 200,000- to 500,000- square-foot range are in demand. Supporting this type of property remains critical to retaining existing companies in the state as they grow and offers opportunities to attract new companies here to Michigan.

The MSF also approved a new Public Gathering Spaces Initiative to support the creation and expansion of public gathering spaces that allow residents to gather, relax, celebrate and commemorate safely together. Together, these two programs build on MEDC’s continued strategic efforts to attract talent through innovative placemaking and transform underutilized properties into vibrant spaces.

The RAP program is intended to address office or community space left vacant through the transition to remote and hybrid work or in industries hardest hit as a result of COVID-19. Projects may also include the development of permanent place-based infrastructure associated with traditional downtowns, social-zones, outdoor dining and placed-based public spaces. The program will allow individual projects to apply for up to $5 million in support of their efforts to revitalize underutilized spaces, while partner organizations may also apply for up to $20 million to implement programs in support of their own local or regional revitalization strategies.

The program is intended to address a rise in vacancy rates throughout Michigan’s downtowns and commercial districts by supporting building conversions and renovations that will attract new users and build increased vitality. Additionally, the program is intended to invest in placemaking in locations that have had the greatest adverse economic impact as a result of the pandemic.

The Public Gathering Spaces Initiative will support the creation and expansion of public gathering spaces in low-and-moderate income communities across the state, supporting efforts to implement permanent, place-based infrastructure in these communities.

This program will provide grants between $200,000 to $1 million to create and enhance recreational places, and to fund projects like farmers markets, parks, town squares, playgrounds and amphitheaters. The program addresses the shift toward a greater interest in and use of outdoor public spaces, recognizing the immense value they provide for community members of all ages and backgrounds to gather year-round.

Together, these two placemaking initiatives will help continue to equitably increase the wealth, prosperity, opportunity and vibrancy of communities throughout all corners of the state.

The MSF board also approved a total of $1.275 million in continued support for the regional Procurement Technical Assistance Centers throughout the state. Michigan’s PTACs work to enhance national defense and economic development by providing a variety of services to Michigan businesses looking to obtain government contracts at every level – federal, state, and local. The funding is used to provide a 40 percent match to the funding provided by the U.S. Department of Defense.

Michigan’s PTACs provide services to companies in every county in the state. In fiscal year 2021, the PTACs of Michigan leveraged $3.1 million in federal DOD funding and reported that they facilitated nearly $300 million in federal contract awards to Michigan businesses.

The board also approved an additional $5.55 million in support for two service providers, Automation Alley and the Michigan Manufacturing Technology Center, for ongoing support of MEDC’s Industry 4.0 initiative. Approved in December 2020, the Industry 4.0 initiative is a statewide effort to ensure 50 percent of Michigan small and mid-sized manufacturers – or 6,200 businesses – are prepared to adopt Industry 4.0 technologies at some level by 2025. Michigan continues preparing manufacturers to adopt these new and innovative technologies into the future.

“Today’s meeting builds even more momentum toward creating a championship economy that delivers the wins to grow opportunity and to impact communities all across our state,” said Quentin L. Messer, Jr., CEO of MEDC and President and Chair of the MSF Board. “The actions taken by the Michigan Strategic Fund demonstrate our laser-focus on ensuring Michigan’s economic recovery is felt by all of our 10 million residents, while continuing to prove we are a global home for opportunity for businesses of all sizes.”

In fiscal year 2021, business expansion and community revitalization projects supported by the Michigan Strategic Fund generated a total private investment of more than $3.7 billion and created 13,906 jobs across the state.

Transformational community revitalization projects include: North Flint Food Market – Redevelopment of a vacant building on the north side of Flint into a new co-op urban grocery store development that will include a full-service grocery store providing reliable access to fresh foods to residents of the community; and Whirlpool Corporation – constructing Harbor Shores Apartments, a multifamily development with 80 apartments and 120 parking spaces, which is anticipated to result in $20.9 million in total capital investment in the city of Benton Harbor.

Other highlights of 2021 include: