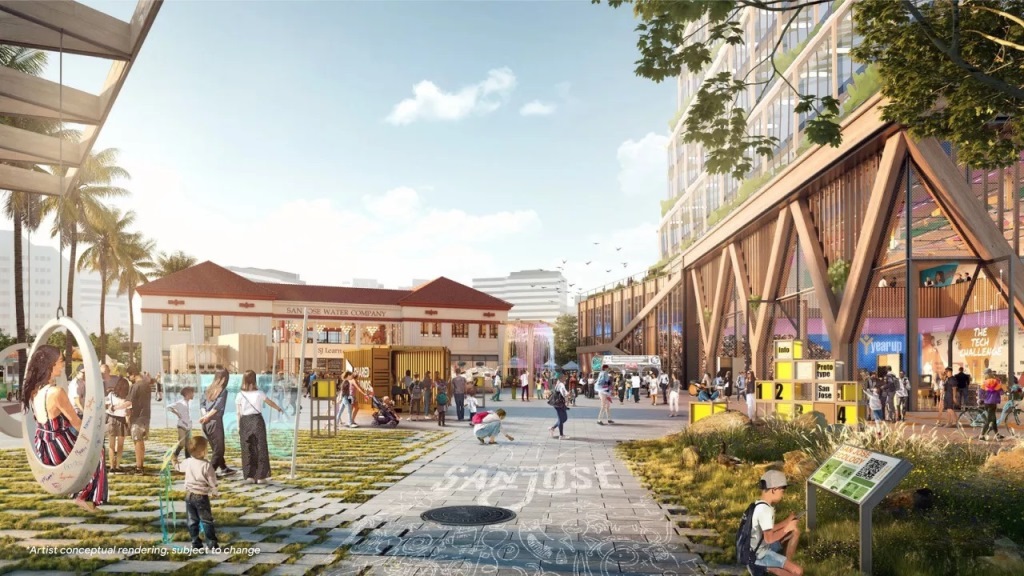 With more than one million residents, San José, California (where REVITALIZATION editor Storm Cunningham lived many moons ago) is one of the most diverse large cities in the United States. It’s also northern California’s largest city, and the 10th largest city in the nation.

San José’s transformation into a global innovation center has resulted in one of the largest concentrations of technology companies and expertise in the world. In 2011, the City adopted Envision San José 2040, a long-term redevelopment plan that sets forth a vision and a comprehensive road map to guide the City’s anticipated growth through the year 2040. 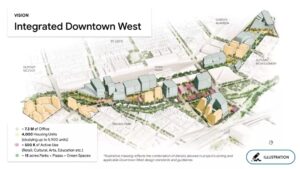 Now, on October 7, 2020, a key early milestone in that plan was reached when Google, Inc.’s approximate 80-acre Downtown West Mixed-Use Project when the City published the next iteration of the project plans and related draft environmental impact report (DEIR).

“The Downtown West project, combined with our investments in transit nearby, will catalyze the revitalization of our city’s core and transform a city built for automobiles into a city built for people,” said Mayor Sam Liccardo.

“Particularly amid all the challenges of this pandemic, I’m grateful for the persistent collaboration between Google and City staff to enable our community to benefit from thousands of jobs, affordable apartments, vibrant retail and restaurants, public plazas, and park space,” he added. 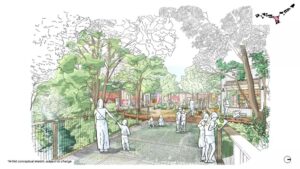 Google originally submitted a development application to the City on October 10, 2019. Now, Google has submitted updated plans and the remaining documents that enable further public input as well as enabling the City to complete its review process. This puts the project on track to reach the City Council for their consideration and possible approval in Spring 2021.

“Google and City staff have worked incredibly hard to keep the project moving forward through the pandemic, which delayed the project review and related outreach by a few months. We are elated to reach this milestone and publicly share the Downtown West Updated Submittal and DEIR,” said Rosalynn Hughey, director of the Department of Planning, Building and Code Enforcement.

Hughey noted that Google’s submittal a year ago was very conceptual, and the community has been eager to see the concepts fleshed out. Google and the City have held numerous community meetings and informational fairs on the original concept and have used that public feedback to shape and make refinements to the project. 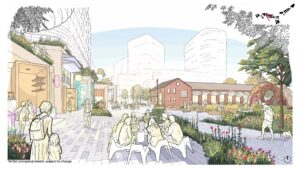 In 2018 as then-Director of Economic Development, Walesh led the launch of a significant community engagement initiative for both Google’s proposed Downtown West project and the Diridon Station Area Plan update. “I want to thank our community members for getting involved. We now have updated, more specific information to share and welcome the continued public feedback that will shape the project to reflect our community’s needs and aspirations,” she continued.

The community engagement process is continuing with an invitation to view and give feedback on Google’s updated plans and DEIR, and a community meeting on the project is scheduled for October 19, 2020 at 6:30 p.m. Both the City’s Google Project website and the Diridon Station Area website provide links to finding documents, meeting details, project videos, and a feedback form: www.sanjoseca.gov/GoogleProject and www.diridonsj.org

As is common for projects on a large site and entailing multiple buildings that may take many years to build out, there is a somewhat complex review process for the Downtown West Updated Submittal, entailing several planning documents. The project – subject to City Council approval – is proposed to come together through the following elements:

“This is far from a typical proposed development and both the project and the process around it are extraordinary,” added Hughey.

“In addition to Google’s offices, it proposes housing, a hotel, parkland, open space, active uses including retail, and community features within steps of the Diridon Station, which itself is being redesigned. The Google Project is implementing the community’s vision outlined in the Diridon Station Area Plan for a new, vibrant mixed-use neighborhood district. We look forward to see continued public engagement on this,” she concluded.

All renderings courtesy of Google, Inc.