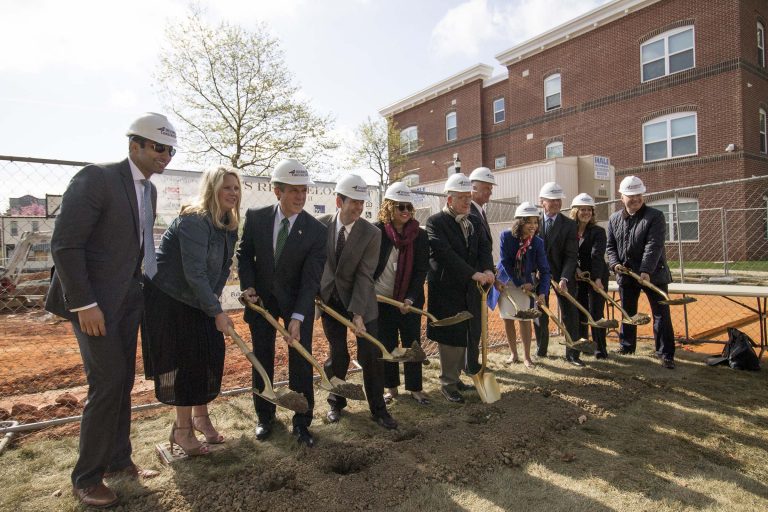 On April 19, 2017, Delaware Governor John Carney helped celebrate progress toward housing redevelopment in the Flats neighborhood in Wilmington. “When we revitalize and bring back neighborhoods like this and strengthen neighborhoods across our city, we’re strengthening our state,” he said.

Phases I and II of the Flats project, being redeveloped by the Todmorden Foundation and the Woodlawn Trustees, were supported by $6.5 million from Delaware’s Housing Development Fund, overseen by the Delaware State Housing Authority.

“First and foremost, this is about a community on the West Side – a strong community in our city,” said Governor Carney. “It’s about the people who live there. It’s about workforce housing. But to put a housing project together like this takes a big team and a big partnership. It should go without saying that as goes the City of Wilmington, so goes the State of Delaware.”

The Todmorden Foundation is leading this $100 million plan to redevelop the Flats neighborhood on the West side of Wilmington. This community of over 450 residential units will be redeveloped in 6 phases over multi-years.

Tpdmorden is working with designers and architects to maintain the historic feel and character of this community, which was originally envisioned by William P. Bancroft over a century ago to house mill workers, artisans, and other people of modest means.

They plan to capture the neighborhood’s charm by incorporating quality, human-scaled architecture and signature design features that make the flats an important part of the urban fabric of Wilmington.

Todmorden has partnered with Woodlawn Trustees, Inc. and HDC MidAtlantic on this extensive revitalization project.