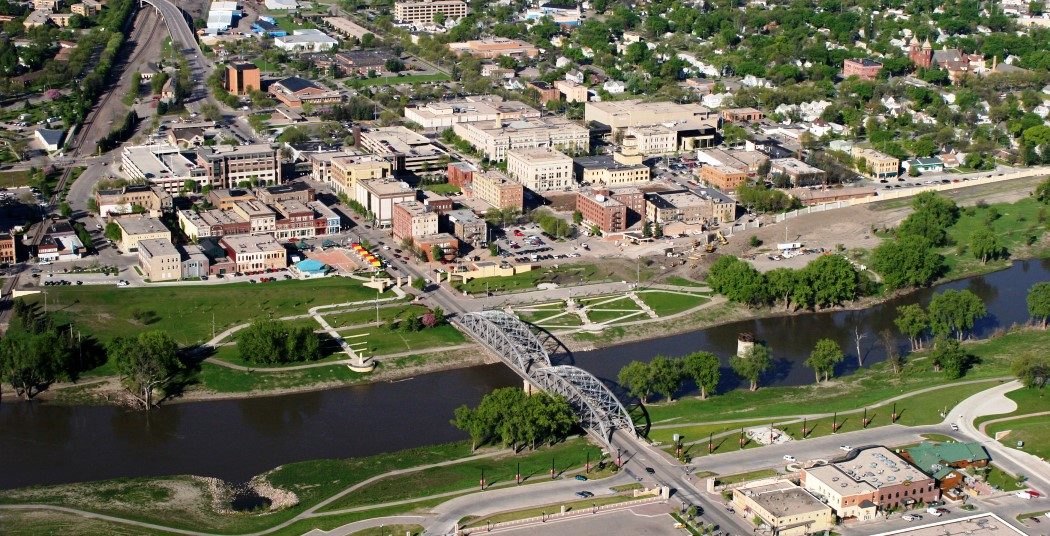 In my (Storm Cunningham) 2008 book, Rewealth (McGraw-Hill Professional), I described how many of the best opportunities to revitalize a waterfront and/or a downtown come when old infrastructure is moved to a more-appropriate location.

Putting a water or sewage treatment plant on the waterfront might have made sense a century ago, when there was nothing but heavy industry and warehouses there. But cities worldwide are now discovering the magic revitalizing power of water, and are reconnecting themselves to it.

Many times, such properties were walled-off from public access (for good reason), so revitalizing them means repurposing, renewing and reconnecting them (the 3Re Strategy). In this manner, the a city’s most undesirable real estate can become its most valuable.

This is what’s happening in Grand Forks, North Dakota, where they are moving a century-old water treatment plant out of the downtown, so they can redevelop the site to a higher and better use. Although the current facility only dates to 1956, the city’s original 1901 water plant was on the same site.

The address also is significant for the unique view it offers of the intersection of Red Lake River and Red River, which led to the “Grand Forks” name.

Water Treatment Plant Supervisor Fred Goetz says, “I call it the million-dollar view. It’s very pretty, especially in the summer months when the trees are all budded out,.”

Consultants agree. Urban Planner Cory Scott, who is helping Grand Forks create a Downtown Action Plan, is recommending the city build single-family housing on the site to take advantage of the view.

However, Alex Reichert, who serves on the Planning and Zoning Commission, said earlier this month in a meeting he had “no interest” in approving the kind of residential development he saw in Scott’s proposals.

“If we’re going to expand downtown, I don’t want to just put some townhouses where the water treatment plant is,” Reichert has said. “I would like to see mixed use down there, I would like to see significant commercial, the sort of thing that can provide an opportunity to stretch downtown by a good six, eight, blocks by putting another anchor down there.”

City Administrator Todd Feland said the city wants to create an “extraordinary redevelopment” that will not only stand the test of time, but also the test of economic forecasting.

Redevelopment of the site could begin as early as 2021.