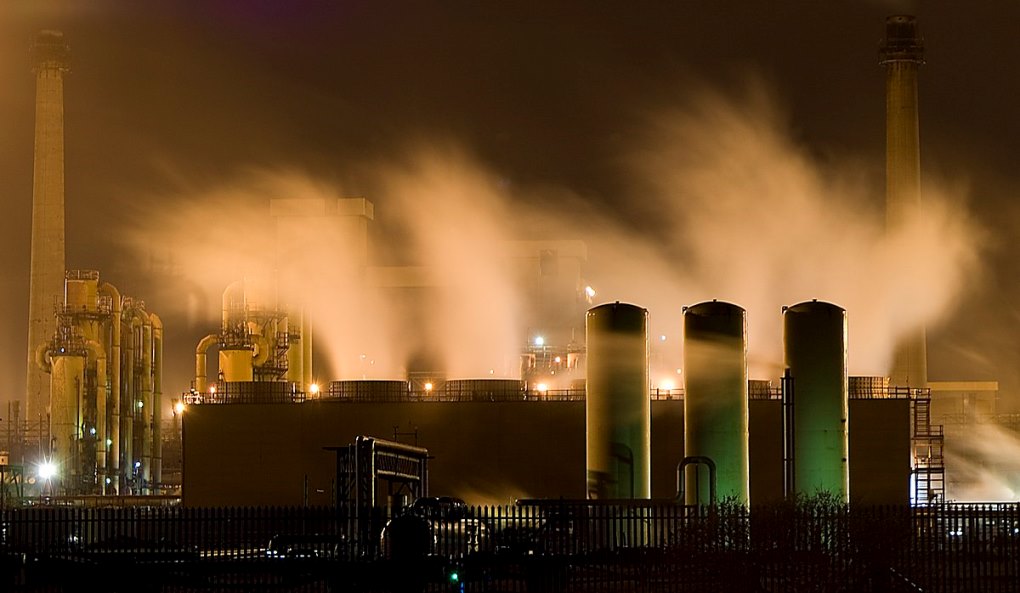 Redcar is a seaside resort and town in North Yorkshire, England. The town’s largest employer in the post-war era was the nearby Teesside Steelworks at Warrenby, founded by Dorman Long in 1917.

The steel produced at Dorman Long was used to build the Sydney Harbour Bridge, Tyne Bridge, Auckland Harbour Bridge and many others.

Both the Warrenby and Lackenby sites became part of Tata Steel when Corus was taken over in 2007, but continued to trade under the Corus name until at least February 2008. Sahaviriya Steel Industries (SSI) bought the plant from Tata Steel in February 2011, for £320 million.

After a two-year hiatus following the mothballing of the plant in February 2010, steel was once again being made at Redcar. The Thai owners of the former Corus Plant at Lackenby, SSI, re-ignited the blast furnace, one of the largest in Europe, on 15 April 2012.

On September 28, 2015, after 170 years of production, the plant was mothballed amid poor steel trading conditions across the world and a drop in steel prices. On 2 October 2, 2015, SSI UK filed for bankruptcy.  On October 12, 2015 the administrator announced that there was no realistic prospect of finding a buyer and the ovens would be extinguished, and most likely demolished.

But now, a grand vision has emerged to preserve the steel site as an industrial heritage landmark, and repurpose it as a tourist attraction. The 365-foot-tall furnace is as high as St. Paul’s Cathedral.

The South Tees Development Corporation has proposed a regeneration of some 4500 acres of land along the River Tees, and the plan includes the old steep factory site. Hundreds of businesses in the Tees Valley will be able to benefit from a major regeneration expected to create thousands of jobs and significantly boost industrial growth in the North East.

During a visit on August 23, 2017, Prime Minister Theresa May officially launched the South Tees Development Corporation (STDC), which has been working on plans to redevelop a 4,500-acre stretch of land on the south bank of the River Tees.

As the first Mayoral Development Corporation outside of London, the STDC will become a flagbearer for major business growth across the region and will work with industry to take advantage of opportunities in the area – part of which was formerly the SSI steelworks.

Prime Minister May said: “I want every part of the UK to reach its full potential and the regeneration of South Tees is a crucial step to stimulate economic growth across Tees Valley. The South Tees Development Corporation – the first of its kind outside of London – is a prime example of how placing power in the hands of local communities can drive growth. To deliver a strong, outward-looking Northern Powerhouse, part of an Industrial Strategy that works to improve productivity, we have to see all corners of the North reach their full economic potential. This long-term plan being led by Mayor Ben Houchen will bring great new opportunities for South Tees, helping to create the conditions where successful businesses can emerge and grow, and in turn provide high-quality jobs for local people.”

In the coming weeks the corporation will publish its draft plans, outlining that it will work with investors and cutting-edge industry from across the region to transform South Tees and the wider area.

Teesport is the largest exporting port in England and is also the deepest on the east coast of the UK. Placed in the heart of Tees Valley’s industrial zone, the area already enjoys unique exporting potential and the STDC plan will seek to further spur these opportunities.

Chaired by Tees Valley Mayor Ben Houchen, the project is a key part of the Tees Valley’s Devolution Deal.

Through the deal, powers have been handed from Whitehall to local leaders and coupled with hundreds of millions of pounds of government investment into the Tees Valley Combined Authority over 30 years, these plans can help bring about a lasting economic boost to the area. On top of this, the government is providing Tees Valley with Local Growth Deal funding of £126m up to 2021.

Shortly after taking office, the Mayor used his powers to create the corporation, and today the members of the STDC board will also be announced. He has appointed board members from a variety of backgrounds, who will bring their experiences of industry and knowledge of the area to boost commercial interest in the site.

Mayor Houchen said: “This is an historic moment for the Tees Valley – nowhere else outside of London has a Mayoral Development Corporation. It is a sign of the government’s commitment to our region and I am delighted the Prime Minister will see first-hand the opportunity we have to turn this local site into a national asset. I urge companies that are looking to invest in the UK to come up to Redcar and see for themselves the fantastic infrastructure, good transport connections and local highly-skilled workforce within its catchment area. As we negotiate our exit from the EU, our plans offer an exciting opportunity for Teesside to access new international markets, bringing inward investment into the area. This has the potential to create more than 20,000 high quality jobs for local people over the lifetime of the project.”

“British Steel has already made a commitment to the site and the world’s largest dedicated biomass energy plant, MGT Teesside, is being constructed. These projects, and many more in our inward investment pipeline, demonstrate the level of our ambition for the area and are tangible evidence of the economic benefits that devolution is already bringing to Tees Valley,” Houchen continued

A full masterplan detailing the corporation’s aims will be launched in the autumn. A formal consultation will be published at the same time, giving communities and businesses in the area a chance to put forward their views on the project.

The STDC’s plans are a prime example of the government’s ongoing Northern Powerhouse drive to strengthen trade and investment, support innovation and growth in Northern hubs, improve transport links, and boost skills and education.

Northern infrastructure is a huge priority for the government and we are delivering real change through record investment.

Transport for the North has been given £60 million to develop plans for Northern Powerhouse Rail to better link the great cities of the North and they are due to submit their proposals later this year.

By 2020 the government will have invested £1 billion to upgrade one of the largest rail networks in the country through the Great North Rail Project. The Northern and TransPennine Express franchises are providing new trains, including more than 500 new carriages, room for 40,000 extra passengers and more than 2,000 extra services a week, including new fast services right across the region.

And on roads funding, there has been £128 million to widen sections of the A19 to relieve congestion and promote growth in the Tees Valley, as well as £380 million to upgrade the A1 and improve links between London and Newcastle.

Featured photo of the Teesside (Corus) Steelworks at night by Stuart Kerr via Wikipedia.