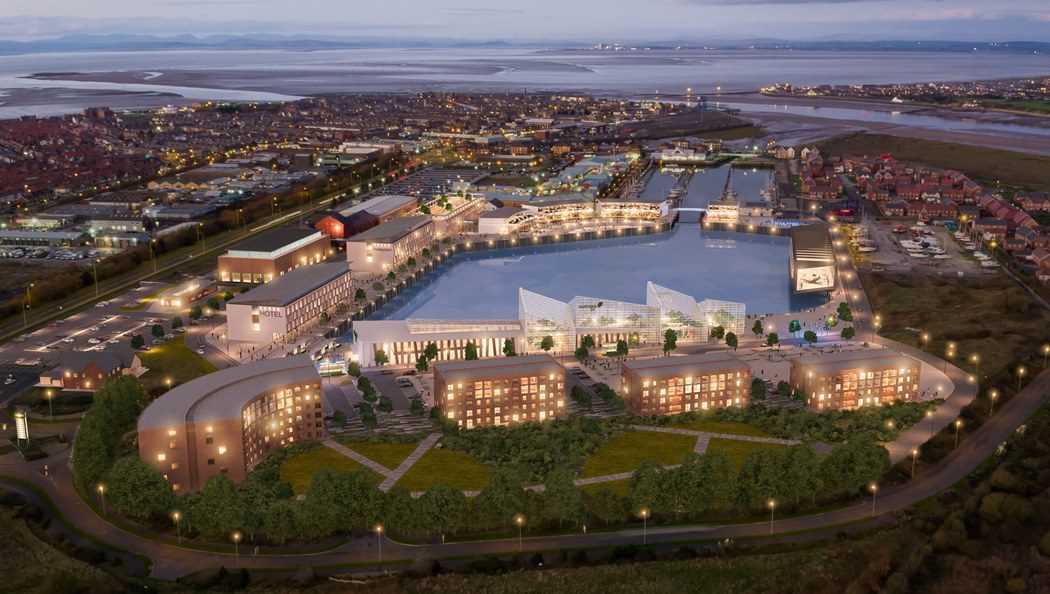 On the northwest coast of England in County Lancashire is the town of Fleetwood. It sits on the Fylde Peninsula, 8 miles (13 km) north of Blackpool. The town itself is on a peninsula, almost 2 miles (3 km) wide, bounded to the west by the Irish Sea, to the north by Morecambe Bay, and to the east by the mouth of the River Wyre. 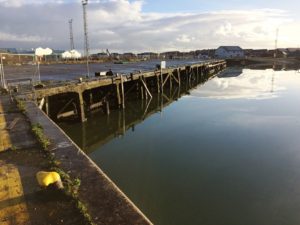 The Wyre Dock served the town of Fleetwood for a long time, back when Fleetwood was a commercial port and had a railway station. But that hasn’t been the reality for many decades, and the dock area has seen better days.

But if a visionary group of architects and developers have their way, Wyre Dock will soon see better days again.

Wyre Dock Development Ltd. was established in 2016 to provide a formal entity through which proposals for the regeneration and renewal of a historic part of Fleetwood’s history could be taken forward with Associated British Ports and other parties. The company’s directors are residents of the Fylde Coast with strong links to Fleetwood and a strong desire to revitalize the town. 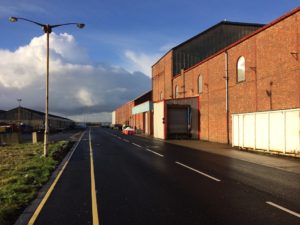 In November of 2017, proposals for a major redevelopment of Wyre Dock that would boost Fleetwood’s economy and profile have been unveiled to an audience of residents and interest groups, the businesses community and local authorities. ​ The project, called Fleetwood Quays, is the idea of Wyre Dock Development Ltd and Fleetwood-born director Frank Heald.

Heald says, “We have formally launched a bold vision for Fleetwood using the Wyre Dock as a catalyst for renewal and regeneration of the Town. Fleetwood Quays would offer jobs and training opportunities for residents, draw in new visitors to boost the local economy and put Fleetwood firmly on the map as a major destination.” 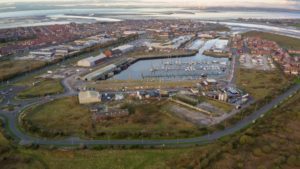 Wyre Dock area prior to regeneration.

Within the proposals for the mixed-use site are a hotel, restaurant, botanical-themed visitor attraction, transport and Fleetwood themed heritage centre, an exhibition hall, retail, leisure and residential property as well as a purpose-built hub for the Town’s important fish-trading sector. ​ Fellow director John Woodman, who was born in Blackpool, added “We are at an early stage but over the past 18 months have been assembling an experienced and committed team to deliver this project. Among these is the landowners, ABP, who will be represented at the presentation.” ​ A spokesman for the company said: “ABP is supportive of the vision for the sensitive regeneration of Fleetwood and we are keen to explore different options with partners such as the Wyre Dock Development in the hope to realise the potential for the local community that the site can deliver.”

Lionhouse Architects – together with Smiemans projecten – designed one of the most defining elements in the fishing port’s regeneration plans; a Chinese-themed botanical garden, which provide a walk-through of three different regions of China from a tropical flora perspective. More in-depth information can be found on our project page.

Other elements within the proposals designed by Brock Carmichael for the mixed-use site are a hotel, restaurant, transport and Fleetwood themed heritage centre, an exhibition hall, retail, leisure and residential property as well as a purpose-built hub for the Town’s important fish-trading sector.

The proposal also includes an electric tramway linking the displays around the waterfront site. The combination of visitor attractions, a high quality residential development and conferencing venue are to bring about the sustainable regeneration of Wyre Dock.

Michael Cosser, the Partner at Brock Carmichael leading the work on Fleetwood Quays said; “We’ve seen the positive effect projects of this scale can have on a coastline and on post-industrial docklands and are really pleased that the vision for Fleetwood and Wyre Dock has been so well received. We look forward to supporting the Fleetwood Quays development further.”

The proposals are due to be submitted for planning approval. A start date of 2019 has been put forward. If approved, the first stage would be built by 2022.

All renderings courtesy of Lionhouse Architects.