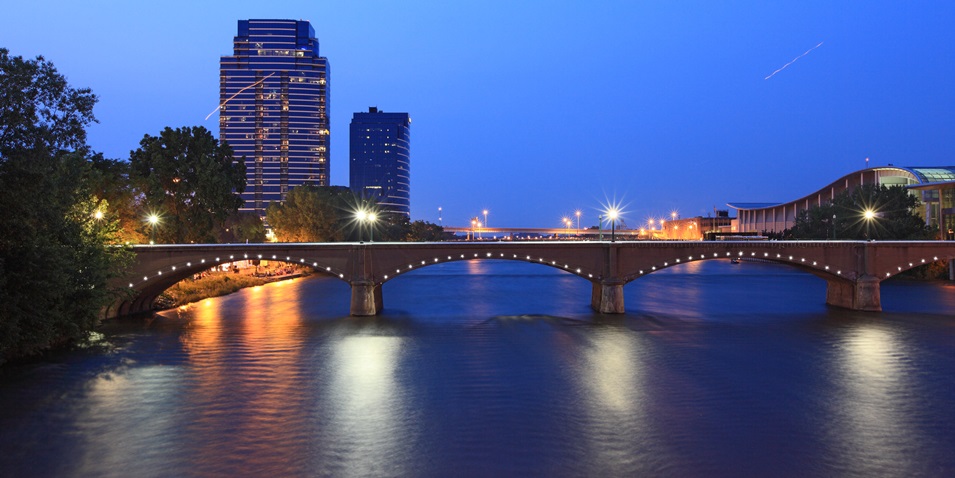 Coming out of the Great Recession, Grand Rapids–the state of Michigan‘s second-largest city–found itself to be one of the hottest markets in the nation. It enjoyed many new jobs in the health care and technology sectors, and a wealth of redevelopment in their downtown and surrounding neighborhoods.

With a population of about 190,000, Grand Rapids is a historic furniture-manufacturing center, home to five of the world’s leading office furniture companies. In fact, it’s nicknamed Furniture City, although its more common modern nickname (understandably) is River City, alluding to the Grand River.

These days, the revitalized city and surrounding communities are economically diverse, based in the health care, information technology, automotive, aviation, and consumer goods manufacturing industries, among others.

While philanthropic investment in civic institutions continues to be a major force in making Grand Rapids a revitalization success story over the past 25 years, much of the recent redevelopment has been financed, at least in part, via financial incentives such as tax increment financing and state/federal brownfield redevelopment funds.

In the minds of the city’s leadership, equity means more than just building more affordable housing. And that’s particularly true in the case of the 201 Market site, which is less than a 10-minute walk from the heart of downtown and the Pew Campus of Grand Valley State University on the other side of the Grand River.

While it’s not clear what yet will get built on the site, municipal leaders believe that the land will also need to offer better connections to public transit as well as access to the Grand River where there’s currently plans underway to restore the historic, eponymous rapids.

That project is being organized by the non-profit Grand Rapids Whitewater. It comprises individuals, rowing and paddling clubs, anglers and businesses dedicated to revitalizing the Grand River and putting the namesake rapids back in the Grand for everyone’s enjoyment. Their goal is to partner with the city and region to create a safer, more exciting river experience for everyone. 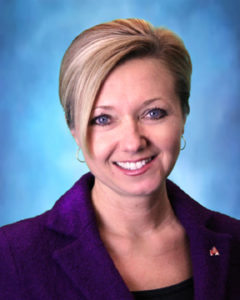 “I do think the team from the Rose Center affirmed that when you’re redeveloping public property there’s an opportunity to be very intentional with how that project is redeveloped,” Mayor Rosalynn Bliss said, referring to the involvement of the Rose Center for Public Leadership. “And equity needs to be a part of that.”

Grand Rapids is the home of John Ball Zoological Garden, Belknap Hill, and the Gerald R. Ford Museum. He and former First Lady Betty Ford were buried on the site. Significant buildings in the downtown include the DeVos Place Convention Center, Van Andel Arena, the Amway Grand Plaza Hotel, and the JW Marriott Hotel. The Urban Institute for Contemporary Arts is located downtown, and houses art exhibits, a movie theater, and the urban clay studio.[44]

Along the Grand River are reconstructed earthwork burial mounds, which were constructed by the prehistoric Hopewell tribe; a fish ladder, and a riverwalk.

Grand Rapids is home to the Van Andel Museum Center. Founded in 1854, it is among the oldest history museums in the United States.

Heritage Hill, a neighborhood directly east of downtown, is one of the largest urban historic districts in the country. The first “neighborhood” of Grand Rapids, its 1,300 homes date from 1848 and represent more than 60 architectural styles. Of particular significance is the Meyer May House, a Prairie-style home designed by Frank Lloyd Wright in 1908.