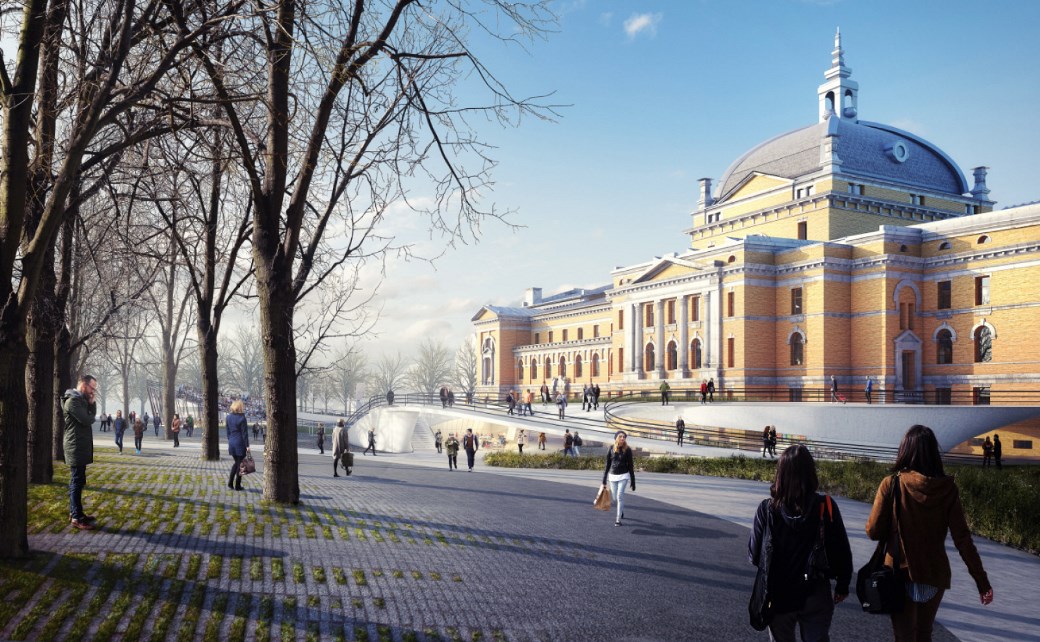 The National Theatre in Oslo is one of Norway‘s largest and most prominent venues for performance of dramatic arts. 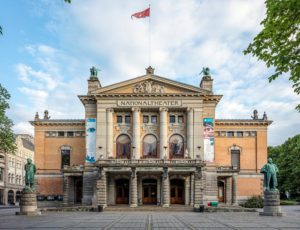 The National Theatre in 2016.Photo credit: Andrew Shiva via Wikipedia

The theater had its first performance on September 1, 1899 but can trace its origins to Christiania Theatre, which was founded in 1829.

A while back, the city announced plans to renovate the 118-year-old theater, but Oslo-based architecture firm Dark Arkitekter thought that the modest redo didn’t do justice to the iconic structure.

They also felt that the theater had a lot of untapped potential to revitalize the entire area, if the grounds were properly redesigned.

With this renovation, they think the National Theater again can become a great theater, as well as an attractive and accessible meeting place for citizens and tourists alike. 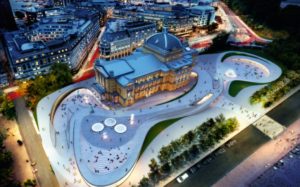 So the architects proposed a much grander rehab (as pictured in these images) for the National Theatre, which included redeveloping the surrounding public spaces.

On behalf of the National Theater, Dark designers made a visionary sketch based on the recommendations in a  2104 report.

Their vision wasn’t limited to the rehabilitation of the building, but saw the theater in a larger public context, with a fifty-year perspective.

Dark believes that the National Theater’s challenges are three-fold:

Their vision requires a rehabilitated theater building, with an upgrade for enhanced functionality and accessibility. The main scene is expanded and today’s amphitheater becomes a test hall for the main stage. In addition, there are meeting areas, cafe/restaurant, library and abundance areas.

To avoid new buildings that challenge the listed building, areas underground are added to meet the need for a modern theater. In front of the main entrance, a new access will connect the historic lobby with an immersed space for larger outdoor receptions, with a restaurant facing Stortingsgaten. 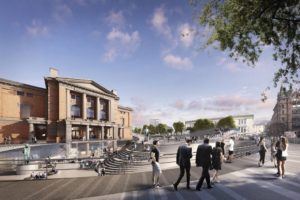 On the corner of the main shopping street, the building floor is raised to expose a ground floor café/gift shop underneath an amphitheater for smaller theater arrangements and open-air events.

Towards the University Square, the library and areas for theater access to children are added.

The entire site becomes a stage for urban life and theatrical performance, where the classical building plays the lead role. New city spaces are more targeted to the surroundings through new links to existing streets and squares, and by exposing the theater’s features to passers-by and visitors.

Let’s hope the city leaders see the wisdom of Dark’s vision, and fund the necessary work. It’s been a long time since I (Storm) was last in Oslo, but I hope to see a greatly revitalized National Theatre neighborhood upon my eventual return.

All renderings courtesy of Dark Arkitekter.