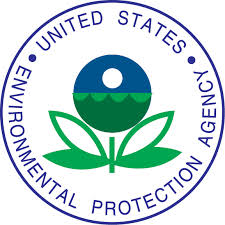 In a July 28, 2015 news release, the U.S. Environmental Protection Agency (EPA) reported that during its first five years, the Great Lakes Restoration Initiative implemented more than 2500 projects to improve water quality, clean up contaminated shoreline, protect and restore native habitat and species and prevent and control invasive species in the Great Lakes.

That work, which began in 2010, is summarized in a new Report to Congress and the President.

“The Great Lakes Restoration Initiative is making the Great Lakes healthier and local economies stronger,” said EPA Administrator and Great Lakes Interagency Task Force Chair Gina McCarthy. “With continued commitment from GLRI partners, we will continue to improve the health of the Great Lakes ecosystem and the communities that depend on that ecosystem for generations to come.”

This coordination has produced unparalleled results, including:

During the first five years of the GLRI, federal agencies and their partners completed all cleanup actions required to delist five Great Lakes Areas of Concern and to formally delist the Presque Isle Bay Area of Concern — a major change from the 25 years before the Initiative, during which only one Area of Concern was cleaned up and delisted. The United States and Canada designated 43 heavily contaminated sites around the Great Lakes as Areas of Concern under the 1987 Great Lakes Water Quality Agreement.

During the first five years of the Initiative, federal agencies and their partners also worked to reduce the largest nonpoint source of phosphorus runoff — agricultural lands — which contributes to harmful algal blooms in western Lake Erie, Saginaw Bay in Lake Huron and Green Bay in Lake Michigan. Federal agencies used GLRI funding to increase the number of acres of farmland enrolled in agricultural conservation programs in these priority watersheds by more than 70 percent. In the summer of 2014, EPA also provided almost 12 million dollars through the Initiative to protect public health by targeting harmful algal blooms in Western Lake Erie.

Since 2010, GLRI has funded efforts to prevent new introductions of invasive species and to support the work of the Asian Carp Regional Coordinating committee to prevent establishment of bighead and silver carp in the Great Lakes ecosystem. GLRI has also funded efforts to control terrestrial invasive species on more than 84,000 acres and to protect and restore approximately 150,000 acres of coastal, upland and island habitat in the Great Lakes basin.

The EPA leads the Great Lakes Interagency Task Force and the Regional Working Group that coordinate the work of 16 federal agencies to implement the GLRI. Last year, GLRI developed a new five-year plan to guide its 2015-2019 actions and strategically target the biggest threats to the Great Lakes ecosystem. (http://www.greatlakesrestoration.us/actionplan/index.html).

More information about the Initiative, including an interactive project map, is available at www.glri.us.