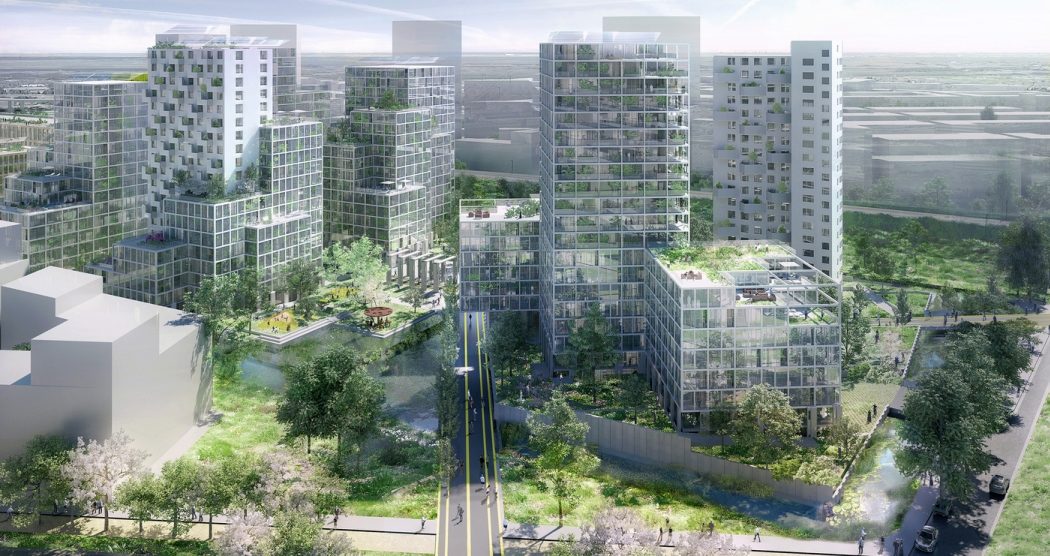 The Bijlmerbajes is a poorly-designed former prison complex in the southeast of Amsterdam in The Netherlands. It was built in the 1970s, and has always been problematic. 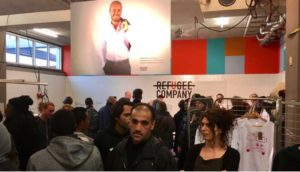 Recently, a portion of it has been used as a state-of-the-art refugee welcome center, as reported earlier here in REVITALIZATION.

Now, the entire complex is getting a second life. It’s being redeveloped by a team lead by AM Real Estate.

The 7.5 hectare (19 acre) site will be repurposed, renewed, and reconnected to the neighborhood, in a good example of the 3Re Strategy at work. 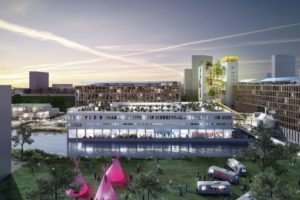 The master plan preserves the “island character” of the existing complex, yet links the renovated and new structures through a series of pedestrian and cycle bridges.

The “Bajes Kwartier,” as it will be known, has been envisioned as a primarily car-free environment.

The redevelopment will feature approximately 1350 residential units, ranging from rentals to luxury condominiums, with 30 percent designated as affordable housing. 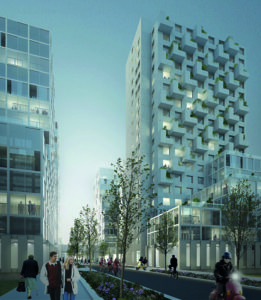 Five of the six prison towers will be demolished and replaced – the remaining will be preserved as a “green tower” containing a vertical park and urban farming plots.

The former central prison building will also be retained as a central design and arts center.

Other spaces include a restaurant, a health center, a school, a series of parks and water features, and an underground parking lot.

The architecture firm OMA is responsible for the masterplan of the 7.5 ha site, as well as the design of a significant portion of the 135,000 m2 building development.

Other collaborators include FABRICations architects and LOLA Landscape. 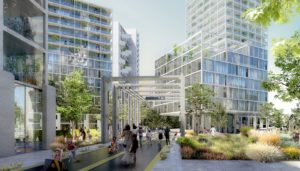 The towers of the Bijlmerbajes have been a landmark in the periphery of Amsterdam for decades.

With the city’s urban expansion to the north, south, east and west, the prison complex has gradually become a geographic center of Amsterdam’s new urban development, and can develop into a vibrant civic and cultural space.

The original prison masterplan comprised six linked towers and an administrative building, with a series of courtyards and separate gardens. In OMA’s masterplan, the island character of the prison enclosed by walls is conceptually preserved, yet linked at several positions through new pedestrian and cycle bridges. 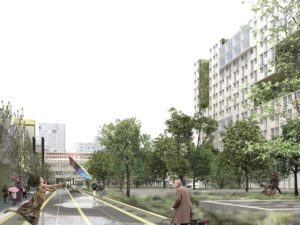 The Bajes Kwartier will become a largely car-free environment, with gardens and areas for recreation and fitness.

The land and its buildings belong to the Dutch government’s Rijksvastgoedbedrijf and will be sold to AM Real Estate.

Reuse of building materials is a key part of the redevelopment plans: prefab elements from the existing walls are to be reused as cladding for new residential buildings, prison bars will be used as balustrades, and the cell doors are to become edge panels for the new pedestrian bridges. 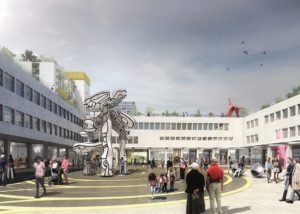 All buildings in the new district are designed to be completely energy-neutral, utilizing high r-value insulation and producing energy through solar panels, wind turbines and an organic waste decomposition system.

In addition, the plan calls for the reuse or recycling of 98 percent of existing building material, manifested in some unique design solutions.

The project is led by partners David Gianotten and Reinier de Graaf, and project architect Mariano Sagasta, and is scheduled to begin in early 2018.