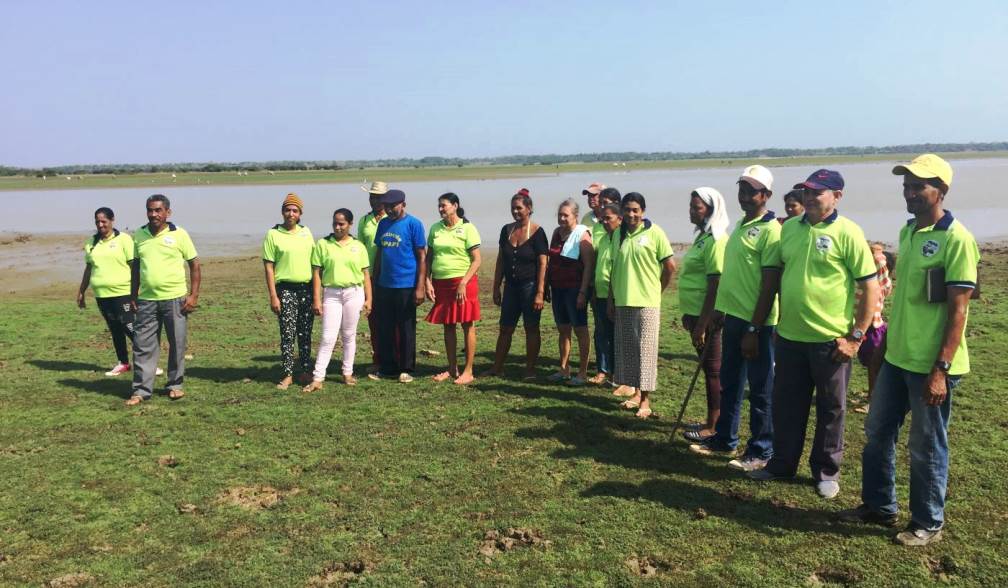 Forced to leave his small farm a decade ago to escape the worst floods in Colombia‘s recent history, Manuel Jimenez knows the destruction torrential rains can inflict only too well.

“The floods left behind a desert, a cemetery of dead trees and poisonous snakes. Everything was destroyed. We lost our home, crops and animals,” said the 43-year-old farmer in Pasifueres, a remote village in the northern province of Sucre.

“We lived through a cruel tragedy,” he told the Thomson Reuters Foundation.

Ten years on, as climate change bites, local farmers are learning to adapt to the impacts of wilder weather by working with nature, from restoring wetlands to planting trees and growing hardy rice varieties, backed by international funding.

Some parts of La Mojana are prone to drought, while others are experiencing more intense rains, said Jimena Puyana, who heads work on sustainable development in Colombia for the United Nations Development Programme (UNDP). 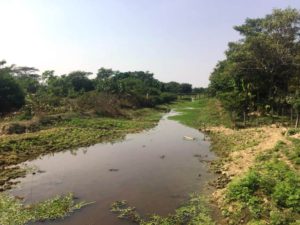 But rural communities are fighting back.

With nearly $8 million of UN funding since 2013, about 6,000 farming and fishing families in three municipalities of La Mojana have introduced a series of measures to adapt to climate shifts and cope better with extreme weather.

The approach focuses on so-called “nature-based solutions”—which involves improving ecosystems, including forests, wetlands and watersheds—led by village farmer associations, rather than building infrastructure like dikes and levees to contain floods.

One of the main methods is to restore the wetlands and waterways that regulate the local water supply so that they can act as natural drainage systems and buffers against storms.

Prolonged flooding and sediment build-up from illegal gold mining have damaged the wetlands around farming villages, disrupting the water’s natural flow and channels.

“What we are seeking to do is to recover the capacity of the region’s water systems,” said Francisco Charry, head of climate change at Colombia’s environment ministry, which is leading the project in partnership with the UNDP.

Climate change is worsening the conditions faced by vulnerable communities that are prone to flooding, he added. “(They) need to find a way to adapt to this new reality,” he said.

NOT AFRAID OF RAIN

At Pasifueres village, about 9 km (5.6 miles) of streams and creeks running alongside homes have so far been mapped using drones, and then deepened and widened both by hand and dredgers.

For the past four years, Yenifer Jimenez, not related to Manuel, has led a group of farmers who clear rubbish and weeds to unblock the streams each month. “We clean the streams constantly so that the water can run its natural course. This gives us protection,” Jimenez said.

Along the bank, farmers have also planted trees that act as a natural flood barrier. “The life of this community has been reborn with the rehabilitation of the streams. The waters don’t reach the houses anymore,” said Jimenez.

The 30-year-old, who belongs to a farmers’ association working on adaptation, said villagers were no longer afraid of the rains. “We can take torrential rains now. I don’t think another flood would affect us like it did 10 years ago. We’re better prepared,” she added.

They have also built about 10 straw-and-wood houses with zinc roofs, as well as several community centers, all elevated above ground to protect them from flooding.

Nearby, a small medicinal herb, fruit and vegetable garden of pepper, plantain and cassava trees has been created with a drip irrigation system. It provides women and their families with food to eat and produce to sell at the local market.

Charry said communities now understood a changing climate was affecting their food security. “They are learning to co-exist with this new situation,” he added. 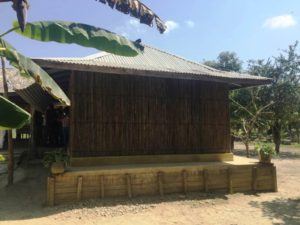 A two-hour drive away, along a dusty path passing thatched homes scattered among cattle and buffalo pastures and rice fields, another group of farmers at El Torno village is also trying to beat climate change.

Along with a high risk of floods, rising temperatures mean farmers here lack water in the summer months. With no running water, they rely on water collected from deep wells.

“We live in a very vulnerable area. Climate change is attacking us,” said community leader Amaury Ortega, shading himself from the searing heat and azure sky under a mango tree. “In the winter, there’s too much water. And in the summer, we don’t have any water. Temperatures now reach 43 degrees C. The wells are drying up and fishing is harder.”

Using seeds grown in new nurseries, farmers are planting trees and mangroves along the edges of nearby wetlands to create a natural wall and reduce the risk of floods.

“But it takes up to 15 years for some trees to grow, and it’s difficult to rehabilitate the wetlands because some people still aren’t aware of the importance of doing this,” said farmer Carlos Bohorquez.

In addition, nearly 2,800 hectares of native rice that is more resilient to high temperatures have been planted by farmer associations in La Mojana.

With $117 million in funding from donors and the Colombian government – including $38 million from the Green Climate Fund, which supports climate action in developing countries – these measures are now being rolled out to nine more flood-prone municipalities in La Mojana over the next eight years.

The project will also address drought by assisting rural farming communities to install about 7,400 water harvesting tanks on the roofs of homes, schools and clinics, allowing them to collect water during the rainy season.

According to the UNDP, it is one of South America’s biggest climate change adaptation initiatives, aiming to benefit about 400,000 people.

For farmer Jimenez, it is helping him get back on his feet after the floods and confront future risks.

“We can breathe again. The birds are singing again. We began to love our land again,” he said.

Featured photo (by THOMSON REUTERS FOUNDATION/Anastasia Moloney) shows a group of farmers near wetlands at the village of El Torno in northern province of Sucre, Colombia. February 11, 2020.

This article by Anastasia Moloney (@anastasiabogota), edited by Megan Rowling, originally appeared on the website of the Thomson Reuters Foundation, the charitable arm of Thomson Reuters. Reprinted here (with minor edits) by permission.