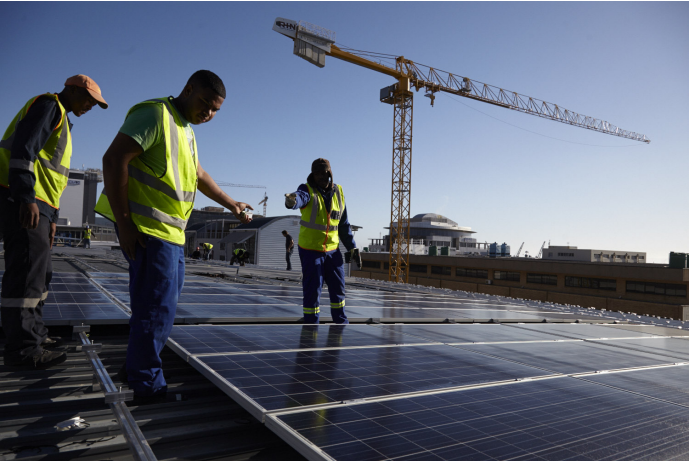 South Africa is working at national and subnational levels to address and mitigate the impacts of climate change, and to secure a cleaner, renewable energy future. In 2010, in direct response to the opportunities to be created by the IRP and anticipated REIPPP, and in response to the unreliable supply of nationally produced electricity, the Western Cape Government, one of the nine provincial (subnational) governments of South Africa, established a sector development agency. The agency, called GreenCape, was set up as a nonprofit organization to support businesses operating in the green economy in the Western Cape.

GreenCape has been highly successful in supporting the establishment of the renewable energy sector in the Western Cape and has extended support to other sectors in the green economy. This case study outlines how GreenCape was established, how it is structured, what services it offers, and how it has refined its approach over time. It explores why the GreenCape model is successful and the key lessons learned to enable this success.

GreenCape is a development agency that has been a key enabler of green growth and investment at the subnational level in South Africa’s Western Cape province. This case study shares how GreenCape was established as a nonprofit organization by the provincial government and how, through its work across government, business, and academia, it has contributed to realizing significant private sector investment and employment in green business, technologies, and manufacturing.

The goal of the case study is to illustrate the sector development agency model and the specific approach used by GreenCape, as well as to highlight some of the key factors that have contributed to GreenCape’s success. The case study draws on the records and experience of those who were involved from the conception of the organization to the present day, and would be of interest to those in government and business in other regions who are tasked with developing strategies for green growth or low emission development.

The following factors are central to GreenCape’s success in supporting the development of the green economy at subnational level.